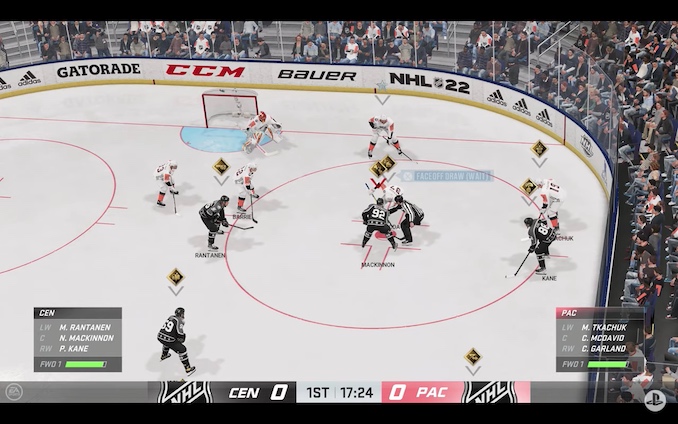 Yes. Especially if you’re a fan of the Seattle Kraken. 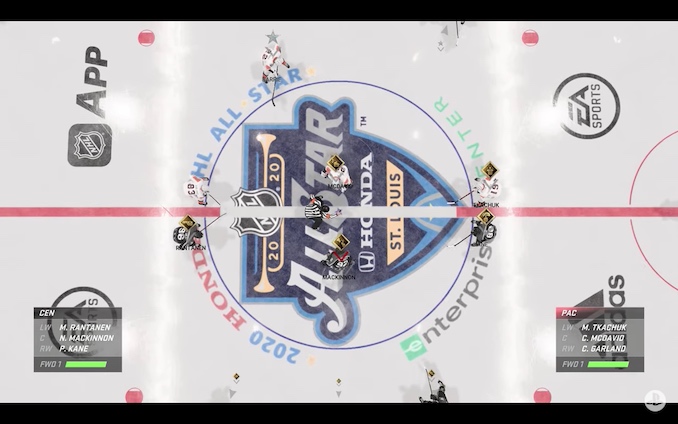 The NHL series is back! What, you think a little thing like a pandemic-truncated season could get in the way of an EA annual release? We’ve been playing NHL since 1991 (well, except for that weird NHLPA year in 1993), and while it’s evolved leaps and bounds since the days of Gretzky’s pixelated bleeding head, it’s also been in a bit of a holding pattern the last five or so years. NHL 22 looks, and plays, a lot like NHL 21, even as it touts a brand new gameplay system “built from the ground up” for next-gen systems.

What’s here is good, as always. NHL 22 is the prettiest hockey game ever released, with gorgeous HD graphics that do neat things like track the degradation of the ice over the course of a game. The crowd looks better than ever, with less noticeable cut-and-paste spectators in the stands. It also plays impeccably; the right analog stick is used to land context-sensitive checks, as well as to deke and to shoot. It’s far from the first NHL game to go this route, but it’s definitely the best. 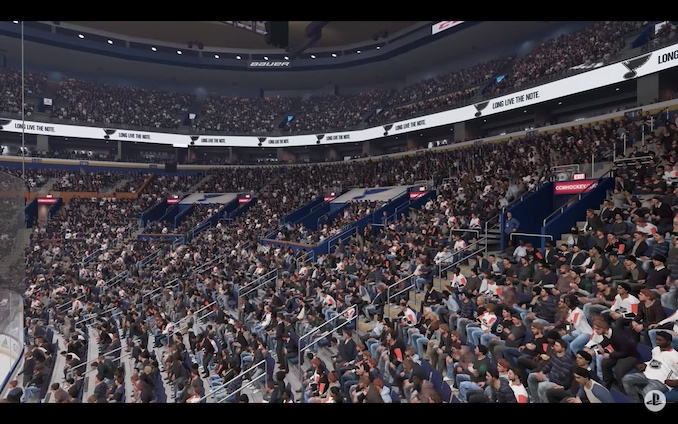 Unsurprisingly, NHL 22 has a plethora of returning features, some good, some… not so good.

The “Hockey Ultimate Team” mode is here, with its rewarding string of challenges to keep players occupied. “HUT” is a lot of fun, and to its credit, it’s not so aggressive about microtransactions, unlike the comparable “MUT” over in Madden 22. That said, it’ll still try to nudge you to buy loot crates with real-world money, the largest transaction ringing in at $133.00(!!) . If I sound like a broken record at this point, I don’t care: microtransactions suck, they especially suck in AAA games – NHL 22 retails for a whopping $89.99 – and publishers should know better.

There are other problems with NHL 22. Once again, the series struggles to deliver lifelike play-by-play, with announcers consistently failing to respond to what’s happening on-screen. One time, announcer Ray Ferraro went on about a “momentum shift” when I was down three goals with 1.8 seconds left in the game. Another time, the world’s most obvious high-sticking call had colour commentator James Cybulski wondering, “let’s see why the refs blew the whistle…” The announcers also aren’t programmed to interrupt themselves. This leads to awkward situations like Ferraro complaining about my team’s “scoring drought” even though, by mid-sentence, I’d already scored the game-tying goal.

NHL 22 can also be glitchy, at least in the cutscenes, and especially during post-goal celebrations. It’s a minor thing, but odd to see so frequently in a next-gen title. 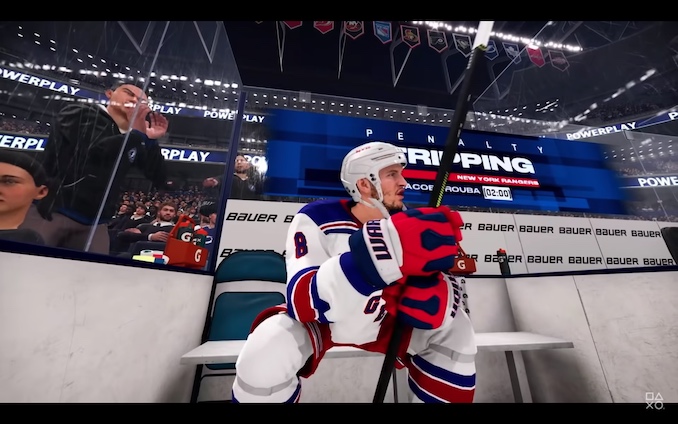 It’s safe to say most players want to know what’s different, especially since this is the first next-gen NHL title, one programmed in the fancy new “Frostbite” engine. To be honest, probably the most noticeable changes involve the controller. Not the controls – those are unchanged – but the controller itself. For one, the game makes excessive use of the DualSense’s haptic rumble to “mimic” the sensation of skating. Which, to be honest, just means the controller lightly vibrates the entire game. (Thankfully, this can be turned off.) NHL 22 does make better use of the DualSense’s built-in speakers. Not only does the controller play music after a goal, it’s also where you’ll hear teammates shout things from the bench like, “take the shot!” or “hurry up!” It’s cool.

The officiating also feels a bit more reasonable this time out. Back in NHL 21, the lightest tap of the stick resulted in an automatic tripping or slashing penalty – that’s no longer quite the case. On the other hand, I’ve lost track of the number of times I’ve absolutely decked a dude from behind, head first into the boards, and there’s been no call. If the NHL series is where kids learn the rules of hockey, they’re learning all the wrong lessons.

There are other, subtler changes, including some new animations, like the different ways a centre gets ready before a faceoff. The puck physics also appear to have changed; pucks deflect realistically, and I was happy to see more pucks fly into the stands like in real-world hockey. (The virtual fans seemed happy.) Finally, each team has designated “Superstar” players with unlockable “X-Factors”, which are special abilities unique to their playstyle. While these can be useful, it’s frustrating that the abilities, some of which have unique animations, can only be unlocked through “HUT” and must be manually assigned to players between games. 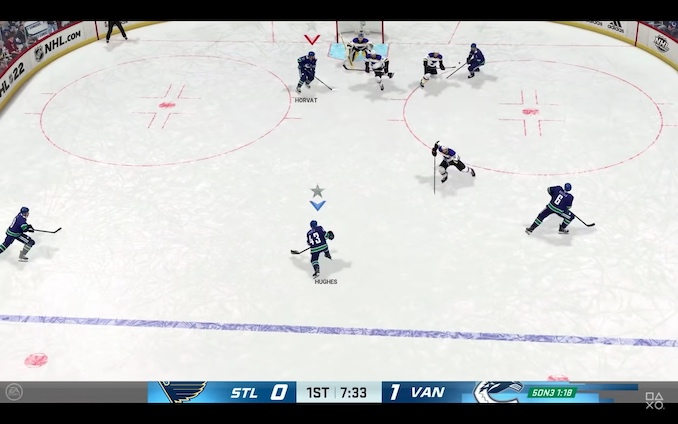 Oddly, the ability to stir it up has been greatly reduced in NHL 22. There’s less time to fire off a shot after a play ends, which means less time to antagonize enemy AI. The ability to shove your glove in the face of your opponent appears to have been removed, while the amount of fighting has gone way down. I guess this is all good from a sportsmanship perspective, but it’s bad from an “I just wanna see Gordie Howe and Wendel Clark throw down” perspective.

Speaking of which, it’s nice that the character designs have been remodelled, especially on the classic players. During closeups, Gordie and Wendel actually look quite a bit like Gordie and Wendel, though still far from lifelike.

And hey, that’s NHL 22 in a nutshell, isn’t it? Quite a bit like real hockey, though still far from lifelike. With possibly one circa 1994 exception, NHL 22 is the best hockey video game ever released. It’s also, more or less, the same hockey game as NHL 21, with some minor tweaks. But if you’re desperate to play as the brand-new expansion team Seattle Kraken, you’ll know where to find it. As someone once said,

It’s in the game.

Our review of The Dark Pictures Anthology: Little Hope, developed by Supermassive Games. Released on October 30, 2020 for PS4 […]