Throughout the month of October, Toronto-based immersive theatre company, The Hogtown Collective, will be releasing their new radio drama podcast, The Christie Pits Riot. Created by Sam Rosenthal and Drew Carnwath, the show includes a dynamic voice cast and original music. The podcast will chronicle the story of The Christie Pits Riot in August of 1933, shedding light on the rampant antisemitism across the city of Toronto at the time, bridging the gap between marginalized groups in Toronto, and getting Torontonians outside and engaged with their city’s history. 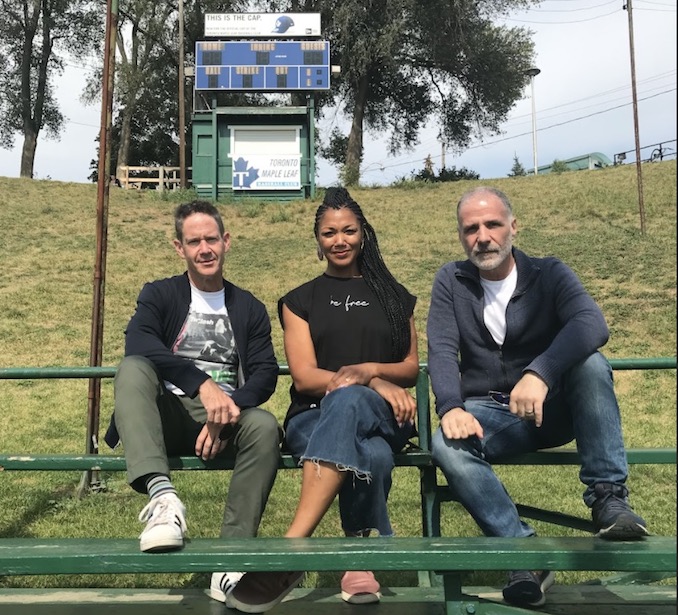 On the evening of August 16, 1933, at the Christie Pits Ballpark, then known as Willowvale Park, 2 local baseball teams, Harbord Playground and St. Peters, were playing a ball game amidst a crowd in the stands when chaos struck. At the end of the game, a pro-Nazi youth gang unfolded a white flag with the swastica banner on it, inflicting offense and fright among much of the Jewish and immigrant population in the crowd who quickly rushed to rustle the flag away. What then broke out was a mass brawl that would go on to last for over 5 hours, engulfing thousands of people fighting on the ballfield and across the immediate area of the city, resulting in many serious injuries. Prior to this night, local Jewish young men had been aware of this attempt and had prepared by calling to arms hundreds and hundreds of Jewish, Italian, and Portuguese young men, who came barreling to help that evening while the police were nowhere to be found.

While this event came as quite a shock to many, previous events in the city for several years prior had foreshadowed the outbreak that occurred in Christie Pits. In the wake of Hitler’s election to power in Germany in 1933, Antisemitism manifested across the world, leaving Toronto as no exception. “Nazi sympathizers felt emboldened to form swastika clubs and intimidate Jewish people and other immigrants”, Sam said, “It was really unbelievable that many people don’t know about this, but there was so much hate prevalent back then that it came to a boiling point. My grandfather who ran a store at Bloor and Manning, right around the corner from Christie Pits, and my father who grew up right on Euclid avenue, told me stories about how if you went north of Bloor street as a Jewish person you would get beaten up, harassed, and it was really quite bad.”

While the purpose of this podcast is to inform Toronto about this often overshadowed historical event, The Hogtown Collective strives to convey more than simply a dry history piece by providing listeners with an emotional experience to help them to understand what it might have been like to live through that time. The story narrates 24-hours through the eyes of a 12-year-old Jewish boy, Joey Rosenbaum, in 1933 who runs errands for his father’s drug store and eventually attends and experiences the infamous baseball game. His experiences and stories are based upon Sam’s father who grew up as a young Jewish boy in the late 1930s and early 1940s, combined with research from the time and the riot to create an accurate and thought-provoking storyline. The choice to utilize the perspective of a child was intentional, as Sam said, “we centralized the story around 12-year-old boy because to me only a young kid can look at an adult and say ‘why do they hate us’ or ‘why do people hate’, only a young boy or a young girl can ask with such wonderful truth about why there’s so much hate in the world”.

This podcast also serves as a walking tour, describing the visuals and state of Toronto nearly 90 years ago, and encouraging listeners to walk down into the pits to follow along with the narration. With Covid-19 having acted as a major limiting reagent for theatre companies in the past 18 months, The Hogtown Collective aimed to create a safe outdoor experience for listeners, bringing theatre back to life amidst a dark period for the industry. “It’s similar to listening to a play, as we’ve cast many talented actors to play the voice roles, so it’s like a good old-fashioned radio drama. People listen to stories in podcast form nowadays, so this is like a modern-day radio,” Sam said.

The audio-drama also features music by Measha Brueggergosman, an international Canadian opera star, who wrote an original song entitled “Champions” with Lennie Gallant for the show, and provides the soundscape behind many of the scenes. “It’s really great to have Measha do it because as a powerful voice in the arts industry, and as a proud woman of color, she adds a great dimension to our story. She’s able to speak to the immigrant experience so we were really lucky to have her involved in our show,” Sam said, explaining the fusion of the struggles between 2 marginalized groups in Toronto and bringing the relevance of the themes in the podcast into the present day.

To listen to The Christie Pits Riot Podcast which will be launching a new episode each week of October, please visit The Hogtown Collective website.