Amidst the onset of the pandemic in March 2020, Steve Massa, better known as Monsieur Steve on YouTube, a Toronto-based French teacher was struck with the inspiration to connect with his students across Canada during the wave of isolation and lockdowns. Thus, he began to create parent-targeted YouTube videos focusing on engaging children in at-home learning as online schooling measures persisted. Though he had little digital creating editing experience and he experienced a steep learning curve, he soon observed that the videos were gaining momentum as the numbers of views rose accordingly. “Since the beginning of the pandemic it’s been a labor of love because there’s a lot of work that goes into it but it’s definitely worth it,” Steve said, affirming the rewarding nature of his work. 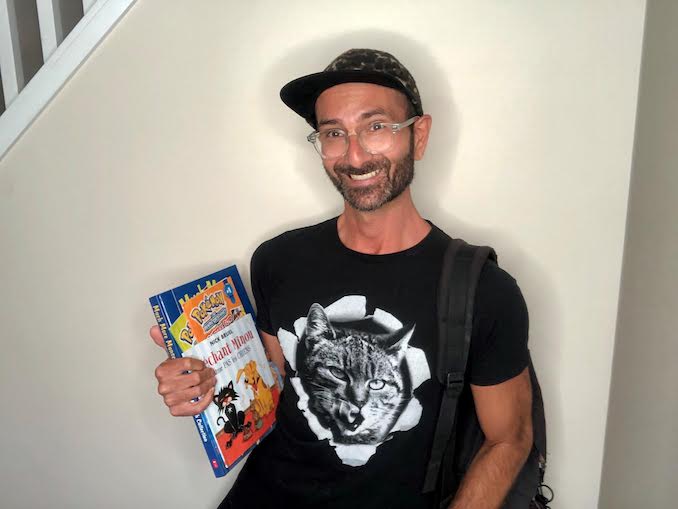 As he continued to explore the realm of educational YouTube content, Steve noticed a gap in foreign language resources, specifically for younger students on the platform, and began to transition to a sharper focus on French-related content. “That’s where I came in ”, Steve said, referring to his mission to incorporate his fun and energetic learning style that he brings to the classroom into his videos. “If the kids aren’t having fun and they aren’t being engaged, they’re not really reaching their full capacity and they’re not learning the way that they should be,” Steve added, referring to the necessity of instilling curiosity and desire to learn as well as the association of learning with fun as opposed to drudgery.

While the Monsieur Steve YouTube channel and the uptake in online learning resources were born out of the pandemic, this increased accessibility to French education will serve as a long-lasting impact on the education system, regardless of COVID-19 online learning protocols. By infusing popular activities and pop culture references into content, Steve is making french education more relatable to students, alleviating some of the dryness that is often associated with french education. “For example, in one of my videos about learning around the house vocabulary, I took something that was quite popular last year, Among Us, and I took my idea of around the house vocabulary and mixed it with an Among Us theme where I went around the house looking for the imposter,” Steve explained. In addition, he has integrated elements of mental and physical well-being into his channel, posting virtual field trips featuring nature throughout Ontario and movement break videos. “I want to be the well-rounded go-to channel for French teachers or parents,” Steve said, hoping to encourage healthy habits in conjunction with education.

As his videos began to gain traction and he utilized view counts as a measure of efficacy, Steve remained level-headed and continued to seek motivation from a sense of community and duty to students around the world. “I wanted to truly make a difference and help out. Knowing that the videos were starting to get used signaled that they were serving their purpose,” he said. Since the launching point of his channel, Steve has received numerous messages everyday from people all across Canada, and even from different areas of the world such as Australia and the United States. “My mind was blown when she told me that 8th grade kids in Texas dig my videos. I was like you can’t be serious, who ever thought that a video of me here in Toronto would have reach enough to teach a classroom in the states,” he remarked.

Local explorer of the abandoned, Freaktography, has found a hilarious way to deal with negative comments on his YouTube channel. […]