On Saturday, August 7th, Nagata Shachu, a Taiko drumming ensemble based on Toronto, and DJ Dopey, one of one Canada’s premiere DJs and Turntablist, brought their 2 vastly different genres of music together to create a fusion of the cultural and the modern aspects of music in a concert entitled “Taiko x Turntables!”. The event had been postponed since March of 2020, and was professionally live streamed from the Aki Studio in Regent Park, Toronto. 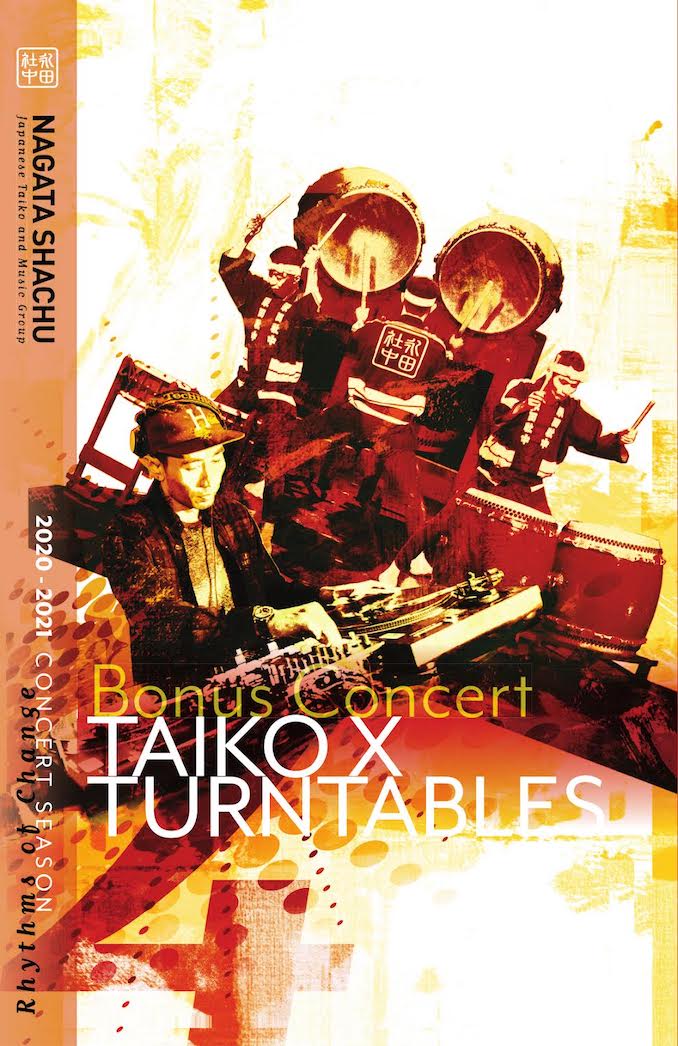 Taiko drumming is a Japanese folk style of drumming, traditionally played in festivals or to accompany dancers or theatre actors. However, in the pursuit of rejuvenating Taiko music, Nagata Shachu strives to place a spotlight on the drumming by creating their own enthralling compositions as opposed to playing strictly traditional folk songs. In addition, the group seeks to expand their musical horizons and intertwine Taiko drumming with a variety of diverse and modern music styles by collaborating with both local and international guest artists, such as Indian tabla drummers, Korean drummers, jazz musicians, and orchestras. “We love to learn, and by learning about other musical styles hopefully that becomes incorporated into our own musical playing as well”, said Kyioshi Nagata who founded the group in 1998.

Through the merging of Taiko drumming and Turntabling, the music combined the primal Japanese drum beats with hip hop and scratching, bringing together the old and new worlds of music. Through this event, Nagata Shachu and DJ Dopey also hope to merge the respective communities of Taiko and Turntabism. Historically, Nagata Shachu and Taiko in general has had an older fanbase, and thus the ensemble aims to reach a younger and more diverse audience. Conversely, DJ Dopey is most popular among younger crowds in the city, and this event will help to introduce many people in the older demographic to Turntablism for the first time.

While the 2 styles do differ a great amount, at their core they were able to find a common language and compliment each other. “For both of us we don’t use Western Notation, it’s all by feel. So we can play a rhythm and the DJ can feed off of what we’re playing and he would find certain beats for certain rhythms that he can play on top of. Even though the 2 genres are so different it’s still all about feel, finding the groove, and working off each other’s energy. It’s not contrived at all, it’s a very natural process”, Kyioshi explained.

Throughout both parties’ musical journeys, the Regent Park community has had a positive impact by providing them with an opportunity to learn and perform. For many years DJ Dopey has been teaching turntabling at the Regent Park School of Music, while Nagata Shachu has given several workshops and performances at public schools in the area. To give back to the community that they’ve been involved with for several years, free entry to the live streamed concert was provided to the members of the Regent Park community.

“A Day in the Life” with Japanese Taiko drummer Masa Ogawa