Over more than two decades Rose Bolton has been garnering acclaim and enthusiasm from audiences and major collaborators alike. Last year, her brooding string quartet The Coming Of Sobs was nominated for Classical Composition of the Year at the JUNO Awards. Her music has been commissioned by the likes of the CBC, stalwart experimental music festival the Sound Symposium, the Esprit Orchestra, Continuum, Arraymusic, the Kitchener-Waterloo Symphony, and guitar quartet Instruments of Happiness (led by Tim Brady).

Together with Marc de Guerre, she produced an 8-speaker sound and video installation for Toronto’s Nuit Blanche Festival. She’s also been featured by the likes of revered pianist Eve Egoyan, the Luminato Festival, The Vancouver Symphony, L’ensemble contemporain de Montréal, The Music Gallery, and AKOUSMA, while appearing in concert alongside the likes of Jerusalem in My Heart (Constellation Records), Tanya Tagaq, and Francis Dhomont. Bolton is also a respected film composer, notably contributing music to the highly regarded documentary Anthropocene: The Human Epoch (co-directed by Jennifer Baichwal, Nicholas de Pencier, and Edward Burtynsky).

As a performer, she variously employs electronics, violin, and viola. Parallel to her engagement with exploratory approaches, she’s invested in the fiddle traditions of the British Isles, and various Canadian regions. She teaches this repertoire at the Royal Conservatory of Music. Bolton has also performed with Rhys Chatham, Owen Pallett, opened for Charlemagne Palestine, and appears on recordings by the likes of Chatham and Aidan Baker. In 1999 she joined the Canadian Electronic Ensemble, whose fifty years together make them the world’s longest-running live-electronic music group. 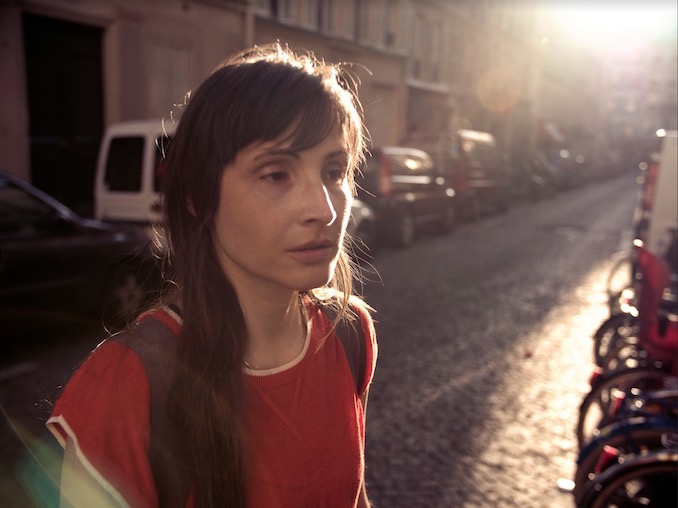 Guilty Pleasure Song: Not applicable–Only listen to music I love, and if I love it I don’t feel guilty about it.

Live Show Ritual: I totally avoid going out to restaurants or bars at night after performing. I just need to head home to decompress right after a show.

Early bird or night owl? Night owl, but only if I am at home

Hmmm, not sure. Neither is great for biking!

I’m not a foodie but I love Le Select, La Bettola Di Terroni or Speducci Mercatto–fantastic Italian in northwest Toronto.