Sometimes in life there are other plans for everyone, and Michelle Joseph, a writer and podcaster, took on a different course in her life when she changed her career path and is now currently doing a career that gives her the opportunity to express her creativity in a career she is passionate about. 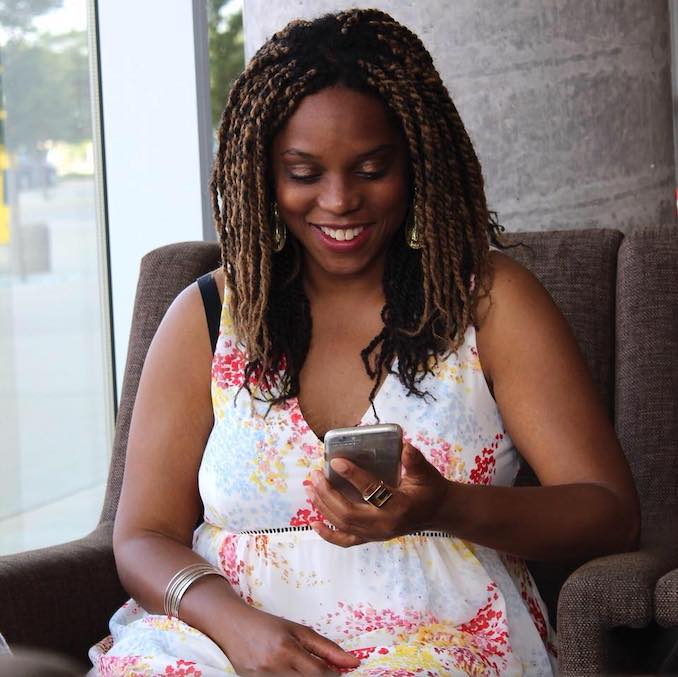 Michelle Joseph has always been passionate about writing since she was a teenager, and would write as a side hustle before taking on journalism full time.

During this period, Joseph would take on jobs not relating to her passion after studying Sociology at York University. However, Joesph did have quite a few opportunities to put her journalism skills to good use at these jobs when she would take on any editing roles.

Before deciding to dedicate her time to fulfilling her passion full-time, Joseph had a job as a career counsellor after sending her cover letter and resume to Humber College without applying for any position.

“Being a creative person, I realized I was never taking creative jobs,” said Joseph when talking about the jobs she had before becoming a podcaster and writer.

Joseph said it is a constant struggle to do a career that limits one’s ability to express their creativity.

After being laid off from her job, Joseph decided to take that leap and used her skills as a friendly, approachable and the people she met and shared stories with her to take on what she has been passionate about since she was a teen.

Joseph came up with the idea to do her own thing and created the podcast, Words with Michelle in 2014, after becoming fed up of people turning down her pitches and queries.

She was also influenced by the now defunct Toronto Star published magazine, Sway, a lifestyle magazine geared towards empowering and entertaining those who identify as African and Caribbean Canadians.

She overcame this obstacle with the help of a former boss who saw potential in her and with the encouragement of a friend who was also a podcaster.

One thing Joseph enjoys about podcasting is how fast and instant it can be as stories can either be as short as five minutes or as long as 45 minutes.

The popularity of social media also helped shape her love of podcasting because it helped her connect with guests and led to building more connections and collaborations with people — which is something she enjoys achieving and also credits helping people during her time as a career counsellor.

She also enjoys being able to highlight the achievements of people of colour, as it is not being done as often as it should, through her podcast.

Writing also gives Joseph the chance to express her creativity as she loves thinking about what she’s going to write and enjoys when people share their stories as it would intertwine into what she writes.

“Once you give someone a platform, they’re willing to share,” she said.

During each podcast, Joseph has learned a variety of new things when hearing people sharing experiences from their point of view and share their opinions on a range of different topics.

So far, she has learned the most from what people have experienced during the pandemic such as dating, looking for love and finding work during the time period.

When sharing advice for those who are aspiring to become a podcaster and a writer, Joseph encourages people to just do it and not to allow anyone to tell them they cannot achieve their goal and that the learning never stops while people are on their way to achieving their goal.

About Sydnee Walcott 2 Articles
Sydnee is a writer who enjoys writing on a variaty of topics ranging from culture, music, lifestyle and food. She is also open to talking on almost any topics outside of she usually does.

Marswa Blossom Yarmeto is a Canadian-Liberian born in Liberia, West Africa during the heat of one of the most barbaric […]

“A Day in the Life” with writer, Ron Base

I first met Ron Base when he was working with my sister. She was editing one of his books, The […]

“A Day in the Life” with writer and designer Heidi Sopinka

Heidi Sopinka is a novelist who lives in Toronto. In 2012, she co-founded Horses Atelier, a clothing line that is […]