For this week’s comedy feature we had the pleasure of speaking with Sima Sepehri who shared details on her comedy style, her influences and where we can follow her! Not only is Sima a witty, relatable and incredibly entertaining stand-up comedian, but she has also appeared in a variety of tv and film productions. 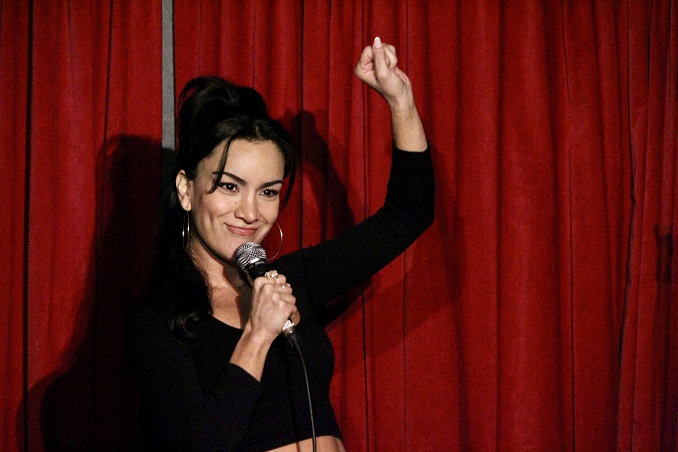 A lot of observations and parallels. I touch on my heritage a lot and how my culture has shaped me.

I am mostly influenced by my comedy heroes here in Toronto because I get to watch them on a nightly basis. Tamara Shevon, Allie Pearse and Brandon Ash-Mohammed to name a few.

I watched a lot of Seinfeld, SNL, MadTV and Chappelle Show. I really love Julia Louis Dreyfes. I think she’s incredible. Her career is insane. Who is your favourite comedian now? I really love Ali Wong. She’s the goat.

Get super nervous and go over my set like it’s going to be the last time anyone will ever have me perform.

Definitely, Comedy Bar because it’s the home of our community here in Toronto. And there are so many independent show producers/comedians who put on shows there. But I also just performed at Laugh Lounge, which is a club in Ottawa and that was super fun. Love the space and the whole vibe in there.

I have this bit about my dad not really approving my choices for acting roles I love. Because there’s a real twist in the end and it always gets audiences.

I’m on season two of The Hardy Boys which airs on YTV, Hulu and StackTV. And I run a weekly stand-up comedy show called Tiny Grievance Comedy in Toronto.

PAY IT FORWARD: Who is another local comic/comedian we should know about?
Definitely the comics I mentioned earlier and also Marito Lopez who is now in Vancouver but tours the country regularly.

With influences in both music and comedy, Toronto-based comic Abbas Wahab pulls from his real-life experiences when writing his comedy. […]

Hoodo Hersi is a Toronto-based comedian whose comedy can be seen on Just For Laughs, the Winnipeg Comedy Festival, Halifax […]