Therapists are very expensive. But writing songs is free. That’s why Daniel Busheikin started No Frills, a bedroom-pop project brought to life by a band of familiar faces in the Toronto independent music scene, including members of Hooded Fang, Twist, Rapport, and his own previous band Grounders.

With songs about life, love, death and depression, the premise is bleak. But when imbued with Busheikin’s sardonic humour and wry self-awareness, the music is playful and inviting, tracing the whimsical desperation of someone trying to eke out a drip of optimism.

No Frills’ forthcoming debut LP Downward Dog (out April 2022) is a “pandemic record.” When Toronto shut down, Busheikin channelled his newly-acquired free time into writing songs and recording them piecemeal. Drums and bass were tracked to tape at Gavin Gardiner’s (The Wooden Sky) garage-turned-studio, and the rest in Busheikin’s basement where, in lieu of a proper engineer or high-end gear, Busheikin was creatively DIY. To get his ideal vocal tones, for example, he sang through a KN95 mask with a toilet paper tube around the microphone.

The result is a memorable collection of lo-fi pop, ranging from angular indie rock to intimate ballads, woven together by warm analog production reminiscent of 50s crooners and early 60s pop.
No Frills has supported acclaimed US indie acts Chris Cohen and Jerry Paper, as well as local favourites like Kiwi Jr., Nyssa, and Ice Cream. They showcased at Pop Montreal 2019 and were slated to perform at (the cancelled) Sled Island 2020. 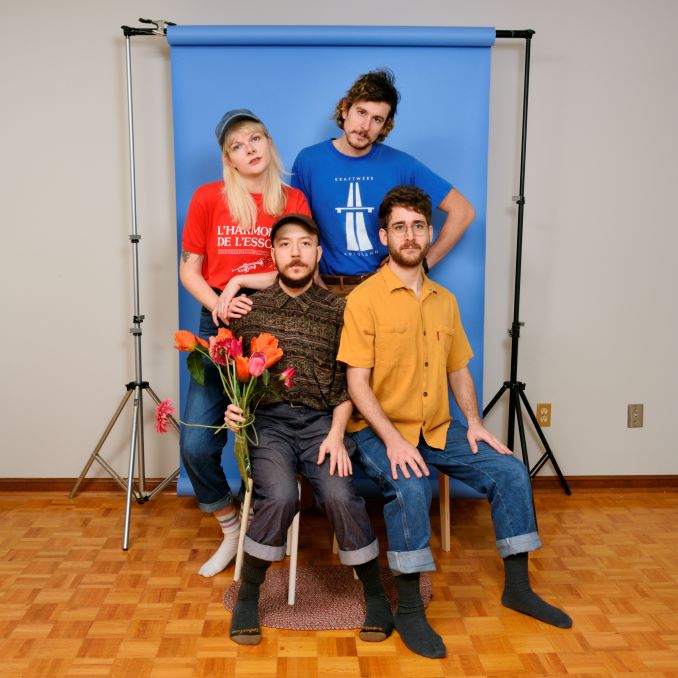 I pretended I liked Led Zeppelin but didn’t really like them, and I wish someone would have just told me, it’s OK not to like Led Zeppelin

Been listening to a lot of R.D. Burman instrumentals lately and that’s been great

“This is What It Feels Like” by Armin van Buuren and Trevor Gutherie of soulDecision, whose song “Faded” would be my second choice

One time I went to the chiropractor first but nothing really

I have absolutely no opinion on this, but we have an LP coming, so… LP?

Early, gotta get my oats asap

House of Indian Roti, which slings a delectable mango lassi. It’s very close to my house.

Palmerston, the part with all the nice street lamps. It’s magical!

Bellevue Square Park because I have lots of nostalgia.

Tidal Wave is a 7 piece Art Rock band known for their powerful soundscapes and diverse instrumentation. Formed in 2018, […]

“A Day in the Life” with actor, Vasili Prangikos

As a professional vocal and performance coach to countless Juno and Grammy-nominated and winning artists including Roy Woods OVO, JESSIA […]

Dream pop/indie rock duo Soft Set is James Gray and Nathan Athay, longtime friends who grew up together in both […]