Doug Ford’s Conservative government recently proposed a massive overhaul of the entire healthcare system in Ontario. Healthcare workers and agencies involved in the medical system have listed plenty of reasons to be concerned about the bill, and the usual avenue for sharing those concerns is public consultation. 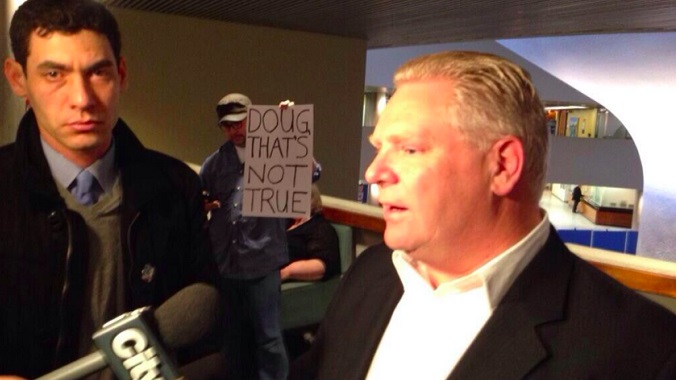 However, Ford’s PCs have already closed the window on those consultations after just 24 hours notice.

Yesterday (March 27th) at noon, Health Minister Christine Elliott made a motion in the legislature to open up hearings on the new healthcare bill. She scheduled just two days of hearings, both in Toronto. The public was invited to attend and speak – provided they registered in time.

That registration period? It just ended, at noon today (March 28th), leaving the public with barely 24 hours of time to learn about the consultation, locate the clerk’s office contact information, and submit a request for registration.

For comparison, previous consultations have run for 30 to 45 days, or even longer.  For example, the public consultations on banning single-use plastics opened on March 6th, and you have until April 20th to leave your own comment. In the absence of those consultations, these hearings appear to be the only chance for public input on the bill, which seeks to radically reshape the structure of Ontario’s healthcare.

Ford’s instinct for closed-door and secretive policy making has gotten him in trouble in the past; consultations on his cancellation of cap-and-trade, a move which has since cost the province millions in lost revenue, were only opened to the public after an environmental non-profit threatened to sue.

“This is not how democracy should work,” said NDP healthcare critic France Gélinas when asked for a comment. “It’s to silence anybody who would like to speak to what’s really in the bill. Their [Ford’s PCs] friends would already know this was coming, would put their names forward, and would all be speaking in favour of parts of the bill. Anybody who has a dissenting voice, they don’t know in advance and find out at the last minute – by the time you realize you’re available to comes to Queen’s Park on a Monday morning at 9 o’clock… it discourages people from having a dissenting voice. It’s to silence.”

The Health Minister’s press secretary responded by noting that “[i]nterested parties have known for a week what committee this bill was going to and have had this week to email the clerk of the social policy committee asking to present in front of the committee. This timeframe has been comparable with other bills passed by our government.” It is unclear how these interested parties were notified or who they are; the committee’s publicly-available website was not updated with details of the hearing until yesterday’s motion passed.