To celebrate their signing to Prosthetic Records, Vile Creature will collate their back catalogue into one limited edition digipack compilation, titled ​Preservation Rituals (2015-2018).​ The collection goes someway to chart the – so far – short, but definitely spellbinding progression of this Ontario-based duo.

When the seed of Vile Creature was planted back in 2014, Vic learned to play drums in order to bring the pair’s creative vision to life. Together with multi-instrumentalist, KW, the two have pursued an artistic passion that has to date resulted in two full length albums and one EP that traverse the slow, methodical realms of blackened doom.

Dripping with vitriol, abrasively confrontational, and vitally, loud; Vile Creature is the epitome of heavy metal. Eschewing the tropes of the genre’s predecessors Vile Creature are subversive in their socio-political commentary – and throw in a dash of science fiction for good measure.

2015’s ​A Steady Descent Into Soil​ LP set the bar high with composition which may be sparse by design, but delivers texture and depth in spades. Last year’s critically acclaimed concept album, ​Cast of Static and Smoke,​ is based on a self-penned sci-fi influenced short story which put the band comfortably at the forefront of progressive and genuinely innovative metal. Sandwiched between the two albums came an EP – A​ Pessimistic Doomsayer​.

Thematically the debut detailed personal experience of violence towards marginalized people, whilst the EP considered fiction as a form of escapism. Rounding out the trio of releases, ​Cast of Static and Smoke​ saw the band creating and exploring their own world. With lyrics that confront feelings of aggression and vengeance, Vile

Now for the first time all three recordings will be made available on CD in a 2-disc set. With artwork created by Stephen Wilson, photos by Scott Burns, and housed in a double, spot varnished digipack along with a lyric and story book, this collection is limited to 1000 copies worldwide and has an unreleased audio book version of ​Cast of Static and Smoke.

Vile Creature has already played with Aseethe in the US, Bismuth in the UK, and a well received set at the inaugural Black Flags Over Brooklyn event. Future live plans include a short run of European tour dates leading up to Roadburn Festival in the Netherlands, plus a unique performance in conjunction with the Gardiner Museum in Toronto as part of their presentation of renowned artist Ai Wei Wei’s Unbroken exhibition. 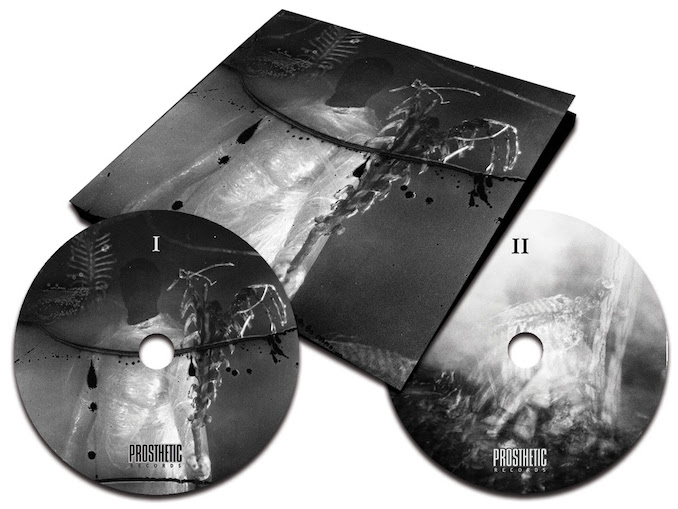 Latest Release: Preservation Rituals (2015-2018) will be in stores starting March 15 but is available to order for immediate shipping here: http://smarturl.it/VileCreature.

Latest Single: “Forest, Subsists as a Tomb https://youtu.be/xwFpZCgjdeU
(From Cast of Static and Smoke album)

Vic – Boy Harsher
KW – the Tragically Hip & the Hold Steady, i haven’t changed much to be honest.

Vic – Goodbye Horses by Q Lazarus
KW – Africa by Toto, but i don’t feel guilty about it because it S L A P S

Vic – We start every set by saying “I Solemnly Swear I am up to no good” to one another
KW – and we end it by saying “mischief managed.” we are fucking nerds.

Vic – Coco Riot
KW – Kat Gomboc aka soft point, they tattoo out of the Outcast Club and are easily one of the most talented artists I have ever encountered, and when you mix that with how wonderful of a person they are, it’s the perfect combination.

KW – Pig Destroyer Destroyer & a side of Totchos from Apiecalypse NOW destroys all of these every time.

VILE CREATURE have announced their signing to US-based label, Prosthetic Records.
To celebrate, the band will collate their back catalogue into one limited edition CD digipack compilation, titled Preservation Rituals (2015-2018). The collection charts the – so far – short, but definitely spellbinding progression of this Ontario-based duo. The compilation will be in stores starting March 15th but is available to order for immediate shipping here.

VILE CREATURE will head out on a European tour this spring, culminating with an appearance at Roadburn Festival; full tour dates are below. On April 16th Vile Creature will perform in conjunction with renowned artist Ai Weiwei’s UNBROKEN exhibition at Gardiner Museum in Toronto. Visit this website for details.