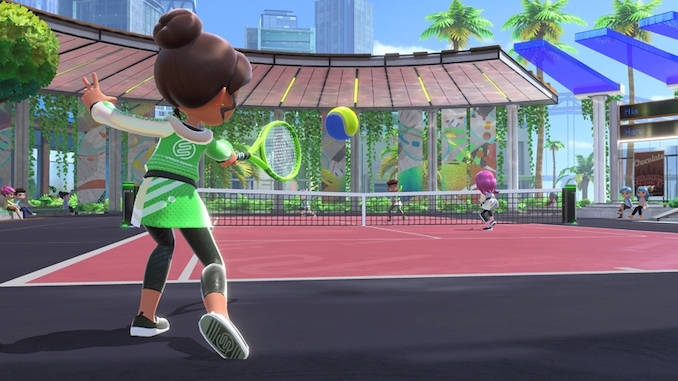 A throwback to the Nintendo Wii era.

Sure thing! It’s really a party game, but the online multiplayer gives it some extra legs.

Anyone, so long as they’re wearing a wrist strap so they don’t throw the-JoyCon into the TV screen. 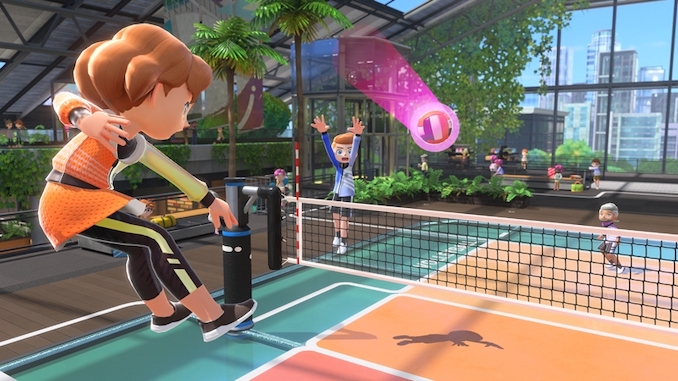 I am the king of Nintendo Switch Sports.

I just want everyone to know this. Some 10+ years since I last played Wii Sports, I waltzed into my first set of Switch Sports matches and won each of them – bowling, tennis, badminton, soccer, volleyball, and sword fighting – handily. Apparently I still remember how to play.

It certainly helps that Switch Sports is more or less a direct remake of Wii Sports, with highly intuitive controls that can be learned quickly even if you never played the original. Still, while Switch Sports is an easy recommendation for Switch owners looking to pal around with friends, let’s be real about it: if you still have a Wii kicking around, you’re better off with Wii Sports Resort, the first and still the best sequel to the original Wii Sports. 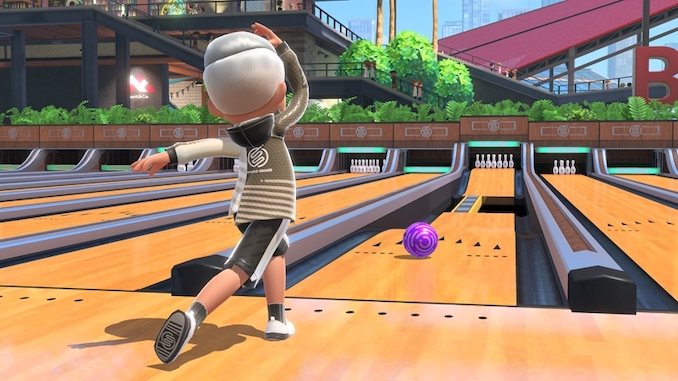 By any objective measure, Nintendo Switch Sports is a step backwards compared to Wii Sports (2006) and especially its sequel Wii Sports Resort (2009).

Let’s start with numbers. Switch Sports has six sports to choose from. Wii Sports had five, but it also offered several bonus modes for each sport. Sports Resort had thirteen, with even more variations.

Switch Sports is motion-controlled, but is really only limited to three axes: horizontal, vertical, and diagonal. Sports Resort, which relied on the WiiMotionPlus accessory, had full 1:1 motion control – a feat which no other console generation (not counting VR) has ever accomplished. Swordplay with full motion control on Sports Resort easily trounces the limited range on Switch Sports‘s returning sword fighting mode – though, to be fair, the latter is still fun.

And sure, graphically, Switch Sports has a widescreen HD sheen, but it maintains the same simplified graphics from its predecessors which date two console generations back. That’s kind of absurd in 2022.

For any other video game, the above would be a death sentence. However, even delivering the same (or slightly worse) experience is, in this case, enough. Switch owners probably don’t have their Wiis out anymore – or if they do, the consoles have gathered so much dust they’re probably a fire hazard. Anyway, I get it. Switch owners just want to play something Wii Sports-like on their brand-new video game console. And on that front, Switch Sports delivers. 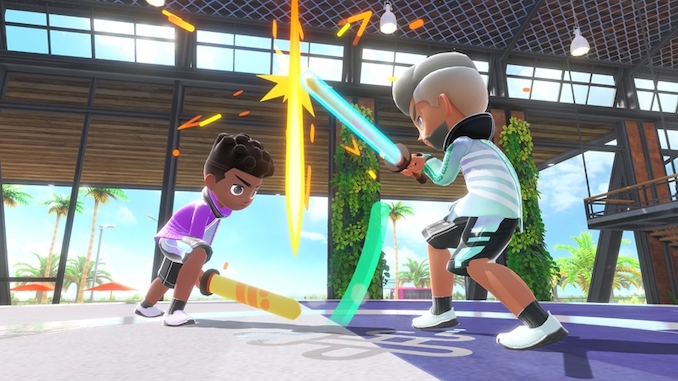 Like it was sixteen years ago, Bowling is the clear winner here. The interface is intuitive. It does exactly what you want it to do. It’s the game that sold the Wii to grandpas and grandmas everywhere. (Though, to my knowledge, there’s no Wii Sports grandma like there is the fabled Wii Fit grandma, who played the game every day for more than ten years.)

Volleyball, a new addition, is surprisingly satisfying. Getting the (generous) rhythm down to bump, set, spike can be a lot of fun. Though, like other games in Switch Sports, I really wish there were more gameplay sliders or options to play differently-structured matches. One recurring problem across Switch Sports is the utter lack of customization – you’re going to be playing by Nintendo’s ruleset, Nintendo’s points system, and Nintendo’s predetermined player count. Volleyball, for example, is only available in 2-on-2, with you controlling both players on a team if you’re playing on your own.

Incidentally, player customization in Switch Sports is also ridiculously limited. Instead of a closet’s worth of clothing options, you have to slowly, painfully grind out randomly unlockable clothing items and accessories. Mercifully, none of this is paywalled (glory be to a modern sports game with no microtransactions), but it’s a drag when all you want is to put that one silly hat on your character, but can’t manage to randomly grab it.

Soccer/Football, a new addition, is the next most entertaining. It plays remarkably like Rocket League but without the cars: controlling a single character, you run like a maniac up and down the football pitch, chasing a comically oversized football in either a 4-on-4 or 1-on-1 match. Rocket League is definitely more dynamic, but I can see myself regularly coming back to Switch Sports Football whenever I want to play something simple and quick.

Both Tennis and Badminton are fun, and very similar, but Tennis has a real problem. Maintaining the stupid, stupid precedent set by Wii Sports, Nintendo has once again refused to include singles tennis. Instead, if you want to play 1-on-1, you’re stuck controlling a pair of players in a doubles match. In theory, the game is supposed to detect which of your players is closest to the ball, so that when you swing in real life only that player swings on screen. In practice, the ball sometimes falls into “No Man’s Land” and the game can’t quite figure out who’s supposed to be swinging. It’s awkward, it’s dumb, and totally inexcusable some sixteen years after gamers first complained about the lack of tennis singles.

Finally, I may be spoiled by Sports Resort – and, to a lesser extent, the brilliant lightsaber simulator Red Steel 2 – but the “Chambara” Sword Fighting game didn’t grab me. The limited control axes turn it into more of a game of rock-paper-scissors – do I go horizontal, vertical, or diagonal? – rather than a proper duel. If you’re anything like me, you’ll probably wind up failing about for one or two duels, then move on to other sports. 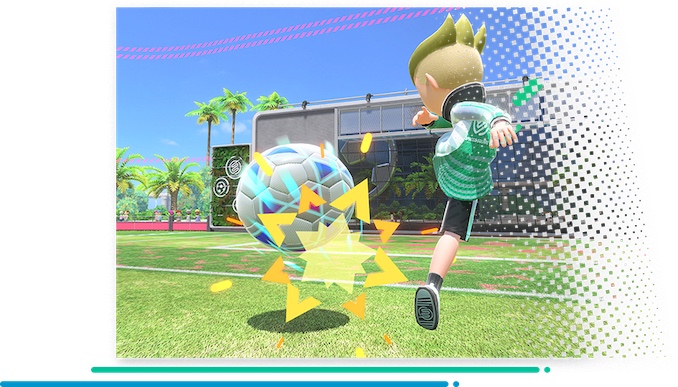 If you liked Wii Sports or if you just want something you can bust out when friends or family are over, Switch Sports is worth your time. But if you have handy a copy of Wii Sports – or better yet, Wii Sports Resort – you probably don’t need Switch Sports, unless you’re really keen to play online.

As I said at the outset, I’m the absolute king of Switch Sports, and am totally stoked to bowl another near-perfect game against my woefully inadequate online foes, so for me it’s definitely worth it. Notwithstanding its weaknesses relative to its predecessors, I really do get the appeal of Switch Sports. Plus, I think I lost my Wii.

Our review of Within the Blade, developed by Ratalaika Games. Available now for PS5 (Reviewed), PS4, Xbox One, Nintendo Switch, […]