I didn’t used to vote. For most of my adult life I have been a cynical political agnostic, an abstainer who truly believed that irrespective of my vote, and irrespective of most peoples’ votes, nothing significant ever changed simply by virtue of one politician or another being elected or not, one party or another gaining or losing power. 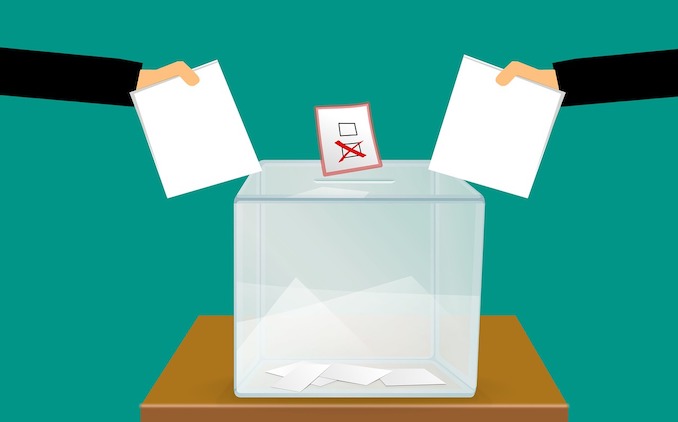 So I rarely voted. And regardless of which party was in power in what jurisdiction, it usually seemed to me that scandals and dishonesty, half-truths and deliberately misleading doublespeak were the consistent order of business for governments and politicians.

I now realize, to my considerable embarrassment, and notwithstanding my arguably justified cynicism, that I was wrong to not vote. More importantly, I know how I was able to be so ignorant with impunity: my indifference was a product of my immense privilege. To borrow a phrase from the late John Kenneth Galbraith’s wonderful 1992 book, I am part of the culture of contentment.

It is now, and has always been, completely safe for me to allow the status quo to continue, quite irrespective of who is or was governing. My privilege is secure as a white male professional. I can continue to thrive if my taxes go up. I will continue to prosper if social programs are cut, and my taxes go down.

I have realized though, shamefully late in the game, that it’s not about me. It’s not about any of us privileged, pampered, white, upper-middle class men who worry about how much taxes we pay, or about interest rates, markets, and the threat to our way of life posed by “immigrants.”

It’s about our children, to be sure, but even they for the most part have little to worry about, except inasmuch as our excesses and those of the generations before us (who at least didn’t know better) have imperilled the planet we will bequeath them.

But mostly it’s about all the people who haven’t been so lucky, who perhaps chose their parents less carefully, or who elected to be born in more tumultuous parts of the world. It’s about the countless millions on the planet, both in North America and abroad, who, like our ancestors before us, need to start over, or in some cases simply start, who deserve a chance to grab the ring that most North Americans had handed to us, or at any rate placed close enough that we need only reach a bit for it.

In America, Trump debases the very concept of democracy, not the least by maligning the media, thus undermining the informed citizenry that is a pillar of a working republic. In Alberta, the newly formed United Conservative Party is being led by a fear-mongering putative Christian who is trying vainly and loudly to take Alberta back a few decades; to Leduc in the 1950s, when air was clean, sex was dirty, and money talked. In Ontario, an oafish conservative boor has been forced underground lest his presence contaminate and scuttle the national campaign of Andrew Scheer’s deliberately no longer progressive Conservative Party of Canada. Mr. Scheer, whose Christian zealotry rivals that of Mr. Kenney, appears to be trying to out-do his predecessor and some say puppet master, Stephen Harper. Andrew Scheer genuinely seems to believe we can make Canada great again by cutting billions in spending, and mumbles with his fingers crossed that the conservative wet-dream of a balanced budget can be achieved without more taxes. Although the emboldened so-called conservatives in Canada, like Trump and his quislings, would have us fear “liberals,” fear deficits, fear our neighbours, and fear the “other,” I am afraid of something worse. I am afraid that if we don’t soon appreciate the failure of trickle-down neo-conservativism, the lovely but demonstrably false myth that self-serving rugged individualism will yield a cohesive and compassionate social fabric, we will pay, or actually, our children will pay. Their privilege will no longer protect them. The I hear a rumbling, and it’s the pounding of fists on the windows of our air-conditioned limousines. It’s the disenfranchised multitudes, alienated by the policies that protect us and disempower them, as they grow in number and frustration, in the hot dirty waste from our production, our progress.

My biases are clear: raise my taxes if it will help, but leave more oil in the ground, negotiate a fair price for the land and resources we’ve stolen, and welcome others to this broad great continent, not as temporary workers by means of whom to keep costs down, but as builders of a future, a future that can, if we let it, if we are willing to pay for it, be as bright as that delivered by and to our grandparents and their parents, when they arrived anew.

Vote. If you’re tempted to stay home, don’t, but vote so others may enjoy that which too many of us take for granted. Staying home is not a protest, it’s a privileged washing of hands. Vote like it matters, because it does.

The Elections Canada website has a lot of info for voters.

Last year’s municipal elections were unusual, to say the least. Premier Ford’s unprecedented intervention in an ongoing election through the […]

Top Family Friendly Events Happening in Toronto this May

Spring is here. The trees are budding with new life and the flowers are budding everywhere. After a long winter, […]

The Climate Change Plan That Is No Plan At All