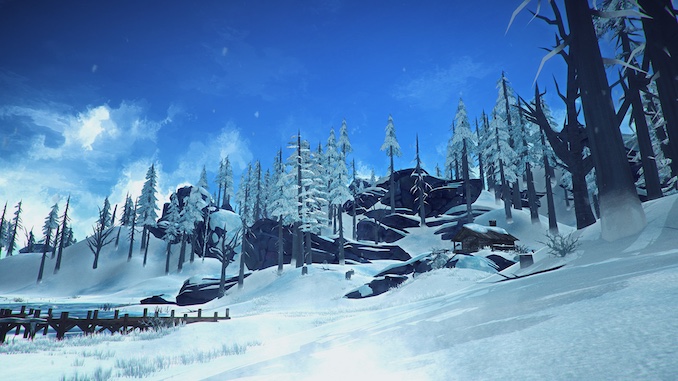 It is thrilling. You will sweat in fear, then shiver from the realistic on-screen cold. 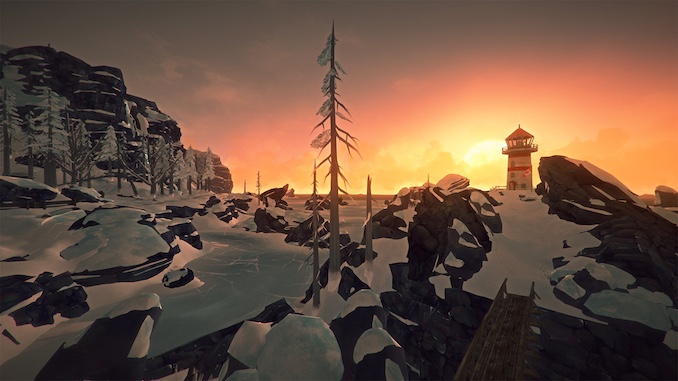 It’s rare that we here at the Toronto Guardian revisit a game, but The Long Dark – which we endorsed in our Holiday List back in 2017 – has recently undergone a major update, bringing with it the third of five planned episodes in its “Wintermute” story mode. If you’ve been playing TLD – a Kickstarter smash dating from 2014 – then you already know what a hauntingly beautiful experience it is. If you haven’t, then buckle up, zip that parka, stash some power bars, and maybe grab a lighter or two: it’s time to (re)visit the Great White North. I’m a skeptic of the games-as-experience model. Even though, full disclosure, I contributed to The Long Dark‘s Kickstarter fund a half-decade ago, I wasn’t entirely pleased by the decision to release the game in instalments, mode by mode, episode by episode. When does such a game truly become “reviewable”? Will the content be the same tomorrow as it was yesterday?

For now, at least, there’s enough TLD that I’m confident in calling it one of the capital-G Great Canadian video games, and a masterpiece in its own right. Three of five episodes in, there’s a narrative worth exploring in the lengthy Wintermute mode, while the core Survival mode has, thanks to years of tweaks, settled into a finely balanced rhythm.

That rhythm is one of death and reincarnation. The goal in TLD, at least in its sandbox Survival mode, isn’t to complete the game so much as to survive as long as possible. Thrown headfirst and ill-equipped into a bitter Canadian winter, you must hurry to find shelter, food, water, and heat, all while contending with the ever-looming threat of darkness (the game runs on an accelerated day/night cycle), hungry wolves, and the harshest of elements. You don’t necessarily win The Long Dark, you just learn to get better at it.

Functionally, the game is a first-person survival adventure, taking place in the aftermath of a mysterious Canada-wide energy blackout. Set in a beautiful northern wilderness – mountains, valleys, lakes, abandoned villages, vast forests, and so much more – your one and only goal is to press onward and gather the supplies necessary to stay alive. Fail to properly manage your body temperature, thirst, hunger, and/or fatigue – all stats tracked in a simple on-screen interface – and you’ll quickly find yourself condemned to that truly long dark that awaits us all. It’s a close call, but I think the open-ended survival mode is the better of TLD‘s two modes. It truly feels like a gruelling, but fair, survivalist adventure. There’s nothing quite like the experience of eking out one more day, discovering one more new area, and then, inevitably, hitting that Game Over screen and starting all over again, more determined than ever.

Sometimes, you’ll survive only a day or two, before finding yourself caught between a wolf and its caribou prey, or stumbling off a cliff and breaking an ankle – a death sentence in either case. Other times, you might survive for weeks of in-game time (translating to at most a half-dozen real world hours), barely dragging your frostbitten, malnourished, and badly injured body across the snow during daylight hours, then grabbing an anxious couple hours of sleep by night. But that’s only if you stumble across an abandoned cabin; otherwise, it’s another night huddled in the half-shade of a barren tree, praying your makeshift fire doesn’t blow out. Wintermute, The Long Dark‘s story mode, is a decidedly different experience. It eschews randomness for a predetermined landscape, albeit one constructed of the same environmental elements that make Survival mode work so well. With Wintermute, you’re getting a specific, quasi-linear adventure, beginning with a plane crash on the outskirts of a wintry northern town, and sending you on a set route to find help, locate a missing companion, and, well, that’s To Be Continued in episodes 4 and 5.

On the one hand, I appreciate a good story. This one is decently well acted, with vocal performances from David “Solid Snake” Hayter and both of the Commanders Shepard. It’s also fairly compelling: there’s a hint of mystery, a few recurring characters (and animals) to get familiar with, and it does a good job of pushing you towards locations you might have missed while wandering through Survival mode. Perhaps most importantly, Wintermute has an end point. You survive. You “win.” I like games I can walk away from, victorious.

On the other hand: Wintermute is easier, or at least feels easier, than Survival mode. At times it feels like it’s been constructed with the player’s success in mind, which makes sense for a story mode, but also undercuts some of the tension. Additionally, the missions involve a lot of backtracking and, even worse, collect-a-thons: it’s one thing to harvest wood for the coming night’s fire; it’s another thing for the game to impose a task like “collect X kg of wood to continue”. Not all of the voice acting is good, and the story elements can bog things down: I want to push forward, and explore new areas! I don’t want to sit here and listen to some grizzled old dude talk about his grizzled old life.

On the whole, though, I appreciate Wintermute for delivering what’s probably a necessary story experience. A game can’t be just about survival, notwithstanding the relative success of genre highlights like Subnautica or No Man’s Sky. Eventually, you’ll need a reason to come back, beyond that itch to survive just one more day. Whichever mode you prefer, TLD is remarkably beautiful to look at. Rendered in a not-quite-cel-shaded, not-quite-watercolour style, it brings to mind such sources as Okami, late Impressionism, and, naturally, the Group of Seven.

During The Long Dark‘s day, a staggeringly bright sun reflects off pristine snow. At night, grey puffs of Van Gogh smoke hang in the air above ramshackle log cabins. Snowstorms blind the player with white painted lines of wind and sleet. The moon looks like it could be made of paper. Even as you’re running to escape an aggressive predator or find shelter before nightfall, you can’t help but admire the scenery.

This aesthetic is arguably central to making TLD such an enjoyable, thrilling experience. To put it another way: it’s fun to die a beautiful death. The game simply wouldn’t work as well if its world was bland and nondescript. I love it because it’s ruthless and knocks you dead again and again, yet always makes you feel like it’s your fault for not planning your journey better.

Most of all, I love The Long Dark because, every so often – whether it’s the wind blowing in my ears, the murder of crows that flies overhead, or the sight of bare trees that hang starkly against the midnight sky – it sends chills up my spine.

Visit the official page for The Long Dark here.