Our review of MLB The Show 22, developed by San Diego Studio. Available now for PS5 (reviewed), PS4, Xbox X/S, Xbox One, and Switch. 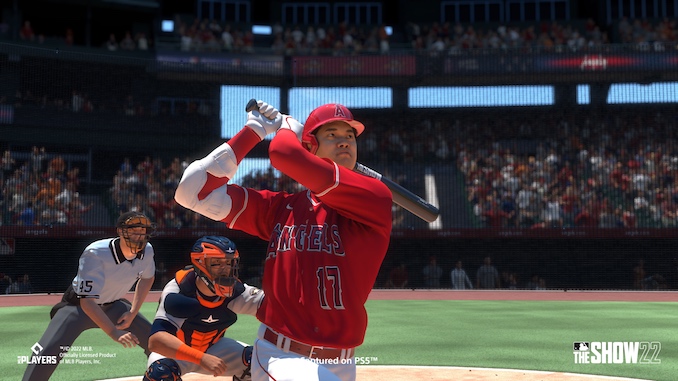 The only baseball game. 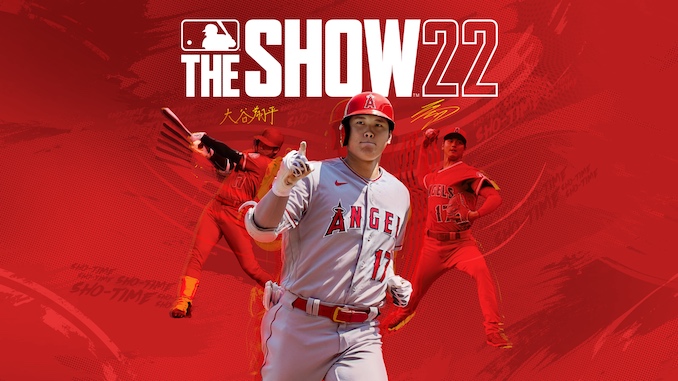 Close my eyes, and I can perfectly conjure up the cover of RBI Baseball ’94 for the Sega Genesis. The first baseball game I ever owned, I can still remember being driven out to the Consumers Distributing store, picking the game out of the catalogue, and excitedly waiting for it to appear from the mystical depths of the Consumers warehouse.

RBI ’94 came out in 1994, but I was still playing it by the time I graduated high school in 2005. Lights off and TV on mute, I’d stay up into the early morning hours playing game after game of Team Toronto vs. Team Montreal (Tengen had failed to acquire the MLB licence), or socking a few dingers in the home run derby. Even as I graduated to newer systems and fancier games (Metal Gear Solid 3, Prince of Persia: the Sands of Time, Ico), there would still be those high school nights where I’d keep my Genesis running well past when my parents thought I was asleep.

Video game sports have come a long way from the blocky, 16-bit graphics of the Sega Genesis, though there are still some which hold up remarkably well. I don’t know that I could return to RBI ’94 now, and I’m almost afraid to do so. Instead, after years away from the digital version of one of my favourite sports, I find myself booting up – and largely enjoying – the brand-new MLB The Show 22. 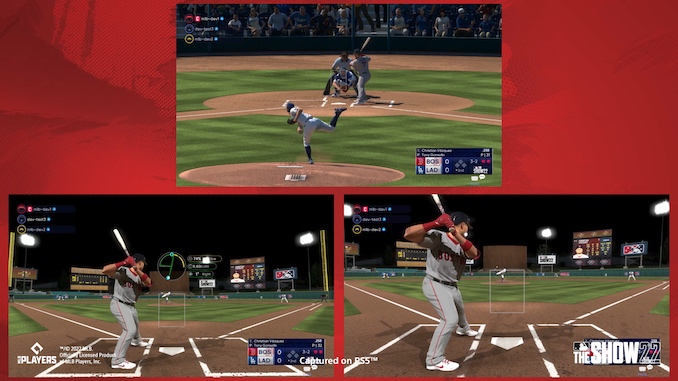 MLB The Show 22 is the only game in town. And I do mean only. With licences expiring all over the place, there are quite literally no other baseball games on the market. Oddly, this also means that a game from an in-house Sony studio is available on multiple platforms. I’m not sure the last time a Sony product was playable on the Switch or Xbox, but here we are.

Frankly, the biggest improvement in MLB 22 is that, reflecting a real-world change, the Cleveland baseball team has finally rid itself of its racist name. (Sadly, Atlanta’s awful team name is still in here.) Other than that, there have been minor improvements to animations, the pitching and batting mechanics, and to some of the modes. The most fun I’ve had is in “March to October”, in which I get to take my chosen team – the Blue Jays, naturally – through a succession of key moments throughout a season. So, for example, MLB 22 might drop me into the 8th inning of a tie game, taking control of reliever Jordan Romano as he tries to eke out a win. Or maybe I’ll play through a series of plate appearances by Vladimir Guerrero Jr., the rest of the game – and players – out of my control. It’s a neat way to blast through baseball’s highlight moments, in a sport that’s notoriously slow moving. 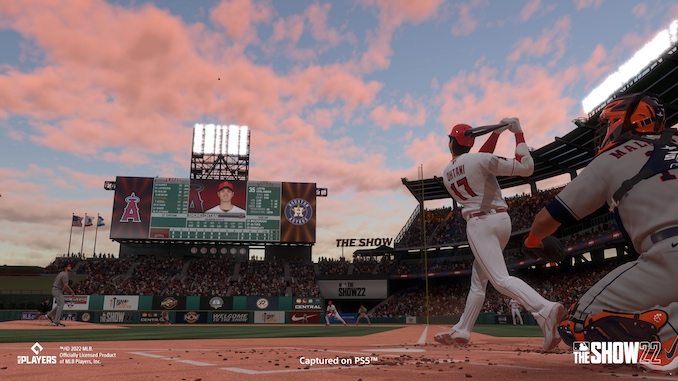 There are definitely some problems with MLB 22. It looks a lot like MLB 21, which is disappointing for this first baseball game of the next-gen console generation. Character models are only okay, while the baseball diamonds are surprisingly ugly and low-resolution. It can’t be that hard to render believable grass or dirt, but MLB 22 doesn’t even try.

MLB 22 is also tough, something my Genesis-raised self was not prepared for. They say that hitting a baseball thrown by a professional pitcher is one of the toughest things to do in sports. MLB 22 recreates that sensation, with pitchers who are fast, devious, and largely unbeatable until you’ve devoted several hours’ worth of learning the MLB 22 ropes. I never suffered any no-hitters against the AI, it’s not that tough, but it definitely skews towards the sim style of baseball video games, as opposed to, say, RBI ’94‘s delightfully arcadey gameplay.

I have mixed feelings about the MLB 22 commentary, as well. Announcers Jon Sciambi and Chris Singleton sound believable, they react dynamically to what’s happening on screen, and they’re good at peppering quieter moments with natural-sounding conversation and anecdote. Play in Chicago, for example, and Singleton will happily talk about his rookie years with the Chicago White Sox. However, they also tend to repeat themselves – a problem that other sports games aren’t immune from, but which is always distracting.

Overall, for baseball nerds like me, MLB 22 is a fun time. Once you’ve figured out the batting system, you shouldn’t have much trouble getting the hits (and rare home runs) you need to stay competitive. Fielding is easy enough, although it can take some getting used to the throwing mechanic, which relies on a power meter. And even if the diamonds are pretty rough looking, the SkyDome itself looks great. I think I even spotted my dad, from whom I inherited a love of the sport, in the stands.

Visit the official page for MLB The Show 22 here.

Playdate (Gaming Console) Review: Before It Was Cool

Our review of the Playdate handheld gaming console by Panic Inc. Available now. WIND-UP CHRONICLE The crank is a prank. […]

It is time to get excited about baseball again. Spring training has begun for the Toronto Blue Jays in Florida […]