Victoria Dunsmore found her passion for the arts at a young age when she attended an elementary school with a focus on fine arts. This gave her the opportunity and the experience to perform in front of several audiences, which set her sight on the world of showbiz. At the age of seventeen, Victoria had the chance to act in her first play. This combined with her avid consumption of films and her deepening curiosity into the craft of acting pushed her to continue to chase her passion.

Victoria moved to Toronto from Kamloops, BC, in 2012, to attend the Randolph Academy for the Performing Arts (now Randolph College). After graduating from the triple-threat program, she refocused herself and made it her goal to get as much on-camera experience as possible. 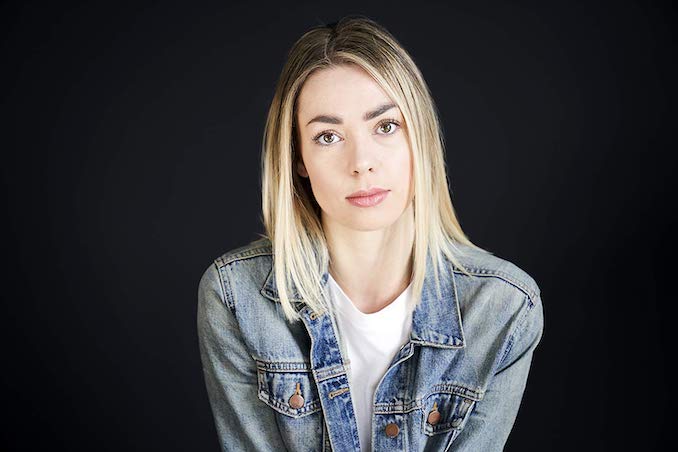 From there, Victoria began making indie short and feature films with local filmmakers, shooting commercials, modelling in creative photoshoots, and acting in multiple YouTube series productions. She continued to hone her craft by training with some of the industry’s notable teachers including John Gordon at The Dirt Underneath, Pro Actors Lab with Andrea Runge, at RAW Studio under Sophie Ann Rooney, and at Unit 102 Actors’ Studio with Dave Lafontaine.

What drew you to this film?

VD: I was initially very drawn to the risk being taken in this film. All of the characters in the film are extremely vulnerable at one point or another, and that’s exciting to play. Sexual expression is still something we keep behind closed doors, despite how natural it is, so this film is very unapologetic about some tricky subject matter. It’s not for everyone, and I appreciate how that may be cause for discussion. Anything worthwhile from a creative standpoint should have elements of provocation. This movie has it in spades.

Can you tell us about your character?

VD: Ashley is a young, naive actress that wants to be a star. She wants to be a leading woman, and will do pretty much anything to achieve her goal. She very quickly realizes her limits, however, when she’s cast in an art film where she is expected to perform unstimulated sex on camera. Initially, she commits, her ambition getting the better of her. Soon after, however, she begins to grapple with the dilemma of compromising her integrity for opportunity, and vice versa. Ashley struggles with her fear to speak up, which I believe is a realistic and honest portrayal of how difficult it is to fight for what you deserve. Her role falls very much under the #metoo umbrella. 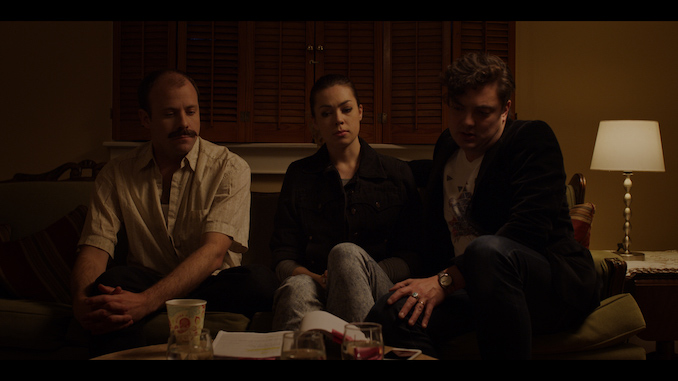 There are a few Toronto references in this film. Tell us more?

Will you be at the premiere and Q&A? We always wonder with actors, what are you hoping someone NOT ask you?

VD: I will most definitely be in attendance for all the public screenings and the Q&A’s afterwards. I mean, I’m a pretty open and articulate person. I think the rule of thumb should be don’t ask questions you don’t want to hear the answer to, because I am liable to be very honest and passionate about the things I find meaningful. That doesn’t always rub people the right way. I love discourse, I love debate, but there’s a time and a place for that.

You’ve been to TIFF, tell us about one of your favourite Festival moments?

VD: My first year living in Toronto, Meryl Streep had a movie premiering at TIFF. I think in 2014? Either way, I had a magazine cutout of her that I had kept from high school, it used to decorate one of my binders. I had planned on fan-girling that premiere so hard! I was going to try and see if I could get the cutout signed. Meryl was sick with the flu, however, so she didn’t end up making it to the premiere. That might be the silliest story I could tell, but to bring it full-circle: Meryl will be at the premiere of the Laundromat this year, which I am attending. She is receiving her lifetime achievement award from the festival this year as well. I realize the concept of ‘celebrity’ is a strange phenomenon we’ve created culturally, but nevertheless, she has always been one of the biggest sources of inspiration to me. To have a movie premiering at the festival in a year where her work is being featured as well, makes this experience unfathomably magical to me.

What’s the best career advice anyone has given you?

VD: Don’t take anything too personally.

We understand you enjoy listening to podcasts, any recommendations?

VD: Off Camera with Sam Jones, and What The F**k with Marc Marron are my go-to’s!

The Woman King is Black Excellence! The cast deserves their flowers in this career defining movie for Viola Davis. From […]

In the Arts: What to see & do in Toronto this September

Fall has always been a favourite season for us. The days are still warm and the nights are just cooling […]