We had the pleasure to talk with Rush Kazi, Montreal-born, Toronto-based comic, non-binary, bipedal, carbon-based stand-up, sketch, and musical comic. We spoke with them to find out more about their comedy style and influences. 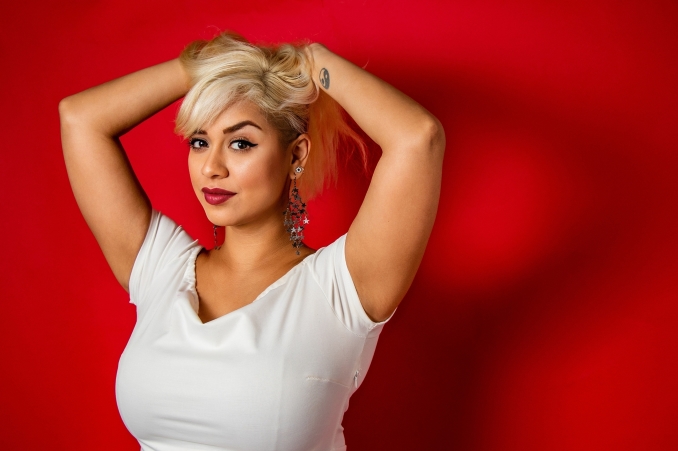 I think I have more inspirations than influences. When I first saw brown comedians on TV like Russell Peters, Sugar Sammy, and Ali Rizvi, I realized that I didn’t have to just be a doctor, lawyer, engineer, or accountant like my parents always insisted. Kristen Schaal made me realize I could be as zany as I want. I was already crass, but Amy Schumer made me realize that I didn’t need to censor myself in comedy.

Grabbing a drink to make sure my throat isn’t dry, and then going to the bathroom. Don’t want to have any “accidents” on stage.

I have been running an open-mic, Laughter Luau, since 2012 and that was my favourite place to find new comedians. During the pandemic lockdowns, the show shifted to a virtual format, and it was amazing to see comedians who were starting out under such crazy restrictions still being incredibly funny!

You can catch me at Courtyard Comedy Saturday, August 7th, and I’m taping a special for OutTV on August 20th! I’ll also be recording an album soon after through Howl & Roar Records, more info will be up on my website as soon as I have it!

There’s no way I can mention enough names here, but in no particular order, I LOVE Leonard Chan, Al Val, Jade Niles Craig, Sarah Ashby, Kevin Shawanda, Bobbi Summers, and Oren Williamson, just to name a few. And obviously, I need to shout out to Courtyard Comedy’s Robert Watson for being such a superstar. I have more names, but you’d run out of space.

I’ll do you one better, you can watch me tell a joke on my website’s main page.

Everyone has a story to tell. Amir, a Syrian man and his young wife escape the terrifying destruction in the […]