Scott Drucker is a documentary filmmaker based in Toronto. He currently works for FCB, where he has created two award-winning campaigns for the Canadian Down Syndrome Society and Fountain Tire respectively, and one global campaign for BMW (made in collaboration with Toronto based graffiti artist Omen). He has also created content for Vice, Hulu, ESPN, the Crackle Network, and VH1, and has shot 4 feature films to date, including Who is Arthur Chu?, which he co-directed and produced along with Yu Gu, and three-time Academy Award winner Mark Jonathan Harris.

As his friend and manager, he has reminded me to mention that he’d rather be working for RVCA full-time, filming skating, surfing, or skiing, only shooting on film, and that “35 is the new 25 (or some weird age adaptation people say now),” so be on the lookout for a career shift in the near future. 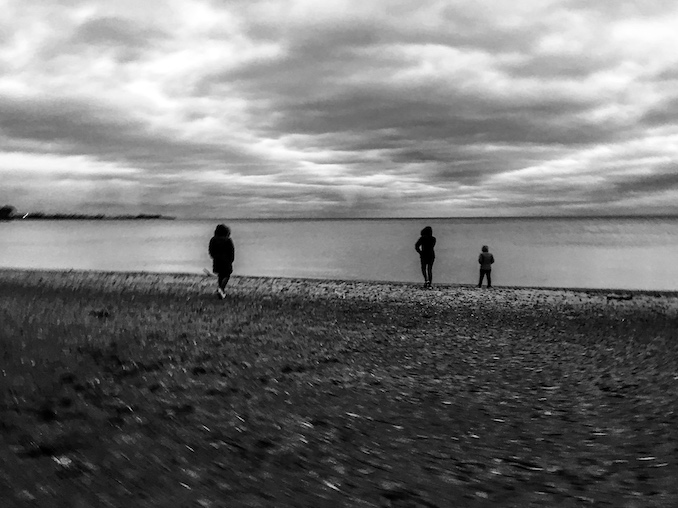 I’m in Mississauga. . .wait does that count as a Toronto hood? I’m originally from Chicago where I’d probably get some flack for listing a suburb as “living in the city.” . . .but I think it counts according to the GTA system. I once lived in Mt. Hood though which was probably the closest I’ve been to actually living in a hood.

I currently work two full-time jobs. Well almost. I work for FCB (an ad agency) as their Director/Director of Photography. Realistically, this is more like a job and a half, and then I also work part time on freelance projects. I consistently work 60-70 hours and look forward to the day that I only have to work 40 hours a week, like a true European.

It’s project to project with FCB as I create “content” for all of our clients, but I’m still working on distributing a film that premiered at Slamdance and Hot Docs in 2017, called Who is Arthur Chu? It’s truly a labor of love and Arthur’s story has taken so many twists and turns since we started filming in 2014 that we’d have to sit down for a coffee or beer to unpack it all. But since Arthur’s been a bit reclusive lately, it’s been all the filmmakers on the promotion front as I’ve taken the lead with this DIY distribution plan. While we found a distributor under Sony Pictures, marketing the film is in our hands. It’s sort of a Catch-22 as we need dollars to advertise the film and thus make sales, but we need to sell the film first to have the money to further promote it. Anyway, the distribution landscape is a tricky one to navigate these days and has definitely taught me a lot going into the next project, which is why I’ve been so slow to take on the next feature. With that said, I always have ideas I’d like to develop and hoping to go the route of doc series next. There seems to be a bigger market with streaming platforms like Netflix creating more content than people even have the time to watch. I heard that just with Netflix originals, there’s not enough hours in a year to watch everything they’ve uploaded.

The best way to watch Who is Arthur Chu? FOR FREE is with your local Toronto library card: https://www.kanopy.com/product/who-arthur-chu (which can be done online from home). It’s also on Amazon Prime which pays filmmakers a rapacious 6 cents per hour of streamed content. So if you really want to support independent cinema, then check out one of these other VOD links: https://www.arthurchufilm.com/where-to-watch. Oh, and here’s a link to some of the content I’ve created for FCB: https://vimeo.com/manage/albums/5635787.

In Ace in the Hole (1951, dir. Billy Wilder), a cynical journalist conspires to delay a cave-in rescue, counting on the ensuing media […]

Alina Vita Kulesh is, first and foremost, a poet. Yes, she is a director and a writer, but in her […]

“A Day In The Life” with TV series writer and director, Michael Hanley

Michael Hanley is an alumnus of the Canadian Film Centre’s Writers Lab. Although sometimes his husband would disagree, Michael is […]