Themba is a South African DJ taking the world by storm. Since his breakthrough in 2018, he’s gathered millions of listeners and has played alongside electronic music moguls. Themba’s music incorporates R&B and Jazz from his roots, trajecting the sound of South Africa worldwide.

We got the chance to speak to Themba about his early influences, future collaborations, and what drives his career as a DJ. 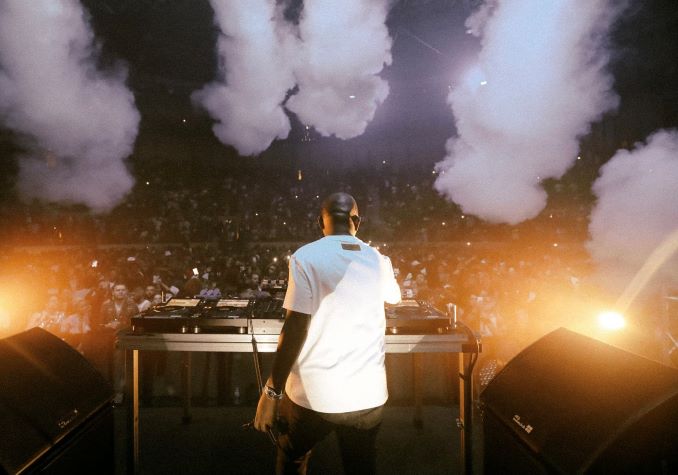 Where did you get your first inspiration to create music?

My first inspiration came from wanting to recreate the music I loved in my own way. I guess you could call it remixing, but I drew inspiration from a wide variety of music I grew up listening to, from Jazz to Kwaito, to Motown to Country and Disco, and I wanted to remake those songs in a way that felt special to me.

Are there specific artists that inspire your sound?

My taste is mainly influenced by African / South African Jazz and the dance music greats. In my opinion, some of the music produced by the African artists I admire stands up with some of the biggest records around the world.

What is your personal favourite track to perform and why?

Currently, still “Who Is Themba”, which is one of my records from 2018. It blows me away that 4-5 years later it’s still gaining a ton of traction and continues to gets bigger the more I tour around the world. Shazam shows that people are still constantly searching for this record which is amazing!

A South African collaborator of yours “Black Coffee” helped shape the sound of Drake’s album “More Life.” Could you see yourself bringing your unique sound to hip-hop someday?

I think naturally that’s where my path will lead me at some point; outside of house music, hip-hop is one of the genres I frequently listen to. I’m a serial collaborator, so I have no doubt there will be a point in time when I’m working on a release with a hip-hop artist. The one artist I daydream about collaborating with is Rihanna, so until that happens my motto has been “a luta continua”, which is an African term for the struggle continues!

Are there any Canadian artists that you’d like to collaborate with in the future?

Kaytranada is very high up on that list. He’s an absolute musical genius.

What are you most proud of to date?

I’m beyond grateful that I’m still standing firm on both feet and I haven’t swayed from my personal and musical goals, despite all the things the world has thrown at us these past couple of years. I truly want to be the best version of a human that I can be and spread happiness and the joy of music to as many people around the world as possible.

Although Themba’s Toronto show was canceled on November 5th, we believe that his unique sound will continue to take him far in the electronic scene. You can check out his newest remix “Bar A Thym” on all major streaming platforms.

About Justin Chamoun 3 Articles
Justin Chamoun is a freelance music writer from Whitby Ontario. He began finding his love for music by collecting vinyl, while pursuing his undergraduate degree. When he placed his first record on his turn table and dropped the needle, he came to a realization; It all made sense. That his love for music relates greatly to his potential career path. He has never wanted to market a product, but rather a person. A person with emotions, that wants to make their dreams come true.

An Incredible 25 Years With DJ Starting From Scratch

Revered as one of the top 100 most powerful people in music, DJ Starting from Scratch is considered one of […]

Growing up in a musical family, DJ Rosegold has been an avid music listener and fan from a very young […]

A “Day on the Life” with Toronto Creative D.W. Waterson