Our review of Chorus, developed by Fishlabs. Released on December 3, 2021 for PS5 (reviewed), PS4, Xbox X/S, Xbox One, Stadia, and Windows.

Star Fox without the Fox.

Anyone waiting for Rogue Squadron IV. 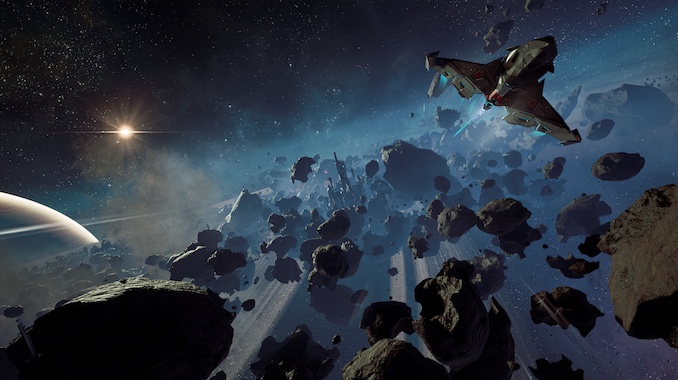 It’s unusual to see a game of galactic ambition arrive without an existing IP to back it up. Last time I encountered something like that, it was Mass Effect. Chorus, a new budget space shooter from developer Fishlabs, is not Mass Effect, of course. But, like Mass Effect, it does have a keen grasp of what makes its chosen genre great, and how best to emulate the existing franchises – notably Star Wars – to which it owes so much. It’s accessible, it’s fun, and even if it doesn’t have a Porkins as your wingman, it’s definitely worth a shot. 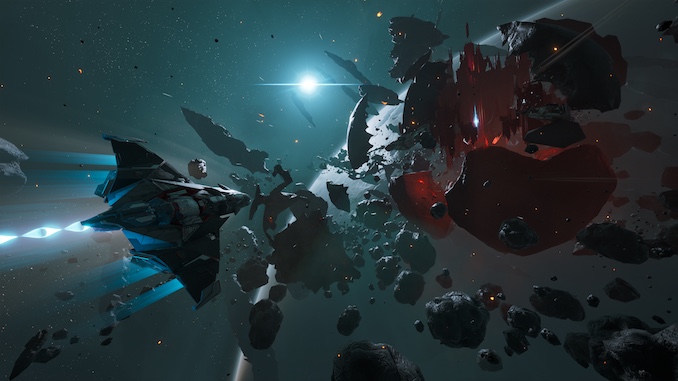 I like how Chorus picks up in media res, lead character Nara having already abandoned her role as dreaded lead pilot for a fanatical space cult. Now, she’s aligned with the forces of good, and must use all her abilities – including some nifty superpowers – to take the fight to her former cult masters.

Chorus is played from a third-person perspective, Nara’s smartship (it talks!) zipping around enemies as she deploys a variety of weapons plus those aforementioned superpowers. Nara is a “Gifted”, with access to mind-bending abilities such as the power to teleport her ship, or unleash a “psychic EMP” that temporarily disrupts enemy ships. These powers, slowly unlocked over the course of the game, add an interesting wrinkle to the standard space combat experience. Occasionally, Chorus also mixes things up by handing you control of a larger, tank-style “Spirit” ship. These sequences are slower, more deliberate, relying on the Spirit’s impressive firepower to mow down waves of enemies. They’re a nice break, though the real action remains with the dogfighting in Nara’s zippy little ship. 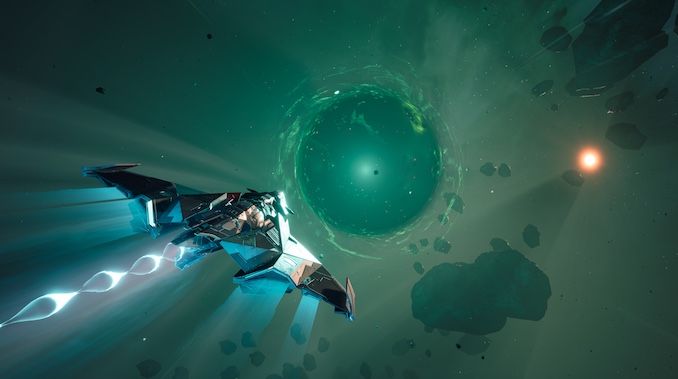 Chorus looks beautiful, perhaps the most beautiful third-person space combat game ever made. While games like Elite: Dangerous and Star Wars: Squadrons have nudged the genre towards first-person (and VR), it’s nice to be playing a spruced-up classic shooter, one that would not be out of place parked next to an Ace Combat cabinet in a grimy 90s arcade. I happened to review Ace Combat 7 recently, and Chorus is an ideal companion piece. Where AC7 has you barrel rolling through perfectly rendered clouds over vast oceans, Chorus sends you weaving between the pillars of DS9-style space stations, jaw-dropping asteroid fields for background.

Chorus understands the appeal of the Star Wars trench run. You know, that sequence where Luke and co. weave between towers along the hull of the Death Star, dodging lasers and taking out TIE fighters. Chorus constantly has you doing things like that, whether it’s epic space battles against a fleet of powerful ships, or exhilarating sequences where you race through ancient alien pyramids. One way you can tell this game has its heart in the right place? The left analog stick doesn’t steer left or right; it only does barrel rolls. 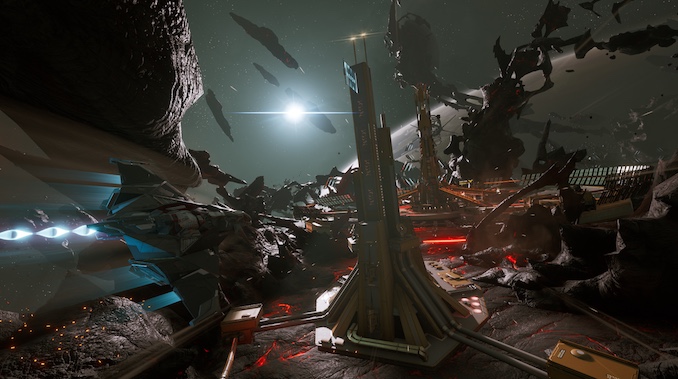 ONE IN A MILLION

Chorus is a surprising addition to the pantheon of great space shooters. I’ve dabbled in enough over the years – the Star Foxes, Rogue Squadrons, Colony Wars, and more obscure titles like Star Trek: Invasion. All that experience, and Chorus still flew completely under my radar. You can hardly blame me: prior to Chorus, developer FishLabs was best known for churning out mobile space combat games; not the pedigree you’d expect for a game of this quality. I have no idea how or why Chorus got greenlit, but it’s a remarkable next-gen debut for the Hamburg-based developer, and a welcome substitute for Rogue Squadron IV. But seriously – hand these guys the Star Wars licence already!

Our review of Spyro Reignited Trilogy, developed by Toys for Bob. Released on November 13, 2018 for PlayStation 4. WHAT […]