B1GJuice is an award-winning producer, multimedia artist, and rapper whose music is heavily influenced by 70’s soul and golden era hip hop. After a career in the NCAA Division 1; his passion for music was reignited after a diagnosis of Hypertrophic Cardiomyopathy of the Left ventricle in 2012. It was his love for music and the ability to express his emotions/feelings that drove him to live again. Blessed with a son in 2016, B1GJuice is motivated and continues to create music to uplift those that have been brought down by the harsh realities of life taking his personal pain and turning it into creativity. He commands an audience with not only a sinister voice but a skill fluid enough to lay vocals over any beat thrown at him. 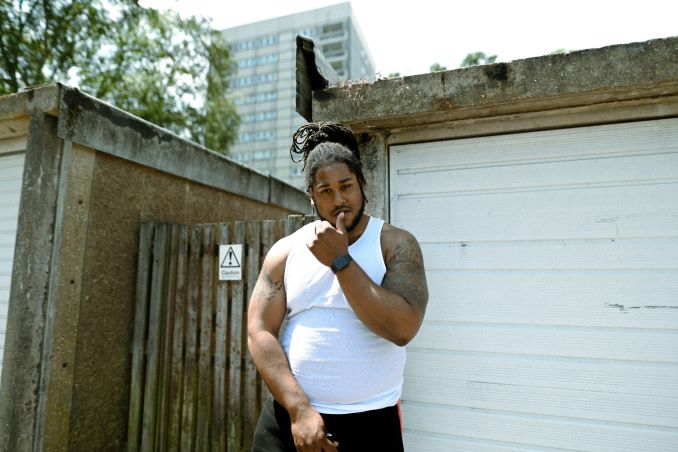 I think any artist will say zero until they have “made it” haha. But I have dropped 2 EPs

Ouuu this is a hard one, but I would say, Frank White, Mr.Wallace, The B.I.G. I did listen to a lot of Bob Marley, James Brown, Otis Redding, Sam Cooke, Queen, and Prince growing up though. See. Hard to choose from.

Isaiah Rashad. He is an abstract painter with his music.

“IIIII Wanna Dance With Somebody!” by Whitney Houston for sure. Catch me at a bar or wedding with this one and it’s over.

Nipsey Hussle in the car before I hit the stage. It calms me down and gets me ready to perform.

Would have to be my brother Fresh Hines. I have yet to hear anybody that sounds like him.

As a listener? EP – Give it to me in a condensed form; screw the fluff. As an artist, whatever it takes to properly articulate the message/story.

Both. I can’t sleep past 9:30…regardless of how late I go to sleep.

Studio for sure. I can’t wait to get paid to sleep there.

Yes yes. Just finished 2 shows that were a part of my “Say Your Peace” festival series and I hope to continue that this fall/winter so stay tuned on that front. Also, have a new EP dropping this winter as well so tap in

Damn these questions are good..I’d have to say Rudy’s or Makers Pizza

Wiggins Park – Grew up across the street from it. Learned a lot of lessons there. (Why?)

OBJX Studios – Amazing for live band music and the vibe is unmatched.

It’s sad, but I haven’t been to a music store to buy anything in a long time. Last record store memory I remember was at June Records – I was introduced to Charles Bradley when looking for a James Brown record. Still have the record, but I think the store is gone now. Man, that sucks.

The first thing I would say about Mike Regis is he is sure to put a smile on your face. […]

Soundclash Festival 2012 – Too Much Sunshine for the Soul

One of the best events of the year at the globally-diverse cornucopia of dopeness that is the Harbourfront Centre, courtesy […]