Pianist and vocalist Jim Clayton hails from Sarnia, Ontario (Canada’s “Chemical Valley”). His childhood piano studies were mostly classical, but when his family spent two years in Louisiana in the late 1970’s, he first encountered jazz in its birthplace of New Orleans.

After a short stint as a radio announcer and producer, Jim was accepted into Humber’s jazz program in 1991. Following an 18-month break to perform with show-bands on Princess Cruises, he returned to Humber, where he connected with the musicians with whom he would make his 1997 debut CD Muskoka.

In 2001, Jim co-founded The Clayton/Scott Group with whom he recorded two CDs: August and So Nice. The group won critical acclaim, international radio play, TV and movie placements, and three national awards.

Jim joined The Second City as a music director in 1995. As an accompanist and improviser for sketch and improv comedy, he performed with cast members of SNL, Whose Line Is It Anyway? and SCTV, and created music for several TV comedy series and specials.

Jim lives in the Danforth Village area with Tracey and their daughter Lenny, in a house with an actual white picket fence. 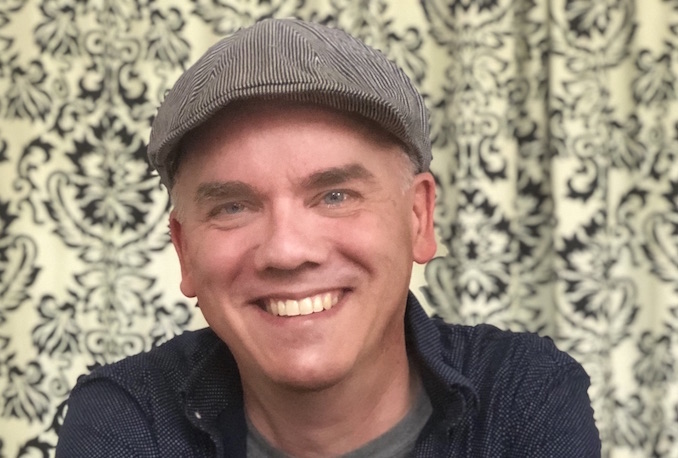 # of Albums: Six. One as Jim Clayton’s Greenhouse, two with The Clayton/Scott Group, three as simply Jim Clayton

Lenny Jumps In. It’s not super-new, but it’s still getting spins on US jazz radio, and Jazz FM has been kind to it. (Lenny’s my daughter.)

Nothing commercially available yet, but I’m intent on releasing my version of  Hold On by Ian Thomas (also covered by Santana).

I’d have said Famous Indian on Gerrard, but I drove by the other day and it was gone! DM me recommendations for a new favourite Indian place.

J. Geils Band was up there, but I spent the most time listening to Billy Joel

“band” makes it tough. I think everyone I listen to is a solo artist… lately it’s Hod O’Brien, a relatively obscure but remarkable bebop pianist from Virginia.

Realizing whatever it was I forgot, when I’m already halfway to the gig

Nachos at Sneaky Dee’s, if they’re still half-priced on Wednesdays. (Half-priced fajitas on Tuesdays are the priority, though.)

Danforth gets no love? All right, then… Queen Street.

Kew Gardens. I like it there, because when I take my daughter to a park in the Beaches, I’m not the oldest dad there.

LP. Why would you want less music?

Night owl, but with that guilt that makes you say “no, of course not” when someone phones you in the morning and asks “did I wake you?”

Road, before I had a family. Now, studio, although I still get red light fever. It’s stressful to know that someone can rewind and check what you played.

Roti, especially that curried-chicken Christmas roti that comes with a Toblerone bar. (I may be confused, though.)

Jazz brunch at Bar Hop Session (Danforth, just east of Pape) every Sunday in July. We disappear to New Orleans for August, but in September, I’ll be at the Kensington Market Jazz Festival on the 15th, and Home Smith Bar at the Old Mill on the 20th.

“A Day in the Life” with Toronto dance artist Natasha Powell

Natasha Powell was born and raised in Toronto, where she discovered her passion for dance and the arts. Growing up […]