Our review of Ace Combat 7, developed by Bandai Namco Entertainment. Available now for PS4 (reviewed), Xbox One, and Windows. 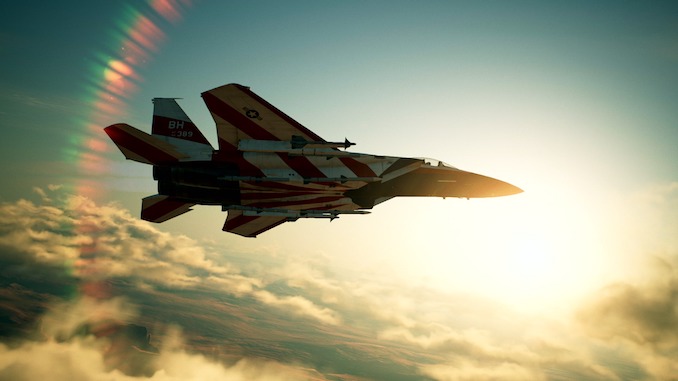 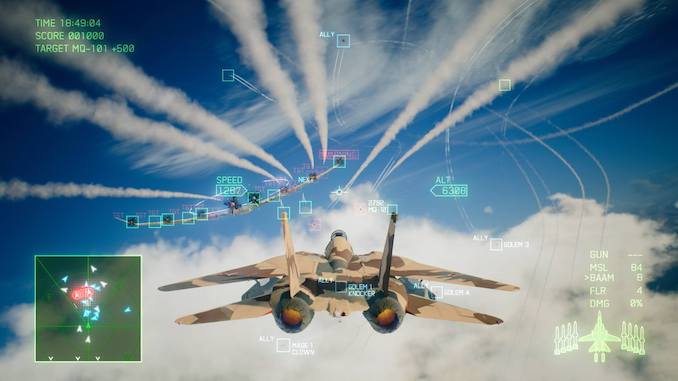 I remember the first time I played an Ace Combat game. It was all the way back on the PS1, a demo of Ace Combat 2 included with PlayStation Underground magazine. I played the heck out of that demo, taken in by its exciting air combat, then-impressive lighting and water effects, and the thrill of taking down an enemy fighter with a well-placed missile. To this day, AC 2 is still considered one of the best PS1 titles, and one of the best and most accessible air combat games ever released.

Ace Combat 7, out now for PS4, blows its long-ago predecessor out of the water. The graphics are marvellous, the gameplay challenging but accessible, and the totally ridiculous story just as ridiculous as this series demands.

Ace Combat is not, strictly speaking, a flight simulator. Only a few minutes with its friendly control scheme lets you know this is firmly on the arcadey, action-oriented spectrum. At the same time, its light sci-fi trappings belie an attention to detail, and real-world aircraft, one would normally associate with pure simulators. I’m constantly torn between playing in cockpit view for the realism, or third-person to admire the detail on my aircraft. Either way, the stunning vistas – the realistic clouds, the sun reflecting off a vast expanse of water below – remain impressive as ever. It also controls impeccably. Zipping through the air feels natural, even as a generous physics system allows for tricks that would have a real-world pilot imploding from the g-force.

Amusingly, Ace Combat 7 is deeply committed to its utterly extraneous world-building. For some time now, the AC games have been set in an alternate reality nicknamed Strangereal. Its primary purpose, as far as I can tell, is to allow for aircraft that depart slightly from their real-world counterparts. That said, the mythos has been expanded upon in increasingly convoluted fashion over the years, making much of AC7‘s plot borderline incomprehensible. It also means this Ace Combat is one of the most talkative to date – not since “DO A BARREL ROLL” has there been a flight game with this much combat chatter. It’s easy enough to ignore – I did – but I do wish it would get rid of those Metal Gear-style talking heads taking up screen-space in the top-right corner. 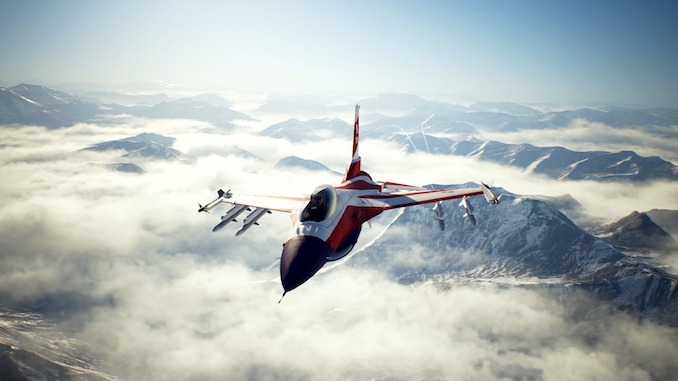 Ace Combat 7 comes with an optional VR mode, which I wasn’t able to try, but which by all accounts is fantastic. I already love AC in the cockpit, so I can only imagine how amazing it feels in VR. AC7 also comes with a plethora of DLC content, including, most recently, a “Cutting-Edge Aircraft” pack featuring real-world aircraft and multiple emblems and “skins” that give existing aircraft some nifty makeovers. None of the DLC is, strictly speaking, essential, but the ability to acquire cool, licensed aircraft is definitely an example of microtransactions done right.

Last August, Bandai Namco confirmed the next Ace Combat is in development, a game that will presumably take advantage of next-gen hardware to make clouds so realistic you can feel the moisture on your face. Really, it’s hard to guess how AC8 will iterate on a formula so well-honed and so graphically impressive on last-gen hardware, but it’s fun to imagine. The sky, as they say, is the limit.