There was no other choice. Sometimes the love of music is so deeply ingrained–the need to express yourself so keenly felt–that you just gotta do it, no matter the cost. Coming out of  Campbellford, Ontario, he started early. Some kids treat piano lessons like a chore, but he treated them like a lifeline. A way out. He grew up and fell in love with bass. He studied every aspect of music, deconstructing sound, what worked and what didn’t. Like so many frustrated small-town kids, he found a voice through the influences of artists–Eminem and Rage Against the Machine, Nas and Marilyn Manson. And when he grew up, he got out, and he started creating a voice all his own. He moved to Toronto, and he became Krosst Out.

He began to work obsessively, both in the studio and on stage, finding the sound that worked for him without compromises. And slowly, he became known as a live performer who could convert a crowd in a hurry. He did his time in small clubs and performed in front of drunk people more times that he could count, and soon he began to crisscross the country, performing in venues from British Columbia, to Quebec, to New Brunswick, and back again, always bringing an energy and a passion, so that even people who at first had no idea who he was damn sure knew by the time he hit the last note.

Now with two singles previewing his new album, to be released in late 2020, it serve as a reminder of what he’s achieved and how far he still wants to go. “This is by far my most honest work to date” It is the culmination of the sound and ideas he’s been developing since he first tentatively touched a piano key in Campbellford all those years ago. And more importantly, it’s going to be one wild ride. 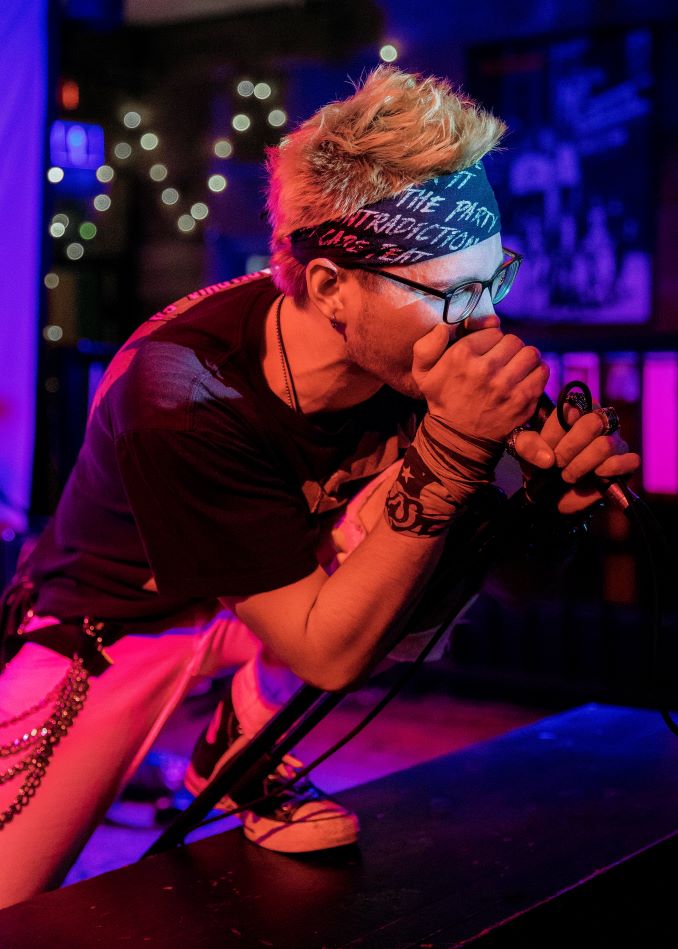 Founded: I believe I became Krosst Out in 2011.

Rage Against The Machine or NIN

Molly Cyrus by Stitches (because it’s hilarious) or I Love College by Asher Roth (because it’s both terrible and nostalgic and I hold no shame.)

I grab a beer, usually go to the bathroom stall and recite some lines while pacing back and forth. Step on stage and close my eyes for the first few bars of my opening song.

There’s too many to name! My boy Taabu doesn’t get enough love for the talent he has. Melotika’s voice is incredible. Jor’del is such a unique and diverse artist.

Sneaky Dees Nachos holds a special place in my heart.

Some of my favourite spots are on Queen, but I’ve spent too much time on College and for it to not be my favourite is disloyal.

Riverdale, my mom used to take me there when I was an infant. It holds some of my first memories.

Always been a night owl, but I’m trying to be an early bird.

No shows because of Covid but Phone Calls With Ghosts comes out this fall!