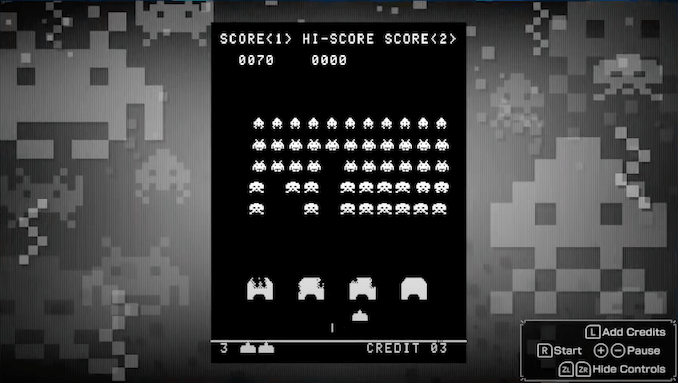 It’s a fun little jaunt down memory lane, though some games have aged significantly better than others. 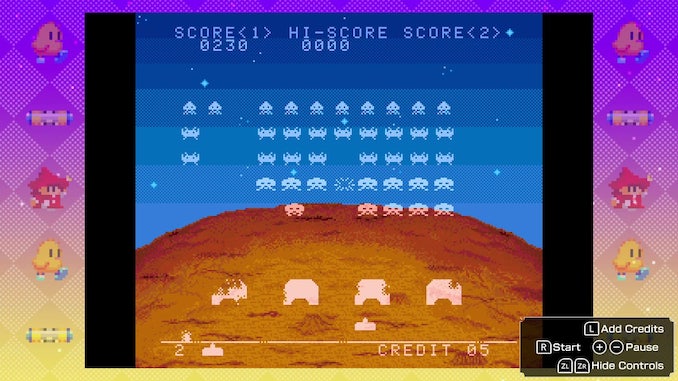 It’s hard to overstate the importance of Space Invaders, not only to video games but to popular culture as a whole. Though Pong predates Invaders by six years, it was the latter that kickstarted the arcade gaming craze of the 70s and 80s, becoming the first truly international smash-hit success. Space Invaders brought video games to the masses, transforming the nascent industry into something that was more than just a hobby for college geeks operating out of expensive computer labs.

Concepts introduced, or popularized, by Space Invaders include the high score and video game “lives”, and it was the first video game to include (admittedly simplistic) background music. The faithful home port of Space Invaders for the Atari 2600 was a system seller (what we’d now refer to as a “killer app”), energizing sales and proving that home video game consoles were a viable market. Legend has it that, at the height of its popularity, the arcade version of Space Invaders single-handedly caused a shortage of 100-yen coins in Japan.

Although that last story is probably aprocyphal, the fact that it has persisted so long points to the cultural impact of this godfather of gaming. Even as Atari has gone the way of the dodo, and Taito is now mostly limited to mobile games or reboots of existing franchises (see our Dariusburst review here), Space Invaders yet persists in our popular imagination. Heck, there’s even a respected graffiti artist who specializes in mosaics of the game’s universally recognizable alien foes. 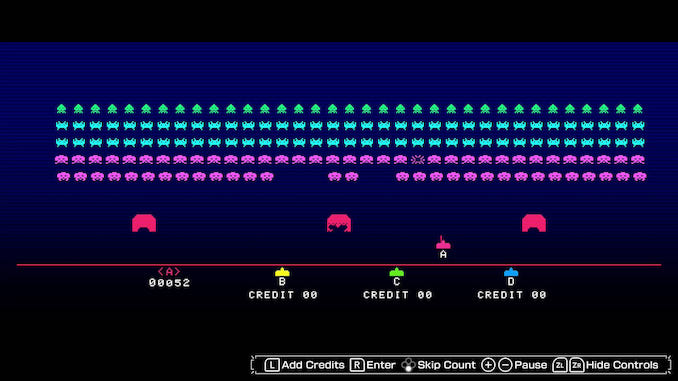 Revisiting Space Invaders today, it’s easy to understand its enduring appeal. The central hook – you control a small laser cannon that moves horizontally along the bottom of the screen, firing upwards at endless waves of cephalopodic enemies – is easy to grasp, difficult to master. The high score tracker, adopted from pinball machines, encourages a “just one more” attitude to play sessions. Most importantly, it’s a lot of fun.

Space Invaders Invincible Collection is a celebration of the progenitor shmup series, collecting everything from the 1978 original (in both its black-and-white and colour iterations) through its 2018 reimagining in Space Invaders Extreme. Ten games are included in total, all of which are worth at least a glance, if not a dedicated afternoon. Extreme, with its Rez-inspired rhythmic gameplay, is the clear standout, the pulsing soundtrack and bright colours making for a fun, if dizzying, experience. The original, while more of an historical artifact at this point, is also worth a look-see, if only to say that you’ve finally, finally, gotten a chance to try it out. Same goes for its immediate sequel, Space Invaders Part II.

Other games in the collection are a mixed bag. Oddballs like Space Cyclone and Lunar Rescue, shooters programmed using the Invaders circuit board, are mostly here as historical curiosities. Majestic Twelve and Super Space Invaders ’91 are effectively the same game, and, along with Space Invaders DX, provide a nice slice of 1990s shmupping, though it’s a bit odd to be playing SNES-era shmups in which you don’t fly upwards. Rounding out the collection is Space Invaders Gigamax 4 SE, a multiplayer spin in which up to four players share a single screen, collectively trying to stop a much larger alien force. It’s good for a few minutes of multiplayer fun, but that’s about it. 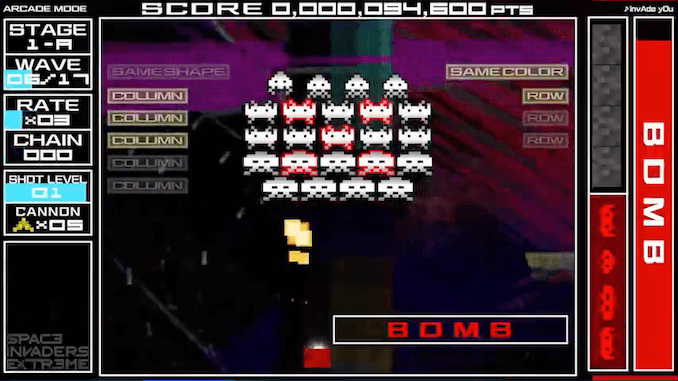 One of the odd things about gaming is that, unlike film or literature, audiences aren’t that interested in revisiting the classics. The evolution of gaming technology is a big reason: Robinson Crusoe reads more or less like Harry Potter; Citizen Kane plays just like a modern movie, but Space Invaders is really, really dated. Even those modern games closest in DNA – the Gradiuses, the Dariuses – are, let’s face it, vastly superior experiences.

But that’s no reason to skip the classics entirely. Space Invaders is an important glimpse into the origins of gaming, and its later versions are actually quite enjoyable. The Invincible Collection is a great way to try them out. Tool around in the original, just to see what it’s like. Then enjoy yourself in the 16-bit upgrades and the wholly enjoyable Extreme. It’s a blast.