Ali is a 17-year-old artist, songwriter, and producer from Markham, Ontario, Canada. Being surrounded by music and entertainment from a young age, he found a natural footing in his love for creating music. Making pop music inspired by the likes of Troye Sivan, The 1975, Cigarettes After Sex, Isaac Dunbar, and Charli XCX, his musical DNA represents a unique clash of styles.

At the age of fifteen, he started writing music that he would release in March 2020 with his debut single, ‘What Are You Doing’. Followed by the popular release ‘Oxygen,’ in which he discusses the pressures many queer teenagers feel when trying to impress a crush. In January 2021, Ali released his third single, ‘you’, a synth-pop-infused dreamy love song about idealistic relationships. He released his fourth single, ‘Kiss Somebody’ in May 2021, which is the lead single off his upcoming debut EP.

Ali is an advocate for spotlighting a diverse number of voices in the modern pop landscape, whether it be of different ethnicities, orientations, or backgrounds. He provides his voice to represent groups that rarely find relatability in pop music and hopes to inspire others to do the same. 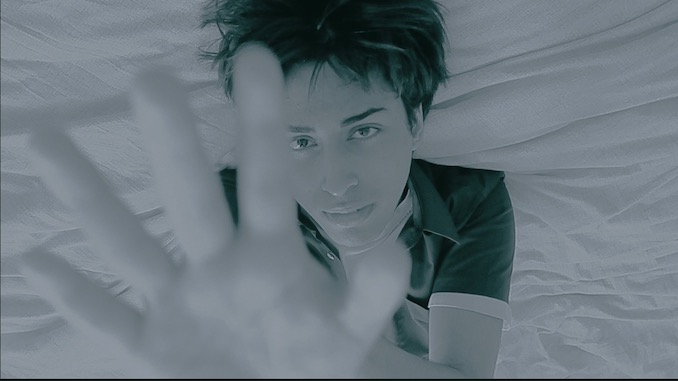 # of Albums: Three singles available for streaming, with an EP on the way!

Latest Release: ‘Kiss Somebody’, which you can find on linktr.ee/alimusic

My first ever music video will be released later in the summer!

My favourite artist growing up has to be Selena Gomez, Taylor Swift, and Troye Sivan.

Considering that I am only seventeen and still a teenager, I would say all the previously mentioned names, along with Rina Sawayama, Charli XCX, SZA, Lorde and Isaac Dunbar.

Honestly, I would have to say Spotlight by Jessie Ware. It’s been on repeat ever since it came out.

I haven’t done any live shows before, so I am looking forward to doing them and finding out what the answer to this question would be. If I had to guess, it would probably be me just relaxing and doing nothing before all the chaos of a live show began.

Vicki Lovelee!! I love the intent behind her music, I think it’s beautiful.

I love EPs so much, but I would have to say LPs. I think there are more opportunities to tell larger, more-developed stories in LPs.

I don’t know to be honest, probably just a ‘middle-of-the-day’ type person, because that’s the only time I’m not sleeping.

Both, for sure, but I don’t have enough experience on the road, so I’m gonna have to say studio!!

Any shows or albums coming up?:

Yes! I have a single off my EP, as well as my EP dropping very soon, which you can stay updated on through my social media. In the meantime, my latest single, ‘Kiss Somebody’, is available to stream!

Roti!!! It would be illegal to say otherwise

Get & Go Burrito is heaven on earth.