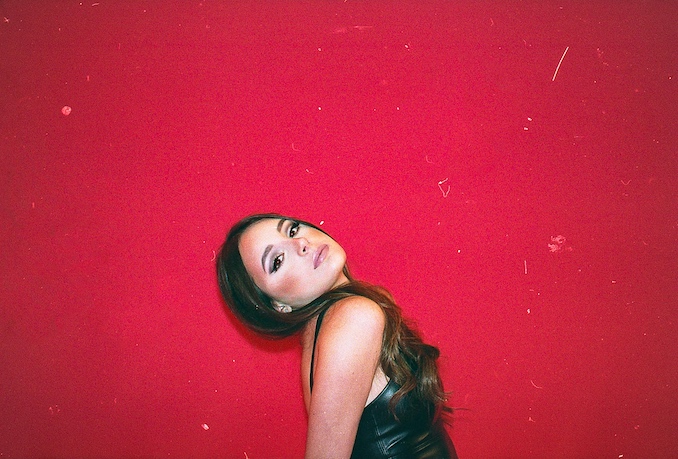 Tell us a bit about the video, the concept, who made it.

The video was so much fun to film. it feels like a live performance that is edgy and cool. The song is such an empowering song and I think that comes across in the video. An amazing team in Toronto filmed this video. Parasiempre is the production company and Jack Roy, Ryan Craven, and Jack Peros Directed it. They are so talented and creative!

What is “Red Button” about?

Red Button is about literally hitting the decline button when someone is toxic for you and you just need to stop engaging. It is empowering to be able to say no and walk away. i think everyone can relate. Everyone has someone in their lives that they need to break away from.

How has the response been since the single was released?

It been insane!! I’ve been on a billboard in Times Square, iHeart Future Star Winner, Rogers Trending Track Winner, CTV morning interviews across the country, so much love from all DSP platforms, the fans, getting tons of amazing feedback. It feels incredible and I’m very grateful.

In what ways was this release difficult during the pandemic?

Everything is done over zoom. I’m such a people person so it’s been weird having to do interviews, writing sessions, studio sessions all online. I’ve been able to do it, but it’s not the same.

What have you been doing to keep busy during lockdown?

I’ve been writing a lot of songs and building my catalogue. I’ve probably written more songs this year than ever. It’s been great creatively but I need things to open up. I am desperate to perform live with an audience. I miss being on tour. I love the energy you get from a live performance, there is no feeling like it!

What is next for you?

I have a lot of new music ready to release.  It’s my best music!!! I am so excited to share it.

Ceréna Sierra is a multi-talented recording artist from Toronto, Canada. Born to Colombian immigrant parents who picked up on Ceréna’s […]

Caardia is the Canadian alternative-pop sister duo made up of singer/songwriters Annie and Celia Siriopoulos. The duo became recipients of […]