Claire Coupland ain’t just another chord strumming folk singer. She has gained respect from her peers as a thoughtful songwriter, a skilled vocalist, and a compelling guitarist in an instrument group still dominated by mainly male players. Her songs and performances treat your ears to smooth finger picking, soaring melodic lines and percussive rhythms that never miss a beat. Her voice has been described as having “the vocal power of Susan Tedeschi paired with the clarity and velvety softness of Eva Cassidy”. A west coaster at heart, now a Toronto dwelling singer songwriter, this “quadruple threat” effortlessly pulls her audience into her personal world of love and life experiences, but always with a touch of her “wicked sense of humour” (Rik Emmett).

Influenced by folk/rock artists growing up and a degree in Contemporary Music Performance, she blends her own style of intricate folk guitar playing with jazz influenced melodies, progressions and hard hitting arrangements, bringing her own graceful contemporary feel to indie folk music. On a lighter note, Claire loves making her audiences laugh, and may whip out a voice impression or two… 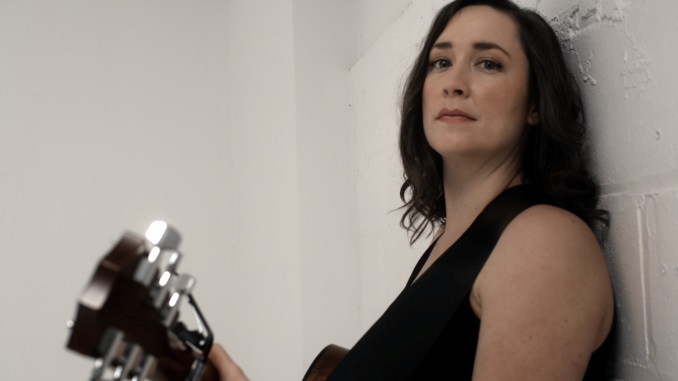 Founded: like, when i was born? i can’t tell you that! Been touring since 2017 though.

Latest Release: “Here On In” This song touches upon some kind gestures i saw from friends and strangers during the initial Covid lockdown months, recorded in my home studio setup

Latest Single: “Leave Me Alone” Feel free to check out my first music video/single I put out in March – you might recognize the “boyfriend” character in this music video…

I was all about Sam Roberts in high school. I remember volunteering for a music festival one summer so I could see them play up close, it was great. The Killers opened for him. Weird right?!

How ‘bout we talk about POST show ritual: sweaty hugs and nachos.

Gonna have to go with NACHOS at sneaky’s, all the way. I’m on an official hunt for the best nachos in the city and those always make the top of the list!

College is pretty cool. less explored for me, but slightly more appealing as it’s quieter.

Kew gardens, never heard of it! I will have to go with High Park though

Studio. I really miss hanging in the studio making music

Currently in writing stages for a second full length album! Follow socials to keep up to date with that, and for upcoming shows.

For now, I am pretty darn excited about “Here On In”, share it with someone if it’ll brighten their day!