Ramona Vogue and kidd Chaos are the heart and hype that make up The Savage Patch Kidds. The alt-pop duo are true triple threat artists and performers, joining forces from Toronto and Los Angeles.

The smooth moves of their individual professional dance careers is what fatefully united this North American yin and yang. Having appeared on just about every stage and television network from Disney to HBO, Russia’s St. Catherine’s Palace to NYC’s Webster Hall, they have seen the highest highs and the lowest lows in their individual performing careers. Ramona and kidd had some pretty daunting life obstacles to overcome and it influences their personality as well as their art. They may look cool as a polar bear’s toenails, but these two aren’t afraid of the grit and grime of the hustle – cracking mediocre jokes along the way.

Amassing 200k streams on their debut EP, 1991, SPK are currently being played on over 100 radio stations in North America, have sync licenses with 13 major US networks, and most recently won the John Lennon Songwriting Competition since coming onto the scene in 2020. The Savage Patch Kidds are ready to shine. 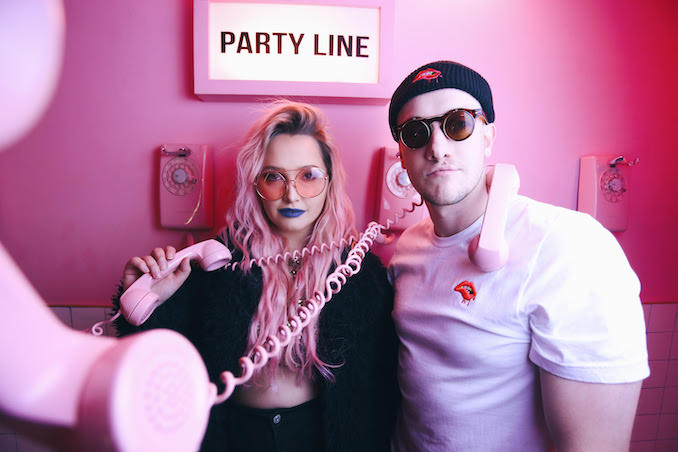 Latest Video: We had to move out of LA due to Covid (dream crusher for sure) but we made the most of it, wrote this song and headed back to the east coast!

Guilty Pleasure Song: Anything by Peter Gabriel – and we don’t feel guilty about it. It’s just a pleasure!
Live Show Ritual:

Favourite local artist: We are obsessed with the queen herself, Priyanka. An artist in so many forms – music, dancing, you name it…she’s doing it.

Road for sure, can’t wait til we can get back out there.

We are in the process of recording an album right now, probably late 2021 release! It’s been a wild year to be an artist – a lot of mixed influence to say the least!

Riverdale – our first Toronto neighbourhood together.

We are on IG at @svgptchkdds! We share all of the things there.

Five-piece Toronto outfit Union Duke is a sweet blend of rock, country, folk and bluegrass mixed into one batch of […]

Jack Moves got his start late in 2014. A Member of Toronto metal groups Godstopper and Ayahuasca and a former […]

Local indie rock darlings Cairo have been working hard on their new debut album and it’s finally ready for the masses. […]