Our latest featured comedian is Alana Johnston who hosts the weekly Self Esteem Party Podcast on The Sonar Podcast Network. We spoke with her to find out more about her comedy, her influences and where we can follow her. 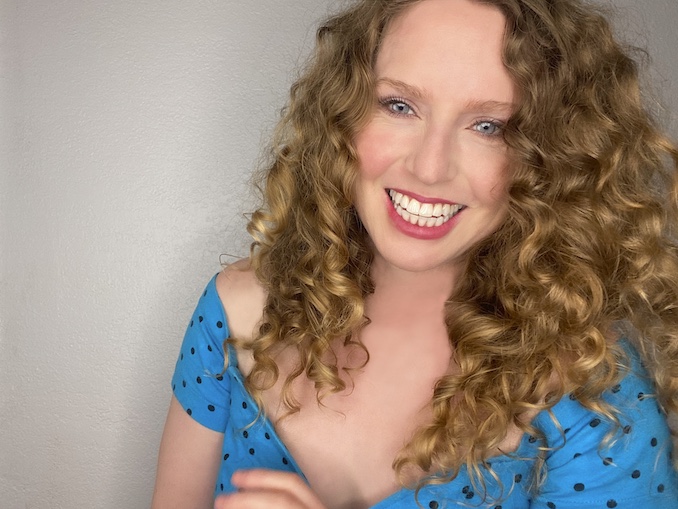 Controlled Chaos. I like to come in hot and stay that way. My characters are just like me: larger than life. I’m very loud with energy for days and genuinely love performing. I’m also honest whether I’m being myself or a character. It’s fun to show an audience that a character can be sad and real and hysterical all at once. Everything I do is inspired by something and let’s be real, most of us are just doing impressions of our mom half the time anyways without even knowing it.

Amy Pohler, Chris Lilly and Amy Sedaris. Their careers are so admirable and it just seems like they really enjoy what they are doing. So committed to their craft and whatever character they are playing. Not to mention being the stars of some of my favorite shows (Parks & Rec, Summer Heights High and Strangers with Candy).

Will Ferrell and Sheri O’Terri (and basically that entire SNL cast). I lived and died for their cheerleader characters on the show and honesty, it holds up!

The creators/stars of PEN15 Maya Erskine and Anna Konkle. They captured every excruciating moment of that time in my life and I never thought I’d be so eager to relive it. It’s truly a perfect show and I insist everyone watch it!

I love getting some good jokes going backstage before my set so I can really warm up. You’re never going to be funnier than you are with your friends so if you have some pals on the show it’s always helpful to mess around and make each other laugh before getting onstage. And if there’s no one to chat with then I listen to some pump-up music to rev up. There’s nothing I love more than a grand entrance and the best way to pull that off is with massive energy to capture the audience’s attention the second you get out there.

The original Upright Citizen’s Brigade in Los Angeles. A lot of amazing talent came out of there and I always loved the UCB show when I first got into comedy so I was thrilled when I got to start performing there. I also met a lot of my friends there so I’m grateful for that too.

Twitter. So many people are posting hilarious character/sketch videos especially after being locked away for a year and having completely lost our minds! I also love to see who my friends have retweeted to find new comics to follow. People are coming in hot on Twitter and I’m all about that sweet, sweet comedic burn.

Hate to break it to you but if you’re in a relationship and not having sex, you’re just roommates.

Natalie Palamides. She is a FORCE to be reckoned with and has certainly given me a run for my money (in the best way possible!). She currently has a special on Netflix called “NATE” that I highly recommend you check out. She is relentless when it comes to clown/character comedy and has no fear in messing with your morals. She challenges you to think differently while riding around topless on a tiny motorcycle. She’s a genius.

We’ve all heard that tired old adage about “10,000 hours” – as if there’s some concrete, magical number that can make […]

“A Day in the Life” with actor and comedian Daniel Stolfi

Daniel Stolfi is a fantastically funny and talented actor and comedic performer. He’s also a great husband and makes me […]

102.1 The Edge radio show host Kevin Getz recently released a comedy album comprised of his favourite segments from the […]