Toronto retro-soul artist Claire Davis, and former lead vocalist of seven-piece funk ensemble YUKA, shares her debut solo EP Thrive, due out on July 16, 2021. A soulful soundtrack of heartbreak and love, the five-track EP sees Davis step into her own as an artist and performer, featuring her signature powerhouse vocals accompanied by airtight grooves. The collection of analog recorded songs bring ‘60s and ‘70s soul influences like Aretha Franklin and Al Green into the present; following in the musical footsteps of retro revivalists like Amy Winehouse.

Davis developed her love for soul and R&B early, learning to sing lead and background vocals in her high school’s 12-piece Motown R&B band in her hometown, Victoria, British Columbia. Moving to Toronto in 2008, Davis joined the renowned African roots choir “The Nathaniel Dett Chorale”, and went on to pursue a Bachelor of Music Degree from Humber College. Carving out her reputation as a powerhouse frontwoman and background vocalist in the Toronto music scene, Davis joined seven-piece retro funk ensemble YUKA as their lead singer on full-length album releases From the Ancients (2015) and Dreamscape (2019) to critical acclaim. Davis also established herself as a go-to background vocalist for all things soul, performing with legends Martha Reeves (of Martha & the Vandellas), Sharon Jones & the Dap Kings, and Jully Black, top Toronto breakout artists Charlotte Day Wilson, Jessie Reyez, and Daniel Caesar. Stepping out on her own as a solo artist, Davis teamed up with producer and YUKA bandmate Scott McCannelll to write and record her debut EP Thrive. 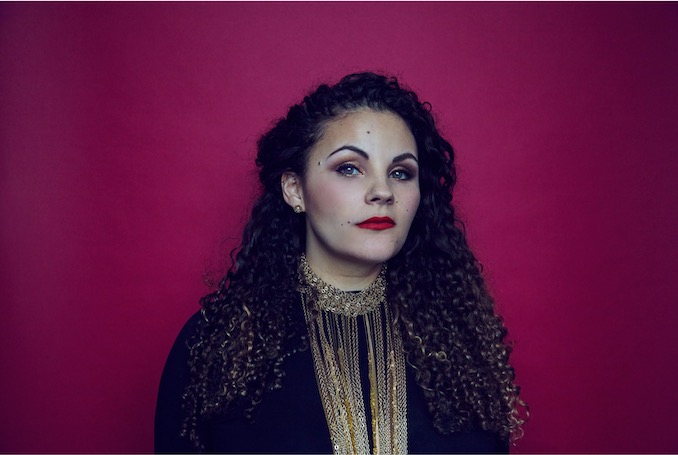 I’ve always listened to a lot of older music so I would say Stevie Wonder or Marvin Gaye because I was obsessed with anything Motown when I was in high school. My high school band program was also a 12-piece Motown Cover band so that helped.

I have never been great at eating a proper meal before a gig because of excitement/ nerves but Peppermint tea is always a go-to for making my voice feel good. I really feed off the audience’s energy so I’m often concerned with everyone having a good time and try to chat with folks before and after the show.

Aphrose, Lydia Persaud, and Gary Beals are a few faves for sure but there is SO much talent in this city!

Depends on my mood but there’s nothing like a solid LP.

Any shows or albums coming up? (What do you currently want to promote?):

ZENESOUL (‘Zen-Soul’) is a Soul artist from Brampton, Canada. Born in Nigeria, she began writing songs at 11 years old. […]