Our review of the “Mr. X Nightmare” DLC for Streets of Rage 4, developed by Dotemu, Lizardcube and Guard Crush Games. Available now for PS5/PS4 (reviewed), Microsoft Windows, Nintendo Switch, and Xbox One. 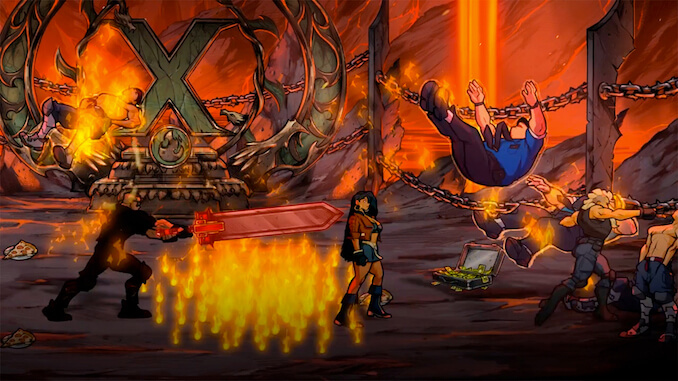 ONCE MORE UNTO THE BREACH

Streets of Rage 4 was one of my favourite games last year. As I wrote in my review:

Streets of Rage 4 is a pure nostalgia trip, hitting all the right buttons for jaded old gamers like me. Like its 16-bit predecessors, Streets’s plot is gloriously irrelevant, a mere vehicle for its two central mechanics: walking from left to right, and beating up bad dudes and dudettes. Ideally, those things should be done with a friend, either via four player local co-op, or two player online co-op.

A year on, I still find myself dropping in for the occasional Streets session, if only to hear those sweet, sweet tunes. It’s a game that holds up well compared to the 90s originals, and holds up surprisingly well a year on in a gaming ecosystem where 2.5D sidescrollers tend not to get much post-launch report.

Happily, however, Streets is just now getting a not-insignificant DLC update: for $10.99, you can enjoy all the bells and whistles that the “Mr. X Nightmare” package has to offer, including:

On top of which, even if you don’t spring for the DLC, all players are getting a free update which includes palette swap options, a new difficulty setting, and a training mode, along with some fairly standard rebalancing tweaks. On the whole, it’s a good time to be a Rager. 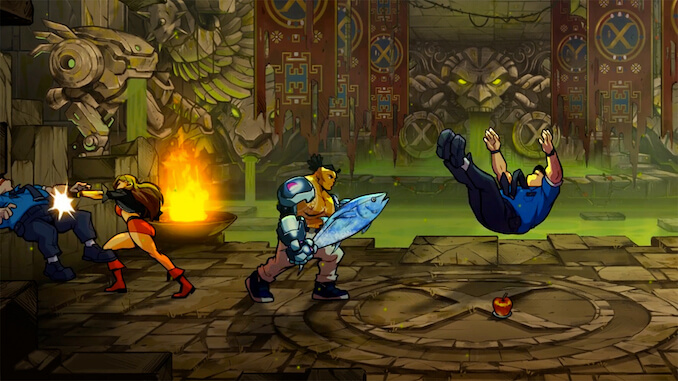 The free update to Streets of Rage 4 is a smart move: it gets players back into the game, whetting their appetite enough that they might go for the newly-released paid DLC. The calculation on whether to buy the DLC comes down to this: do you like Streets of Rage, and do you wish you had more of it? While it’s too bad that it doesn’t include, say, a new side-story or extra story levels, the addition of new characters – all of whom are different, and fun to experiment with – is probably enough. The Survival Mode is also a great way to test your own and your friends’ mettle: each round throws a succession of increasingly difficult (and randomly generated) enemies at you, but you also unlock stat boosts and other perks every time you survive a round. It’s exactly what you’d expect from a Survival Mode, only with a kickin’ soundtrack.

That’s really what you’re getting with the DLC package. It’s not a sequel, it’s not much more than a character pack with some extra modes thrown in. But hey, that’s all right by me. Sometimes all you want to do is go straight and kick some butt.

Visit the official page for Streets of Rage 4 here.

Our updated review of the Oculus Quest. Originally reviewed by Toronto Guardian on December 19, 2019. ALTERNATE REALITY We’ve had […]