ZENESOUL (‘Zen-Soul’) is a Soul artist from Brampton, Canada. Born in Nigeria, she began writing songs at 11 years old. Today, this love for writing plays a big role in her music as she transports listeners with her lyrics, the clarity in her voice and use of simple instrumentals. Incorporating R&B and Neo-soul into her music, ZENESOUL creates a sound of her own.

In March 2019, ZENESOUL released her first EP titled Worth, including”Lost” and fiery up-beat hit, “Pricey”. Later that year, she debuted Back to You, infusing Afro-beats into her signature soul sound. These projects gained the attention of one of Canada’s biggest stages as ZENESOUL performed at “This is Brampton: NXNE” music festival. ZENSOUL released “How It Feels” in early 2020. The single grabbed the attention of Rory Farrell from the Joe Budden Podcast and R&B Radar, along with multiple blog mentions. This allowed for the success of her following single, “Wasteman” in summer 2020, highlighted by Spotify with placements on major editorial playlists, further growing her audience.

In August 2020, ZENESOUL released her sophomore EP, “Coffee” including the tragic ballad “Safe” taking listeners through her experience with domestic abuse. Coffee demonstrated ZENESOUL’s growth and skill in songwriting and composition. Coffee was featured on CTV Morning Live, EarMilk and several music blogs.

Leading up to her next release, Brown Sugar, ZENESOUL released the project’s first single “Love and Be Loved” in early November 2020, featuring Aaron Ridge. The single quickly became her biggest hit, gaining almost 750,000 streams since releasing, featured on major Spotify and Apple Music playlists, and radio stations across North America and Europe.

As her second single, That Love, released on March 12, ZENESOUL began seeing critical acclaim for its refreshing sound. Lyrical Lemonade writes “Zenesoul is making quite a bit of noise in the r&b world and has been supported by a large host of publications and editorial playlists thus far and one listen will show you exactly why.” The single, also featured on RXMusic as ZENESOUL was interviewed by Canadian music guru, Master T. 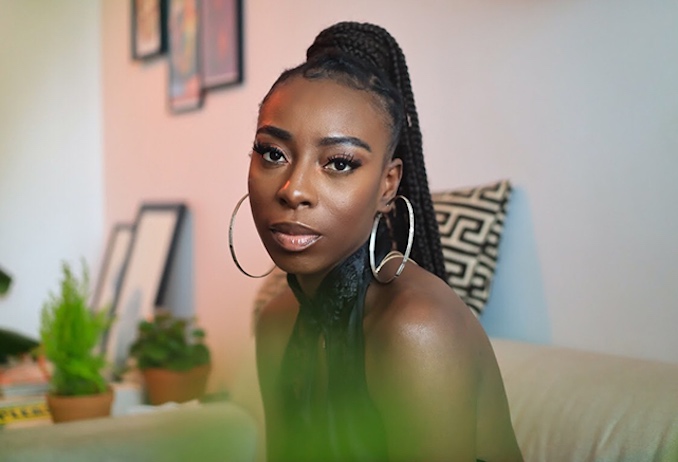 Bodak Yellow by Cardi B

I don’t have one yet. I definitely have to start one

I just recently discovered Sage Harris and I’m blown away!

I just released my the second single (That love) off my upcoming EP, be sure to listen it to on all platforms and follow me on Instagram (@zenesoul) to be the first to know when my EP comes out!

Sia Shells is an enchanting artist based in Toronto. She is a singer, songwriter, and mermaid that rhymes about the […]