Spring is just around the corner! We can almost smell it! If your looking for something to change up your daily or weekend routines we have some ideas. While there are currently no big Maple Syrup Festivals happening (don’t worry, we’re keeping an eye) you can still  find other fun and inspiring things to do. Here’s what we’ve come across for the month of March.

#LocalLicious Take-Out: from now until March 7, support your local restaurants by ordering in. LocalLicious is an initiative with SaveHospitality.ca – a coalition of independent Canadian restaurateurs and suppliers. Participating restaurants across the city are offering three-course meals for take-out. With each menu sold $1 will go to a local charity. Some of the Toronto restaurants on the list include Canoe, Auberge du Pommier, Ascari Enoteca, Drake Commissary, Noce, The Dirty Bird, Maison Selby, Marben, Storm Crow Manor, TOCA, Il Covo, and more. Full list of participating restaurants available on the site. 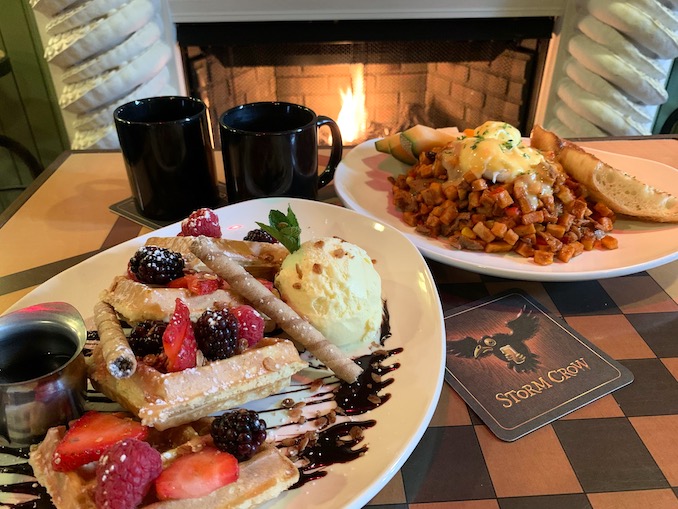 Dress For Success Toronto “Your Hour, Her Power”: IWD March 8.  Local not-for-profit organization for women transitioning from unemployment to economic independence that provides them with a network of support celebrates IWD with a fundraising campaign with a one-hour forum with a goal to raise $75,000 through the month of March. The forum on March 8 (5:30 to 6:30 pm EST) will be hosted by Crystal Goomansingh, Europe Bureau Chief, Global News Canada and will feature four female leaders as they reflect on the personal and professional successes and challenges that have shaped their careers. Panelists include Marie Henein, one of Canada’s most high-profile criminal lawyers, Natasha Koifman, President and founder of NKPR, Summer Hinton, Chief Operating Officer at BMO Capital Markets, and Kathy Cunningham, Chief Financial Officer at The Globe and Mail. Tickets are $50.

Pandora’s Box: Lifting the Lid on Menstruation: IWD March 8, From Canadian Screen Award-winning director Rebecca Snow, and the makers of DivaCup, comes this daring documentary that places period poverty and menstrual justice centre-stage. The film exposes a critical human rights issue that spans the globe and brings attention to the barriers faced by people who menstruate and the role it plays on gender inequality. The filmmaker interviews a diverse range of voices and perspectives. Available on all  major streaming platforms starting March at (including iTunes and Google Play)

Bloor-Yorkville Icefest: (revised date) March 12 to 14. The annual outdoor ice sculpture festival is scheduled to go ahead. This year’s theme “A Trip Around the World” will probably be as close as we get for an escape. Take yourself on a self-guided and social distanced tour of some of the most iconic destinations in ice form created by some of the top sculpture artists in the realm. There will be 50 sculptures on display. You can also explore the festival online without worrying about masks and parkas. The event is in support of The Second Harvest. Donations accepted online.

Toronto Botanical Garden’s Edible Gardening Workshop Series Online: ($76 public) March 2 and other dates. Have an interest in starting your own vegetable, herb or fruit garden but don’t think you have the space? Steven Biggs (foodgardenlife.com) will show you how to add to existing gardens and explore gardening in unused spaces – driveways, rooftops.

National Ballet of Canada Expansive Dances: on demand anytime. Free. Missing dance performances?  The National Ballet of Canada has launched a beautiful digital series each featuring a solo dancer performing in a piece that was created or adapted for each of them. Performances were rehearsed and filmed during the COVID19 lockdown. Each dance was filmed in large or outdoors in open spaces. Directed and produced by award-winning filmmaker Ben Shirinian. Lulu features Principal Dancer Heather Ogden in a stunning and moving piece set on a deserted country road as the sun sets. The story captures a woman’s courage and strength as she moves away from her difficult past and comes to terms with saying goodbye. The piece was choreographed by Guillaume Côté and set to music by composer Max Richter. 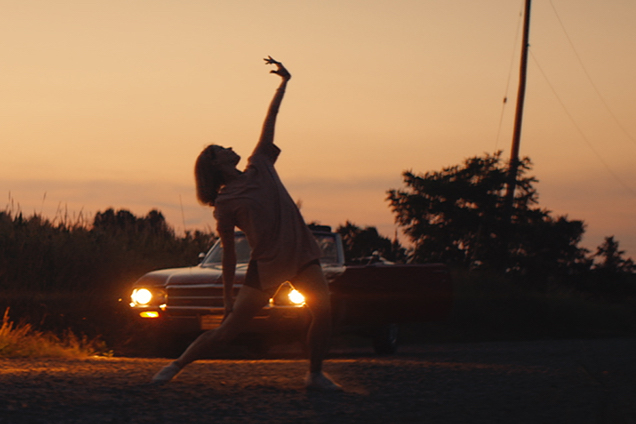 Hot Docs Premieres in March: Notturno documents the tragedies of civil war in the Middle East; Acasa, My Home, is about a family living in harmony with nature who was forced to move to the city after their home is developed into a public park; Coup 53, filmmakers discover archival footage that allows them to tell the story of the 1953 Iranian coup d’état; Stray, is a beautiful look at the stray dogs roaming the streets of Turkey; and Gustav Stickley:American Craftsman, is a captivating profile of the father of the American Arts and Crafts movement. (Premiere virtual screenings are $9.99 for members and non-members).

The Magic of Musicals: Broadways Biggest Hits: ($49 for non-members) part of the Hot Docs Curious Minds Speaker Online Series (6 lectures) led by Michael Rubinoff, the Olivier Award-winning and Tony Award-nominated producer of Come From Away, will dissect the creative process behind the making of a musical.

This Being Human Podcast from the Aga Khan Museum: looking for a new podcast series to follow? The Aga Khan Museum recently launched this bi-weekly arts and culture podcast series hosted by award-winning journalist and educator, Abdul-Rehman Malik. The series features stories and interviews from fascinating artists, writers, athletes and visionaries.

TIFF Women in Film: International Women’s Day will be celebrated all month long with a dynamic programme of films and digital events. A few highlights include the new release of Shiva Baby by up-and-coming filmmaker Emma Seligman, a collection of films by Share Her Journey Ambassadors on digital TIFF Bell Lightbox, and In Conversation With… Euzhan Palcy.

World Cinema Wednesdays: Starting March 3. Hollywood Suites and Mongrel Media will bring over 20 premium foreign and independent film titles to the streaming service designed to highlight films from around the world. The series will kick off with the Iranian animated feature Persepolis. The award-winning film tells the story of a young girl growing up amidst the Islamic Revolution in Iran.

Le Dolci Virtual Chocolate Lover’s Bootcamp: March 2, 9, 16 and 23. Baking at home continues to be a strong interest and we’re quite happy about that! Toronto-based bakery Le Dolci offers up many fun classes (we see you cinnamon buns!) led by expert bakers. The Virtual Chocolate Lover’s Bootcamp ($150)  explores a different recipe each week with instructors offering their tried and true tips on recreating the sweet offerings. Register online. Their classes are popular!

Pi Day Drag Brunch hosted by The Math Guru: March 14. Math is for everyone! In celebration of Pi Day (3.14) join a fun math themed workshop with Kyne from Canada’s Drag Race (and TikTok celeb). This event is for anyone who wants to learn fun facts about Pi. BYOPi(e) lunch and join in over Zoom. As a university math student, Kyne will use her love for math and drag to break stereotypes in a fun, accessible way. The 1 hour workshop will explain why pi is so important and how it was discovered  – also some fun ways we use it. Event is created for ages 12 and up. All proceeds will go to Rainbow Railroad charity.

Young People’s Theatre “The Sensory Box”: a co-development with Ghost River Theatre: March 27, 31 and April 3. Part of the theatre company’s new “Shifting Stages” programming, be one of the first to experience this brand new fun, fascinating (and FREE!) tactile experiment! Explore the connection between imagination and your senses. The adventure begins with a wrapped box delivered to your door (no peeking until the event!). On the day of your performance, you’ll tune into a livestream, pop on a blindfold (included), and begin your tactile trek along with an online audience of young people from across the GTA. In the comfort of your own home, and alongside the gentle guiding voices of the hosts, you’ll discover the mysterious contents of your box – and the pure fun of play! Note: Delivery charge for the box or free curbside pick up. Recommended for ages 9 to 12.

Dreamcatcher Family Workshop hosted by The Assembly Hall: March 7. $40 includes a mail out/material kit.The dream world is very important to Indigenous people. There are many legends about how dream catchers originated. In this virtual workshop you will learn a modern method of creating a dreamcatcher and learn about legends from various first nations.

Taste Adventure: No luggage required. Canadian families can explore six world destinations with mouthwatering recipes along with fun-filled activities and games that explore the culture and history of each destination in Northern Africa, Middle East and Asia. Explore a new country each day with fun experiences – Bollywood dance lesson, learn how to use chopsticks, learn a few phrases and listen to specially curated playlist on Spotify and check out live cam feeds from around the world . Activities are geared to a variety of ages. Daily menu board gives families the opportunity to try out easy to prepare recipes from the regions using high quality sauces, marinades, and kits using Patak’s, Blue Dragon, and Al’Fez. Recipes and event list available on their site. Contest to win prizes on the site. 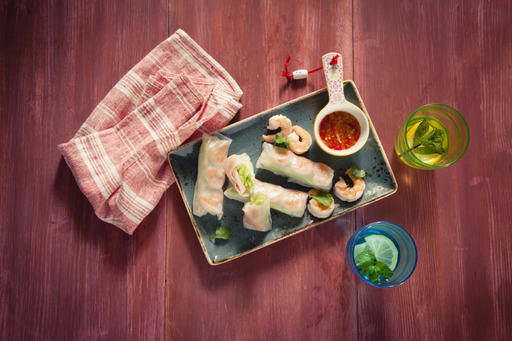 Trafalgar’s 2021 Ultimate Travel Event Series: Calling all wanderlusters! Nourish your travel soul and join travel experts for sensory discoveries all from the comforts of your own home. Running through to the end of September 2021, travel enthusiasts are invited to join 30-minute virtual journeys to some of the top bucket list destinations. The series will showcase Europe and Britain hosted by their team of storytellers, travel directors and local hosts. Take  an inspiring journey through Italy, France, Scotland, Ireland and more. Tune in to watch an Irish Celebrity chef share one of her favourite recipes, explore a Tuscan winery and more. Dates and registration on their site.

A Chat with Chef Paul Wahlberg on Toronto and TIFF

We’re midway through the Toronto International Film Festival and while the excitement continues with many entertaining, and some thought-provoking films […]

How to TIFF like a celebrity…and where to spot them

The stars are coming! We may have been at home the past couple of years but hotels, restaurants, bars and […]

Canadian Filmmakers are grabbing our attention at TIFF

The announcements keep coming from the Toronto International Film Festival (September 8 to 18, 2016) and there is quite a […]