This year’s Trillium Book Award will see six English and five French books in the final round before a winner in each category will be chosen on June 20th at a dinner event in Toronto. Writers have to be from Ontario and award recipients will receive $20,000 and their publishers will also receive $2,500 to promote their winning title. All finalists will receive $500.

The Ontario government’s prestigious award for literature has seen winners such as Michael Ondaatje, Austin Clarke, Alice Munro and Thomas King. Each year, winners are selected in English and French categories. The award encourages excellence in literature by investing in Ontario-based writers and spotlighting our incredible talent in the art.

Three titles this year are shortlisted for the Trillium Book Award for Poetry in the English language and there is also an award for Children’s Literature in the French language. The winner for each of these awards receives $10,000 and their publisher $2,000 for promotion of the titles. Finalists for these awards also receive a $500 honorarium.

Here are this year’s finalists.

Finalists for the Trillium Book Award for Poetry in English language:

Finalists for the Trillium Book Award for Children’s Literature in French language:

There is also a FREE reading event where finalists will read from their nominated works. Visit the event page to register. 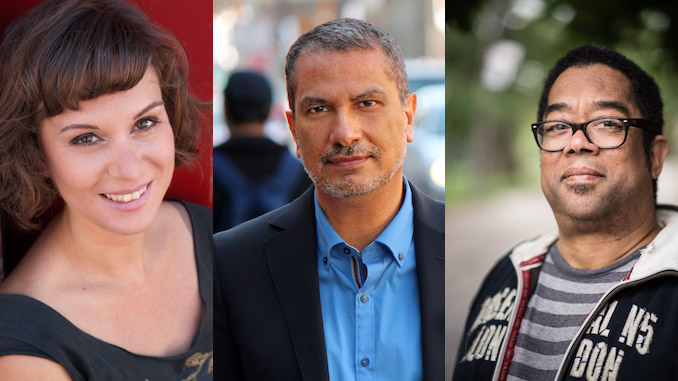 We have a great contest for the ultimate TO Lit fan. We are giving away a full set of the English shortlisted books and 2 tickets to the award dinner on June 20th in downtown Toronto.

St. Paul’s Anglican Church at 227 Bloor Street East will host readings by previous winners and 2016 finalists of the […]

Finalists for the 2016 Trillium Book Awards

The Ontario government’s prize for literature, the Trillium Book Award, has announced their finalists for the 2016 prizes. Each year, […]

CONTEST: Win a collection of books from the 2018 Trillium Book Award/Prix Trillium

The 2018 The Trillium Book Award/Prix Trillium took place at the Toronto Reference Library on June 21st. The annual award […]