We recently got to take a peek at the commercial space at Theatre Park on King Street West in Toronto that was supposed to be a restaurant with Iron Chef Morimoto. 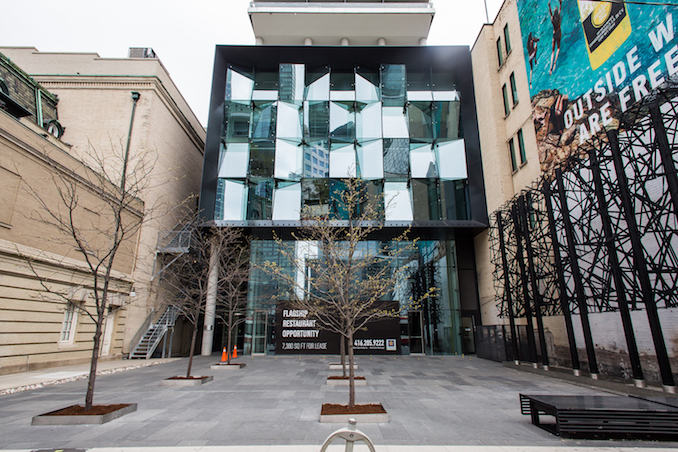 After building delays and a contract cancellation, the space has gone back on the market and is looking for a new restaurant to fill the over 7000 square feet of space.

Located at 224 King Street West, the space is across the street from Roy Thomson Hall and next door to the Royal Alexandra Theatre.

The space also sits below the 46 storeys of condominiums that would create an instant customer base for the company that steps in and sets up shop.

The premier two-storey retail space will create incredible exposure for whatever business takes the space and it features world class design by Architects Alliance who have created many of Toronto’s most recent designs such as the Pan-Am village and the ICE Condominiums.

Soaring 20 FT ceiling heights on the ground and second floor accompanied by the full glass front was very attractive to us upon visiting. Take a look at the space with this video we filmed while we were there.

Although it is still a shell, renderings of the space show the potential of the large open areas with multiple floors and views of David Pecaut Square. These renderings show what it would be like as a restaurant.

Floor plans of the space show how the 7380 SF space is divided. The ground floor makes use of the front of the building with 1673 SF. A mezzanine has an extra 355 SF. The 2nd floor is very large and measures in at 5352 SF. 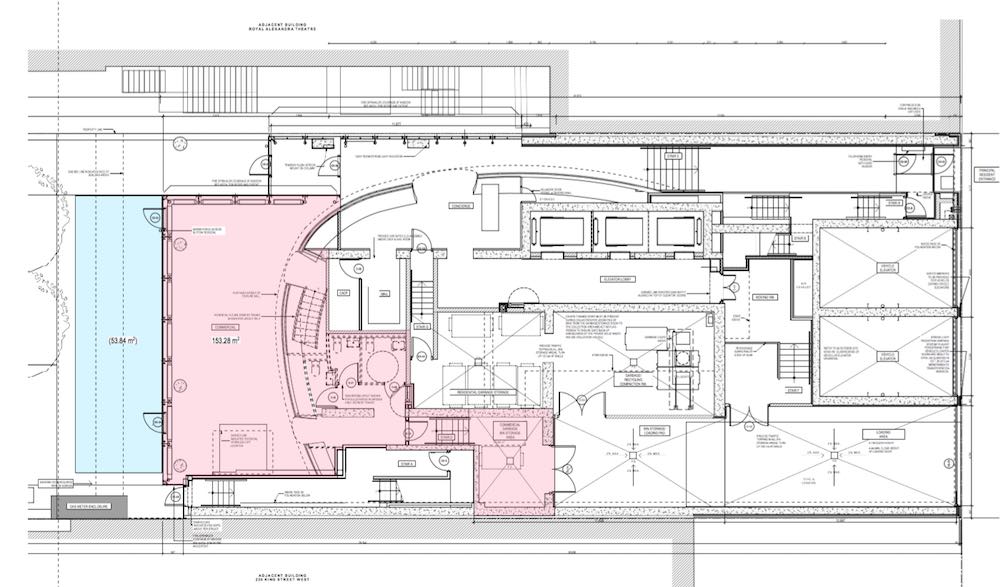 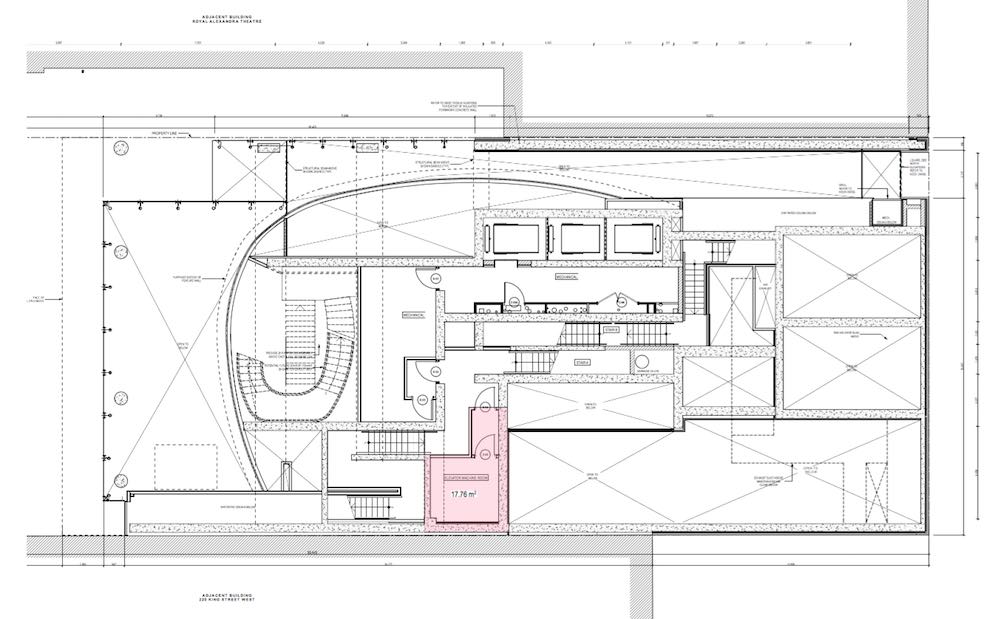 The location of the space is very sought after. Many businesses are in the area during the day and many attractions are in the area at night. Foot traffic is very high with many entertainment venues spotting the area.

Sports arenas, theatres, concert halls and more are just steps away.  Attractions include:

The Numbers on 24 King Street West

Here is some quick information about the space.

Ethnic food is forever authentic, revivifying and aromatic! A peculiar restaurant located in the heart of Toronto, Rikki Tikki is […]

Labora is a tapas victory in one of the most delicious areas of town. The eatery has been such a success […]