Have you found yourself flipping through the options on what to watch and looking for more content to fill your self-isolation days and nights? Aside from catching up on Netflix and Amazon Prime, we’ve noted some more great options for your viewing pleasure.

James vs. His Future Self: directed by Jeremy LaLonde (VOD Bell and Shaw/iTunes). Originally scheduled for a major national theatrical release has now been made available right in our homes as of April 3. Home Alone & City Slickers’ Daniel Stern gives an award-winning career comeback performance in a thrilling and hilarious Canadian time travel romantic comedy about living in the moment. When an uptight time-travelling obsessed young scientist is visited by his nihilistic future self, he’s told that the needs to give up his dream of becoming the world’s first-time traveller, or else. But when he won’t go along with the plan, it becomes a wicked battle of man versus himself.

Hot Docs at Home: The annual Hot Docs Film Festival may be postponed for this year but the programming team has decided that the documentaries are absolutely worth finding a way into our lives. Stay tuned for their announcement on April 14th. In the meantime, documentary lovers have access to the Hot Doc Collection Picks through various channels. Films include 93Queen (CBC Gem, Apple TV+), A Brief History of Time (Hollywood Suite), Becoming Bond (Crave, Apple TV+). Don’t miss Barry Avrich’s Made You Look: A True Story About Fake Art will premiere exclusively on CBC, CBC Gem and documentary channel as part of the 2020 Hot Docs Festival selections on April 16th. The crime documentary about the largest art fraud in American history set in the super rich, super obsessed art world of New York. Controversy erupts when an unassuming couple floods the art world with a collection of fake art that sold to a prestigious gallery who then sold the art to collectors and art world elite. Full list available here.

NFB.ca: The National Film Board of Canada offers films free of charge on their “online screening room”. Films range from documentaries, animations, fiction, experimental films, and interactive works for all ages. Films in the selection reflect stories that matter to Canadians globally and nationally — human rights, environment, as well as the arts. The roster includes new releases, Indigenous-made films, critically acclaimed titles as well as classics. We spotted Sarah Polley’s Stories We Tell on the roster. We’ve also made note of the upcoming new release, True North: Inside the Rise of Toronto Basketball,  coming on April 28. Full roster here. 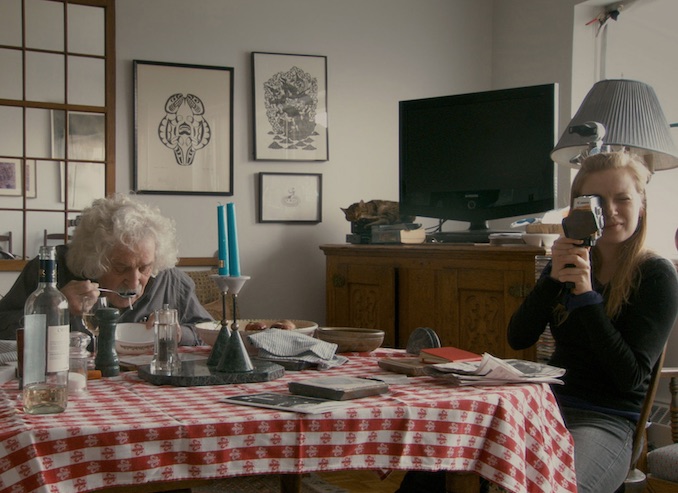 TIFF Stay at Home Cinema on Crave: If you love the whole theatre experience of watching a film with others, TIFF has created a series of “The Best of TIFF” viewing events with Crave, accompanied by conversations with special guests via Instagram. Recently, the screening event featured Beetlejuice with a virtual Q&A with Catherine O’Hara and Bo Welch. Details on upcoming events and how to join in here.

Focus Features “Movie Mondays”: kicks off with free Facebook Livestreams of classic titles exclusively (here) every Monday in April for free. Each livestream will include a link to donate to the Entertainment Industry Foundation’s COVID 19 Response Fund. All livestreams happen at 5pm PST/8pm EST and will include a Q&A where noted.

Bacurau: The Cannes-winning Brazilian thriller featuring Sonia Braga, Udo Kier, Barbara Calen, Silvero Periera is now available for Toronto audiences to “attend” in digital screenings and support local arthouse and virtual theatres (Regent Theatre and Fox Theatre). Synopsis: A few years from now…Bacurau, a small village in the Brazilian sertāo, mourns the loss of its matriarch, Carmelita, who lived to be 94. Days later, its inhabitants notice that their village has vanished from most maps and a UFO-shaped drone starts flying overhead. There are forces that want to move them out of their homes, and soon a band of mercenaries arrive in town picking off the inhabitants one by one. A fierce confrontation takes place with the townspeople turn the tables on the outsiders and they band together to protect their remote community, in a gender-bending twist. The virtual screenings under the Kino Marquee banner are made possible by Kino Lorber, a leading independent art house distributor for film lovers  supporting independent filmmakers and  cinemas.

Scouted by Premier Models Management in the UK where she was born and raised, Zainab Balogun transitioned into acting after […]

5 Free Family Events To Attend This Weekend in Toronto

Goodness there’s a lot happening this weekend! If you haven’t made any plans, here are 5 Free Family Events to […]