Our review of Below, developed by Toronto’s own Capybara Games. Released on April 7, 2020 for PS4 (reviewed), Microsoft Windows, and Xbox One. 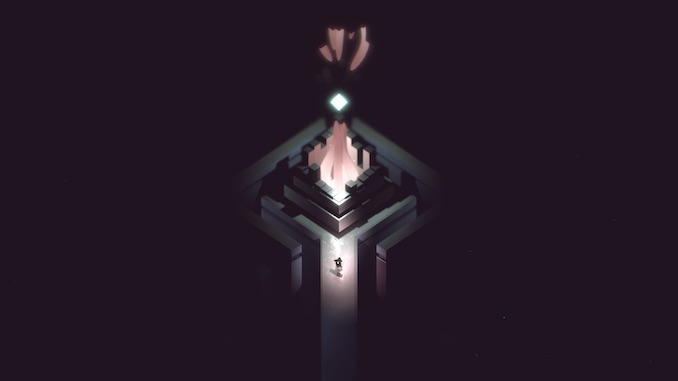 In a distressing, unpleasant, masochistic way… kind of? 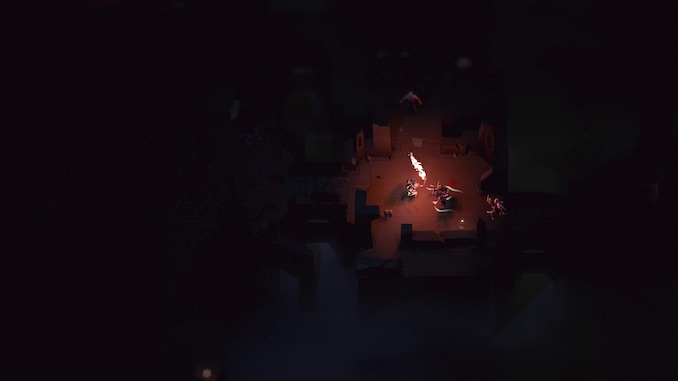 GATHER ROUND THE FIRE AND I WILL TELL YOU A TALE

It may be hard to believe, but back when this writer first started playing video games, he regularly encountered something called a GAME OVER screen. This ancient phenomenon, no doubt unfamiliar to Gen Z, involves: (a) running out of video game lives, and (b) being forced to restart a game from the beginning.

Below, a 2.5D action-RPG in which you spend about as much time dying as you do swinging your itty-bitty sword, owes a lot to the classical Game Over, not to mention 8- and 16-bit action-RPGS like the original Zelda. Squint, and the unnamed protagonist even looks a lot like a certain pointy-eared Hylian.

However, Below probably comes closest, in ethos and in plagiarized mechanics, to the contemporary “Souls” line of games (see our review of Sekiro: Shadows Die Twice here).

In Below, death is a learning experience: when you die, you restart from the beginning, albeit with unlocked shortcuts intact. Checkpoints are largely non-existent, though campfires can, if you’re very lucky, be activated for single-use fast travel. You must regularly track down your dead body to reclaim items from a previous playthrough. The game’s prized currency is souls harvested from your dead enemies. Heck, that’s not just a Soulslike anymore; that’s Dark Souls in 2.5D. 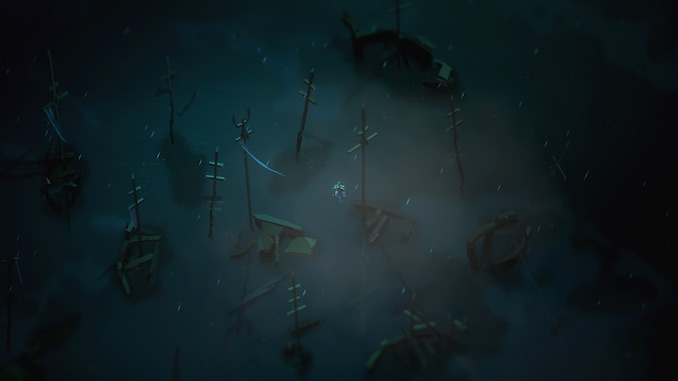 Below does not want you to play it.

Enemies are overpowered and come in numbers. You can die at any time of hunger, or cold, or thirst – mechanics borrowed from another, better, Canadian game. (See our review of The Long Dark here.)

Below is also hard to look at: the camera is so zoomed out, and the game so dark (we had to manually brighten the screenshots for this article), that you can barely ever make out what’s happening on screen.

Below goes out of its way to be abstruse. The map is confusing and misleading. You have no idea what an item does until you use it – except sometimes it does nothing at all. You’re never told what to do or where to go.

Baffingly, for a game that has no story and is therefore motivated purely by exploration, Below loves to punish you for exploring, i.e. through insta-kill death traps. Even worse, the game actually gets aesthetically repulsive the further you progress, with unpleasant visuals that dare you to look away – or turn off entirely. 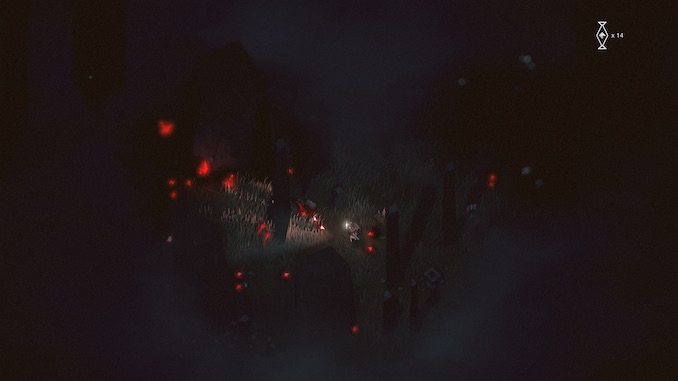 RIDDLES IN THE DARK

To Below‘s credit, some of its worst aspects are scaled back in its easier “Explore” mode. One-hit-kills are downgraded to two- or even three-hit-kills. You cannot die of hunger or thirst. Checkpoints are more frequent.

And, to be fair, there are other things to like about Below. The shortcut system alleviates some of the pain of retracing your steps. The lush 2.5D backgrounds are gorgeous. I have concerns about the game’s minimalist (read: opaque) gameplay, but I do like how, thanks to the distant camera, enemies appear as abstract points of light, while your unnamed and possibly genderless protagonist is effectively a walking hat with a sword. The game’s music, a melancholy score from Canadian singer-songwriter Jim Guthrie, is also lovely. 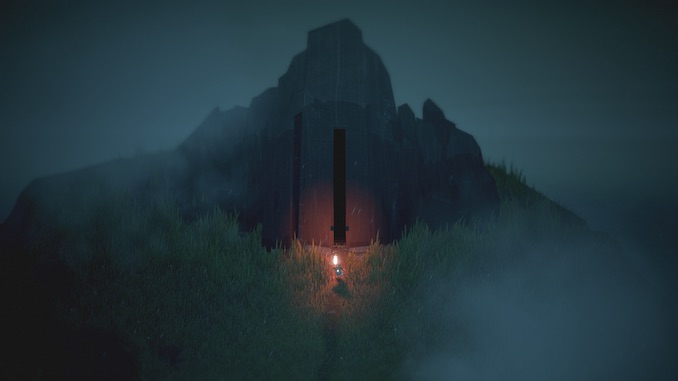 I’ve compared Below to Zelda and to Dark Souls, and officially it qualifies as “roguelike” – a quasi-randomly generated adventure game that can only be beaten through multiple attempts.

But in certain key respects, Below also reminds me of another abstract 2.5D Canadian indie adventure puzzler. Like Fez, Below is a 2D throwback with a confusing map system, a game that thrives on secrets and riddles, and one so oppressively difficult that it deliberately alienates a vast swath of players.

It’s a strange and sadistic way to go about making a video game, but then Canadians are known for their sadism I guess. 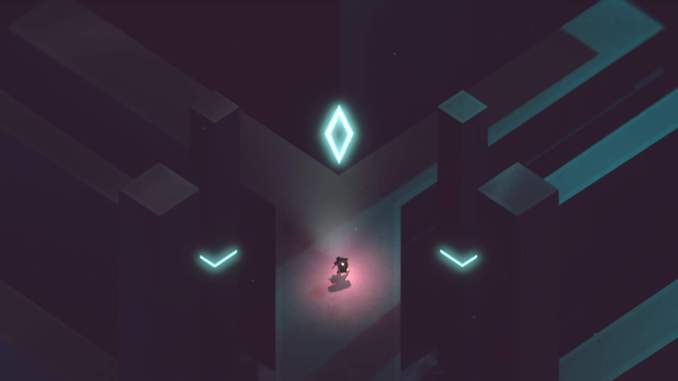 A SECRET TO EVERYBODY

It’s a secret to everybody that the very first Legend of Zelda game begins with a warning of how dangerous it is to go alone. It’s a useful tip, but also misleading: across the nine or so dungeons found in the original 1986 Zelda, protagonist Link comes across at least a half dozen characters, each one there to move the plot along, provide items, or offer helpful advice.

That simply is not the case for Below, a Souls/Fez/Zelda-alike in which your very lonely character never encounters another friendly or even unfriendly face. There are no damsels in distress or big scary wizards. There is no annoying little fairy chirping in your ear. There’s simply you, your sword, your bow, and your shield, fighting abstract enemies in treacherously low lighting, finding time to breathe only at the sparsely located campfires.

Below can be deeply frustrating, making you wonder why you keep putting up with the belows**** of retracing your steps for the 100th time. Even if you do the smart thing and jump straight to “Easy” (aka normal human with a great deal of patience) mode, you may eventually hit a brick wall and give in. (FYI, mine was Level 14. You’ll know why when you get there.)

Is there fun to be had in Below? Sure.

It it for everyone? Goodness no.

Visit the official page for Below here.

Maneater (PS4) Review: Do Go in the Water

Our review of Maneater, developed by Tripwire Interactive. Released on May 22, 2020 for PS4 (reviewed), Xbox One, Microsoft Windows, […]