Caravans of Gold, Fragments in Time is the first major exhibition that focuses on the Saharan trade. It addresses the role of medieval Africa and how the nation helped fuel global development, that’s largely left out of Western history books.  More than 250 artworks and archeological fragments that span five centuries and thousands of miles of geographic terrain, showcase the far-reaching impact of African trade. Most of the medieval objects from Africa have never travelled outside of their home countries and the exhibition, which originated at The Block Museum of Art, made Christie’s 2019 list of must-sees. 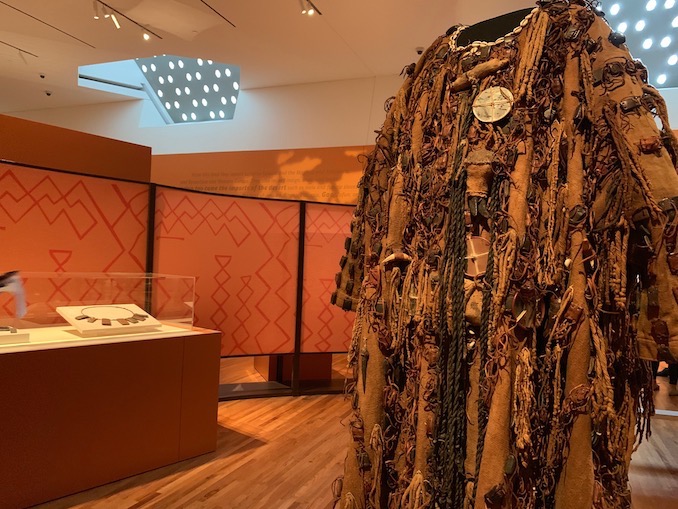 Caravans of Gold opens with a focus on the importance of trade through the Saharan primarily in commodities of gold and salt – which continues to be an essential for human life. Gold also remains a popular trading commodity across several countries.  Much of the gold used during the medial period was sourced from West Africa. You’ll even find European textiles with gold woven, of course, gold was also used in coins, jewellery, and manuscripts. 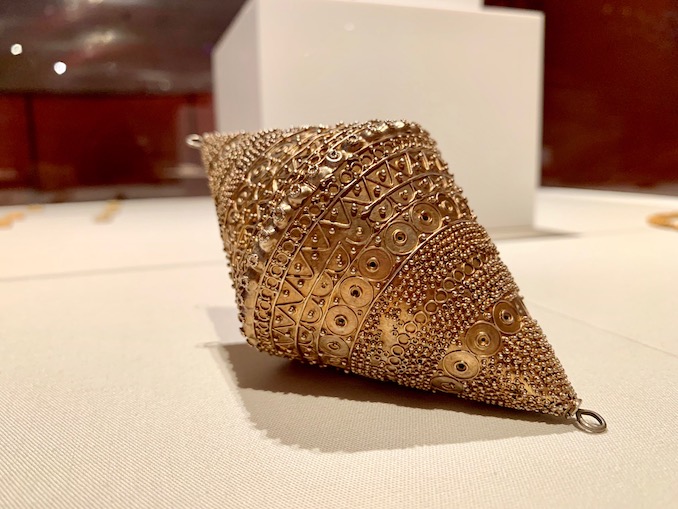 Caravans of Gold also examines how various economies were supported by trade along the river.  This section highlights a discovery of rare fragments. “When you look at the fragments, they really tell a much bigger story beyond the original object that it would have belonged to,” said Michael Chagnon, Curator at the Aga Khan Museum. “This small piece is just once example. When  it was analyzed it was revealed that the piece was actually a Celedon ceramic from 12th century China even though it was excavated in Mali, Western Africa. This tells us that even as early as the medival period, the world was already interconnected from East Asia to West Africa.”

There are some real treasures from national collections in Africa and the curator, Kathleen Bickford Berzock at The Block Museum was able to bring together some fascinating pieces on loan to the exhibition including textiles from the Telem culture. They are amongst the oldest woven objects that were found in Africa that date back to the 11th to the 14th century and were discovered in cave dwellings in Mali.

Also included in this exhibition is the exciting new work by Ghanaian-Canadian contemporary artist Ekow Nimako worthy of attention. Building Black: Civilizations envisions a futuristic, utopian African civilization is a response to the exhibition as a whole. 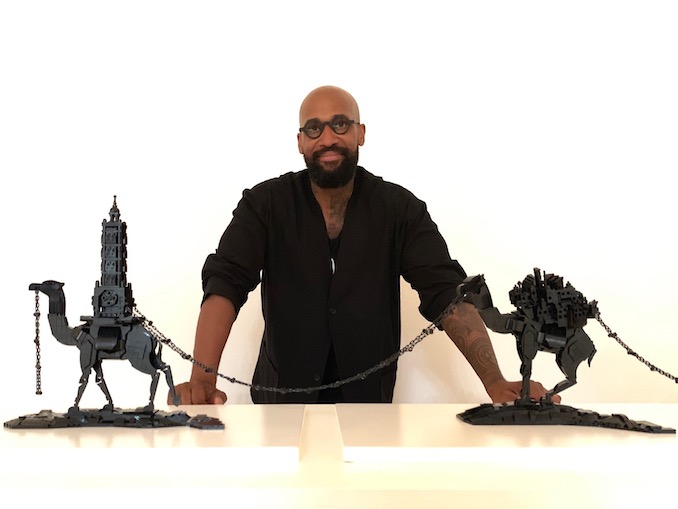 Nimako is known for his works using all black Lego building bricks. Like many, he enjoyed playing with them as a young child and continued to explore the wonder of creation to this day. His sculptures range from life-sized to objects that can fit into the palm of your hand. His work is sought after by art galleries, museums, and collectors from all around the world.

We were curious as to why he chooses to work with Lego.  “Interestingly enough it was the material I was most familiar with. I started playing with Lego when I was about four years old living in the UK. I landed in London, Ontario when I was six years old. I was playing with Lego constantly. So from there I always had a familiarity with it. I have to thank my parents for supplying me with so much Lego when I was a kid. And then in art school, I played around with metal and wood. They are both really interesting mediums but I just loved Lego and I was inspired by other Lego creators that I saw that had careers based on building these structures. I just wanted to make sure that the work that I create made an impact.”

At first, you think, “Oh, cool it’s Lego”. But there’s more meaning behind these sculptures. What’s going through his mind when creating these pieces? “A lot of reflection and reverie and contemplation about various things that inspire me like fantasy and science fiction,” said Nimako. “But also representation is really important. I think about things that I would have wanted to have seen growing up that I didn’t get to see. For me, it’s always about creating that space. Creating narratives that people don’t typically see.”

It’s hard not to wonder if these pieces were custom-made for him but no, Nimako tells us its all made of pure Lego blocks that are accessible to the public. However, he does strategically finish off sculptures with Lego pieces that are smoother. “I prefer using parts that don’t have such a reveal of Lego. I make sure the studs are all covered with tiles and smooth parts so you don’t necessarily see areas that immediately scream Lego,” he explained.

“Often you don’t see a lot of sculptures made completely out of black in the Legosphere. There’s something called AFL, which stands for ‘adult fans of Lego’ and it’s a whole universe of people who create and there are some who of course, are building in all black but not for galleries and museums. 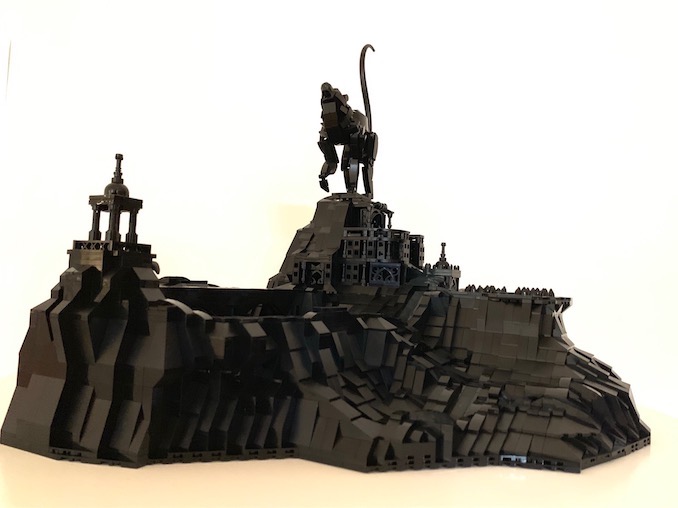 “The primate sculpture create for this exhibition took a very long time to create and that’s because I was working on a smaller scale,” said Nimako. “That meant I needed smaller parts to do what I wanted to do. Fluidity is very important to me in capturing natural forms. There are only so many parts that comes to small curved and smooth pieces. If was was building a larger animal or person, you have several parts you can put together to help convey the fluidity that I’m looking for. It takes a lot of time to create these as there are so many potential outcomes. I never build things the same way. It’s a constant flux of what I can possibly use.”

In the Lego world, there’s always the discussion about whether or not to glue pieces together, what about his work? “I do glue them mostly. It depends too. I think when you’re a hobbyist, gluing isn’t in your best interest. The whole notion about Lego is you build your things and then you can dismantle and rebuild and disassemble over and over again. So, for many, it’s kind of taboo to glue in that sense. But I think the rules are a little different when you’re selling your work to collectors and for public display on a larger scale. I have to think about shipping and how my work will carry on. I definitely don’t want the sculpture to fall apart. I think the other side to this is also gluing often people think you can just glue wherever you want. I respect those rule but I don’t do that. It’s important to adhere to the rules of Lego — if it clicks then it works. If it doesn’t click, I won’t just try and stick something there for the sake of just staying there.”

Nimako has 10 sculptures on display at Caravans of Gold with an additional, site-specific larger scale sculpture that will be unveiled in November.

Caravans of Gold: Fragments of Time at the Aga Khan Museum will be on exhibit until February 23,  2020. A number of special programming and talks are also scheduled. See their website for more details.