Rare royal treasures from Marwar-Jodhpur are now on exhibition at the Royal Ontario Museum (ROM). Treasures of a Desert Kingdom: The Royal Arts of Jodhpur, India showcases six centuries of Indian history with over 250 objects ranging from priceless jewels, textiles, ceremonial objects and stunning paintings. Pieces date back from the Marwar-Jodhpur and Rathore dynasty that the ruled the region for over 700 years until India’s independence in 1947.

The Royal family of Marwar-Jodhpur is one of the longest continuous lines of royalty in the world. The objects shown are part of a vast collection that has been kept intact through the centuries and many generations. Drawn from the Mehrangarh Museum Trust and the private collections of the royal family of Jodhpur, this exhibition features family treasures that are, for the first time, seen beyond the palace walls.

The layout of the exhibition is thematic – balancing a deep historical content with the pure aesthetic pleasure of experiencing art and heritage. Themes of the exhibition include the power of art as a tool of diplomacy, the strong role of women in the royal court, ideas exchanged through arts and culture and the family’s continued role in preservation through the Mehrangarh Museum Trust.

Jodhpur is part of global history. Dr. Deepali Dewan, Dan Mishra Curator of South Asian Arts and Culture at the ROM explained at the media preview how the Mehrangarh — Fort of the Sun, was built at a time of global expansions and historical moments – sea travel and trades were increasing. Christopher Columbus lost his way to India and landed in the Caribbean. There were other massive building projects at the very same time including the Forbidden City in China, the Vatican in Italy and Machu Picchu in Peru.

A few of the many highlights of this exhibition include:

The Rathores (clan of Rajputs meaning “sons of kings”) family lineage dates back to the 8th century. The rulers considered the protection of their kingdom and subjects their primary social responsibility. Within this exhibition are portraits of many rulers dating from the 13th to the mid-20th century. Worth taking a closer look as the style of each ruler’s portrait reflects the painting style of his lifetime. The current Maharaja Gaj Singh II, and his family, are shown in photography.

Lavish objects used in religious ceremonies are spotted throughout the exhibition. The Cradle for Krishna, is used to celebrate the festival of Janamastami – the birth of Krisha. The gilded piece with mirrors is adorned with peacocks, elephant heads, mythical creatures  and the family’s coat of arms was used for personal worship by the Royal family. 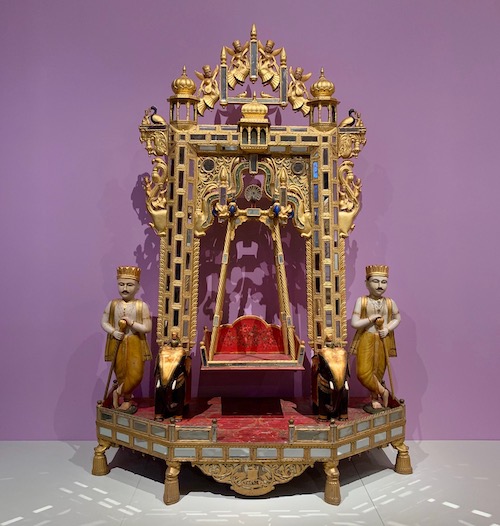 The Grand Palanquin (Mahadol) was used to carry royalty in processions during festivals or marriage celebrations. The base featured delicate carvings. The frame and joints were adorned with floral and plant patterns. The interior lined in rich jewel toned silks.

Several items in the exhibition points to the strong presence and the importance of women of the kingdom. Paintings and objects reveal that women of the courts were important to strategic alliances but also contributed by  bringing culture and new traditions to the family. They had power and were financially independent.  They were connoisseurs of the arts and were also responsible for organizing feasts for celebratory and stately occasions.

“This exhibition you will see the synthesis of different cultures within India itself as well as our own families. As marriages took place in different parts of India we integrated with the north, south, east and west, and different cultures were brought within the palace walls and had a big influence,” said His Highness, Maharaja Gaj Singh II of Marwar-Jodhpur at the media preview. 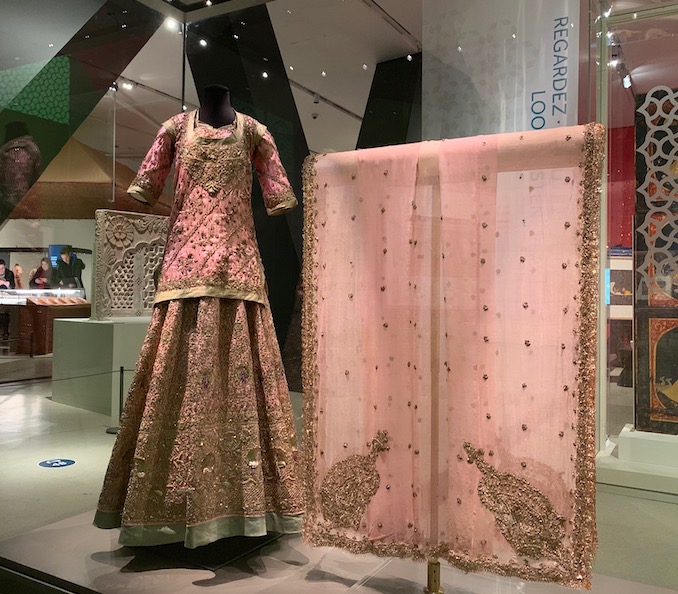 The zenana was an area in the palace dedicated to the women of the courts. Contrary to colonial perceptions of the zenana as a place of seclusion, here it was full of activity where women engaged in worship, art, music, games and other festivities.

Jewels and priceless riches are also on display including a Spice Box for Betel Nut (Suparidaan). Chewing the Betel Nut mixture (paan) had a ceremonial preparation. It was presented in a decorative tray and was considered a ritual that was taken after the meal as a “digestive aid and a sensory enhancing treat,” as described in the exhibition. 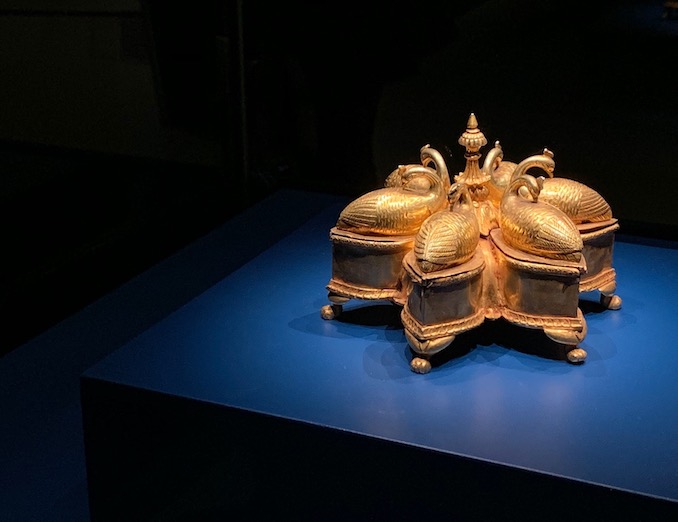 Augmented reality brings the older surviving Mughal tents to life and showcases historical scenes with figures of the royal court. There are also numerous workshops and lectures planned during the exhibition.

Take a look at the Mehrangarh Fort and Palace to discover more about the kingdom and its collections.

Treasures of a Desert Kingdom: The Royal Arts of Jodhpur, India at the Royal Ontario Museum is now open until September 2, 2019. This is the final North American destination and the exclusive Canadian venue. This exhibit is organized by the Museum of Fine Arts, Houston with the collaboration of the Mehrangarh Museum Trust, India.

On select evenings, the ROM stays open late to throwdown a party called Friday Night Live (FNL), attended by a […]

The region of Goa is often described as a pocket of paradise. As India’s smallest state, it’s got every ingredient […]