The reigning NBA champions, Toronto Raptors suffered massive changes this summer. After making the most significant success of their own and the Canadian basketball history, the Raptors are now in decline.

It is something apparent, and we don’t have to wait for the season to start to guess that. We are pretty sure that without Kawhi Leonard and Danny Green, Nick Nurse’s crew is much weaker than during the previous campaign. Kawhi is probably the best player in the league right now, while Green is a top 10 defender, and all the sweet offers to stay in Toronto haven’t  kept them at the Scotiabank Arena. 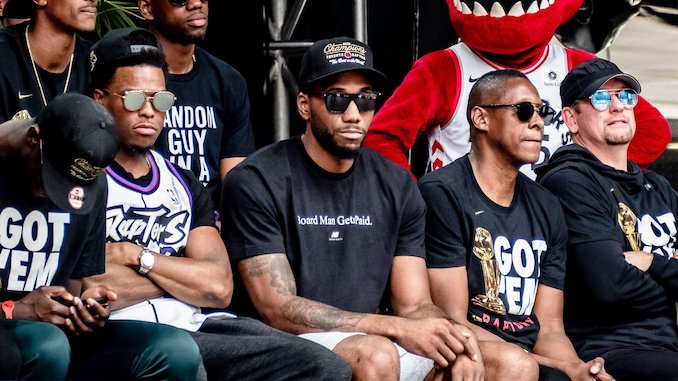 Therefore the bookies have significantly less trust in the reigning champs. For example, most of them believe that they aren’t capable of winning their division anymore, let alone do something bigger. The Atlantic division is loaded with potential. Throughout the previous 6 years, the Raptors were dominating this assembly, winning five titles.

Now, the bookies think that the only weaker team there is the New York Knicks. The franchise from the Big Apple sits at 250/1 to win the Atlantic, while the Raptors have 5/1 odds. Ahead of them are the Brooklyn Nets, with Kyrie Irving, and probably without Kevin Durant, with 9/2, the Boston Celtics with 4/1, and the 76ers with 4/6 who are the biggest favorites here. You have the complete offer of odds here, and also interesting NBA picks and parlays, which might bring some benefit to you.

Right now, Toronto has a modest roster compared to the teams who are attacking the title. The best players are Kyle Lowry, Serge Ibaka, and the last season’s Most Improved Player, Pascal Siakam. Of course, we can’t forget the veteran Marc Gasol, one of the best centers in the league. The rotation will include Fred VanVleet, Norman Powell and OG Anunoby. As for the newcomers, the team had brought only three new players, Rondae Hollis-Jefferson, Stanley Johnson and Cameron Payne.

Truth to be told, these guys aren’t the ones who can make a difference, but still, they could present solid backups for some of the players mentioned above.

The biggest strength of this team is going to be Nick Nurse, who is one of the best head coaches in the NBA. Plus, along with him as an assistant is Sergio Scariolo, the head coach of the Spanish national team. Recently, the Raptors hired the youngest female assistant coach who was previously their data analyst, Brittni Donaldson. She is from the same college as Nurse, University of North Iowa.

The bookies have set the limit for the Raptors to have 45 wins this season. Odds for more than that are 10/11. To take the Eastern Conference title once again, odds for Nurse’s unit is 14/1, and to win back-to-back championships 30/1. The top favorites to take the Larry O’Brien trophy are the Los Angeles Clippers with 10/3, Los Angeles Lakers 4/1, Milwaukee Bucks 9/2 and the 76ers with 15/2.

If GM Masai Ujiri doesn’t do something throughout the season, the Raptors will be a playoff team, but nothing more than that. And that will only be because of a poor competition in the Eastern Conference.