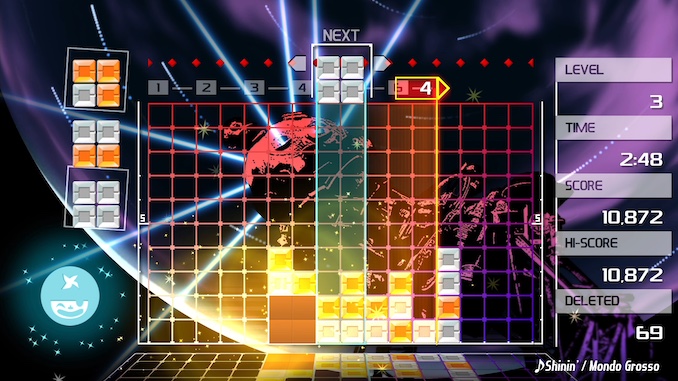 A limited-edition rerelease of a classic PSP rhythm/puzzle game, from the makers of Tetris Effect.

Lumines has made an admirable transition from portable version to the big screen.

People who played Tetris Effect or Rez and need more trance vibration in their life. 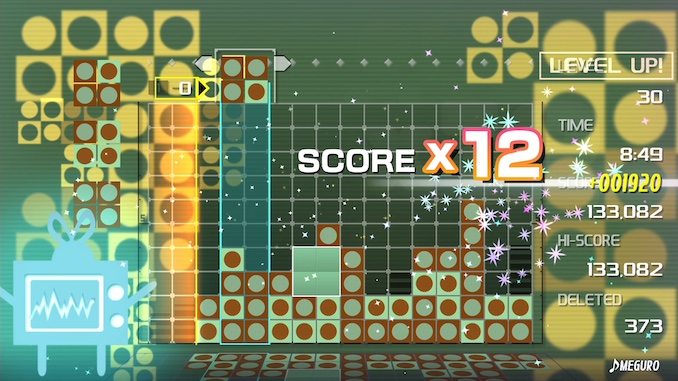 Hot on the heels of the superb Tetris Effect, its spiritual predecessor Lumines has just received a beautiful remaster. While the digital version was released late last year, for a limited time gamers can get their hands on a physical edition through the first weeks of May. Sure, it might not have the sheen (or licence) of Tetris Effect, but Lumines Remastered is a worthy title in its own right. 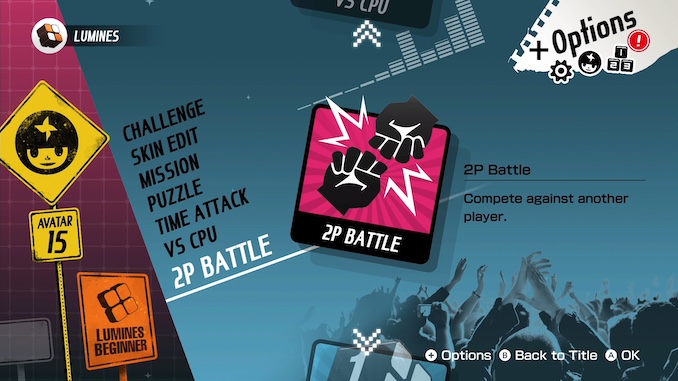 All you really need to know about Lumines (original and remaster) is that it comes from the mind of Tetsuya Mizuguchi, who gave us such instant classics as Rez, Child of Eden, and, as mentioned, Tetris Effect. Like other games in Mizuguchi’s oeuvre, Lumines is a rhythm mashup, in this case the mash being with the falling-block genre. Here, players strategically manoeuvre falling 2×2 terominoes that move and pulse to the rhythms of a 50-song-strong soundtrack. Just like in Tetris Effect, the experience is one of synesthaesia: put on some headphones, dim the lights, and relax as the music flows through you, and your thumbs. 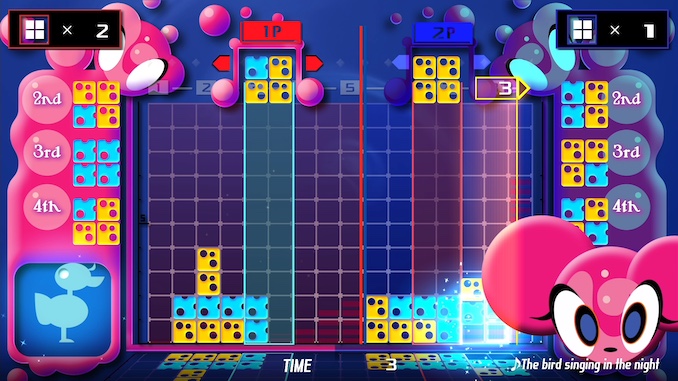 Where Tetris Effect uses, well, Tetris pieces, Lumines’s gameplay revolves around falling square-shaped 2×2 blocks. Each block is made up of four distinct bits, the bits randomly coded as one of two colours. The goal is to rotate the falling 2×2 squares so that the different coloured bits land next to other bits of the same surrounding colour. Fit four (or six, or eight) bits of the same colour together into a square or rectangular shape, and they will clear off the screen. In time to the music, no less.

One nice advantage Lumines has over Tetris Effect is local multiplayer. While the latter was inexplicably missing this key feature, it’s nice to see it here in what’s essentially a ported-up handheld title. And speaking of the port: the graphics have been given a lovely and shiny overhaul, the music sounds great on a proper sound system, and, because this wouldn’t be a Mizuguchi game without it, you can of course turn on “trance vibration”, which lets a second person feel the rhythm on an additional controller. 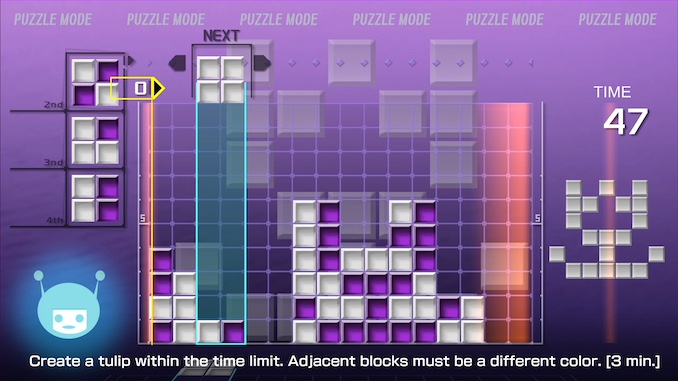 Lumines is (are?) a lot of fun. It moves quickly, the gameplay, even if a bit hard to describe in words, is very intuitive and easy for anyone to pick up and play. The music is great, and it’s always a blast to play another Mizuguchi title. Now where’s my Rez sequel?

Our review of Tetris Effect, developed by Monstars Inc. and Resonair. Released on November 9, 2018 for PlayStation 4. WHAT […]