It scratches a particular retro itch.

Sonic the Hedgehog and Friends.

FOURTH VERSE, SAME AS THE FIRST

Wonder Boy: Asha in Monster World is delightfully old-school. It stars an absurdly coiffured anime-style hero who, warned of an impending apocalypse, picks up a comically oversized sword and sets out into a brightly coloured world of Ghibli-like monsters. Across its six-hour campaign, title character Asha explores worlds of lava, ice, a garishly-decorated sky castle, and so many more classic tropes. There are a lot of floating platforms to hop on. There are elemental spirits that guide the way. It feels exactly like a mid-90s side-scroller, which, hey, as someone once said…. “SEGGGAAAAAA….” 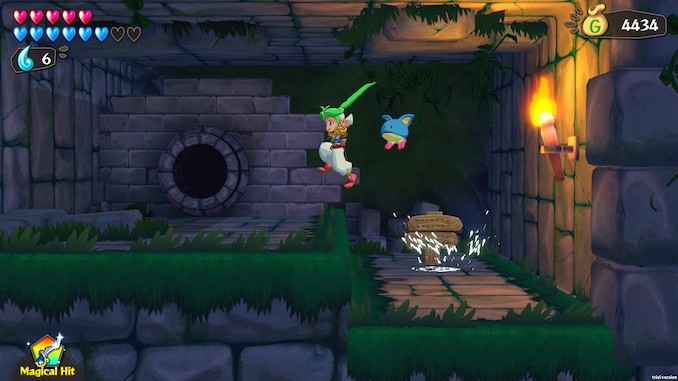 The once-venerable Wonder Boy series was a staple of 8-bit and 16-bit consoles and arcades. In six titles across a decade of gaming, the Wonder Boys sent players jumping, slashing, and collecting through brightly coloured fantasy landscapes which, today, sure look outdated, though they still carry a certain charm. There hasn’t been a Wonder Boy release since 2018’s Monster Boy and the Cursed Kingdom, though the last proper 16-bit title was Wonder Boy IV (1994), which, for reasons that will forever remain obscure to me, has now benefitted from the full-on remaster treatment on the Nintendo Switch, PS4, and Windows.

Artdink, the developer handed remaster responsibilities, has an impressive legacy of its own right: since its inception in 1988, Artdink has crafted a handful of oddball releases – most notably, the PS1 mech-based RTS battler Carnage Heart. It’s also got a long history of developing stellar ports – Wonder Boy: Asha is no exception.

So what is it? Well, it looks and plays a lot like classic Prince of Persia, only brighter: you run from side to side, hopping along platforms, poking around for secrets, slashing enemies. Actually, it’s hard to slot Wonder Boy into one particular genre: part JPRG (see: big hair, end of world), part platformer, part action-adventure. Games like this used to be a dime- (or, shall we say, a quarter)-a-dozen, though they’re rare outside indie games these days. 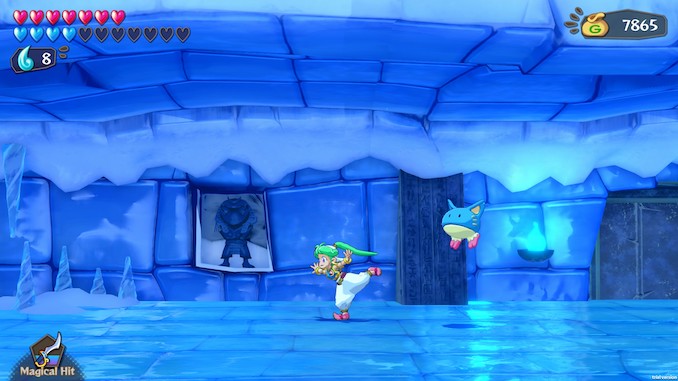 I like Wonder Boy. I like the patented Sega aesthetic – bright, colourful, fun. I like the cutesy fantasy-style soundtrack. I like Asha’s all-purpose pet/multitool, a sort of cat-bird-Kirby hybrid named Pepelogoo, which can be used to hover, double jump, as a shield, and as various other gameplay enhancers.

The gameplay reminds me of Genesis days of yore, though I do wish Asha moved a bit faster. I’m also not such a fan of the more laborious JRPG aspects, such as the endless text-based conversations or circling back to the same locations. This game can be speedrunned (spedrun?) in a couple hours. It’s a lark of a retro re-release, but it works well for those looking to scratch that particular itch.

Our review of Call of Duty: Modern Warfare, developed by Infinity Ward. Released on October 25, 2019 for PS4 (reviewed), […]