Acclaimed jazz pianist, Jim Clayton, has been doing stream shows for charity, creating a virtual tip-jar, where funds go to a variety of charities. We spoke with him to find out more about this great initiative. 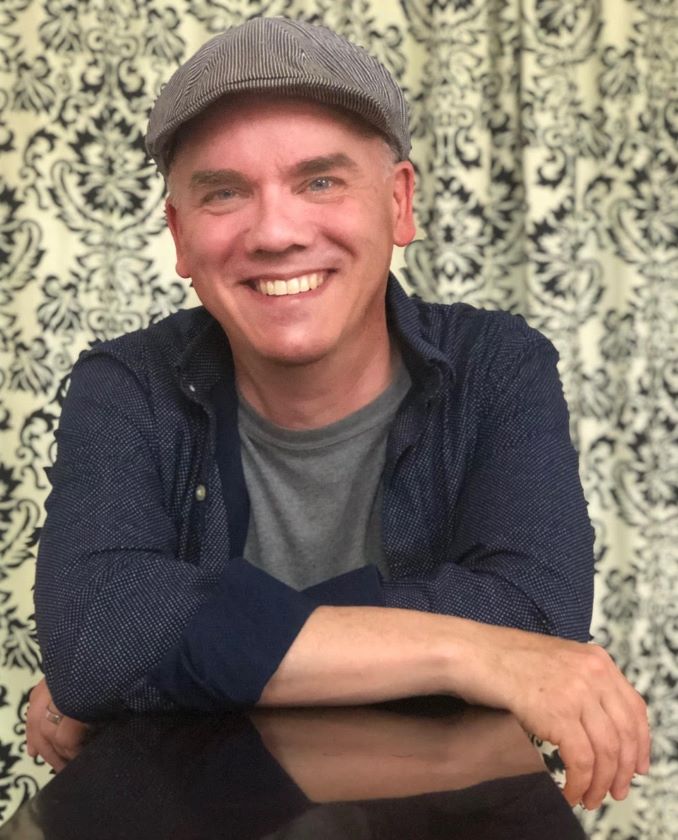 Describe your charity/non-profit/volunteer work in a few sentences.

Despite the pandemic, the music business has been kind to me, and I try to pay it forward whenever I can. This one sort of happened by accident, though. Right at the beginning of lockdowns, my daughter Lenny and I went on my personal Facebook page to do a couple of Ask-Me-Anything sessions from behind the piano, so we could take song requests as well as questions. On the third night, someone wrote to ask, “are you guys on tonight?” And so we did it again. Then we moved the show to my Facebook music page to invite more viewers and wound up creating a virtual tip-jar, where funds went to a variety of charities over the following months, from Glad Day Book Shop’s fund for tips-workers and performers to the New Orleans Musician’s Clinic (New Orleans is sort of a second home for us), to the Canadian Civil Liberties Union.

What problem does your fundraising aim to solve?

I’m hoping to remind viewers about the importance of food banks, particularly during the holidays, and to do some fundraising for the Daily Bread Food Bank, which is the major food bank here in Toronto.

When did you first begin raising funds for them?

We donated last December’s virtual tip-jar to Daily Bread, and it really clicked with the viewers, so we’re doing it again this year. Despite so many of the viewers being from outside the city—there’s probably more folks from Brazil than from Canada!—they still often donate as a thank-you for the music.

In 1992, after my first year of “jazz college,” my student loan money ran out a few days before my first summer-job paycheque came in, and there was nothing but salt and pepper in my cupboards. I heard about a food bank not far from me and wound up with a box of groceries that tied me over. (And it turns out I liked canned potatoes.) It was amazing to have that help, just to get me through ’til I could afford to stock up again. I only needed that help the one time, but that memory is vivid.

Having no food in the house was miserable, even just that one time, and even as a single guy in the summer. So I can’t imagine what it would be like for a family to go through that during the holidays, particularly when neighbours may be celebrating with an abundance of food and gifts. We need to make sure folks have the essentials, especially when they have kids, so baby food, formula, and powdered and canned milk are high priorities. Canned proteins too. But remember that the Daily Bread Food Bank can get better deals than we can because they can buy in big bulk amounts. So cash donations actually go further.

Well, in addition to financial donations, this is an ideal time to organize a food drive. My daughter’s school does one every year, and the community is happy to pitch in. And it’s even easier to organize a fundraiser than a food drive; you can donate the funds directly to the Food Bank at DailyBread.ca, and you immediately receive a statement with the donation amount, that you can post for your donors to see. The Daily Bread Food Bank really makes it easy to help.

Among all of the Jim’s Piano Bar fundraising shows in December, one is particularly special: it’ll be our 500th episode on Thursday, December 16 at 9 pm ET. And it’ll be the first show where I’m not playing and singing solo; two of my old friends, guitarist Andrew Scott and bassist Peter Telford will be joining me. There’ll be some jazz arrangements of holiday tunes, along with the jazz classics that the Piano Bar regulars know well. And I’ll be doing some late-night performances on Christmas Eve, Christmas Day, and New Year’s Eve. Even with food on the table, being alone during the holidays can be a drag, so if folks are looking for company, Jim’s Piano Bar stays open on holidays!

Jim’s Piano Bar airs live on Facebook every Thursday through Monday, from 9 pm to 10 pm ET. Each show is recorded and available to view anytime. You can also find me on Twitter and Instagram.

PAY IT FORWARD: What is another local charity that you admire?

Club Sandwich is a great grassroots organization that distributes food to homeless folks. My family often makes a stack of sandwiches on Wednesday night, and the next morning we drop them off at their donation headquarters at Metropolitan Community Church, near Broadview and Queen.

Not long ago we had the chance to speak with Lindsay Oughtred, Executive Director of Kids Up Front, about how […]

I had first noticed Tenfed at a shop I often frequent called A Kind Heart in Toronto. They carry brands […]

The Schizophrenia Society of Ontario

Just in time for #GivingTuesday, we chatted with the representatives over at The Schizophrenia Society of Ontario about all that they […]