Our review of Tetris Effect, developed by Monstars Inc. and Resonair. Released on November 9, 2018 for PlayStation 4. 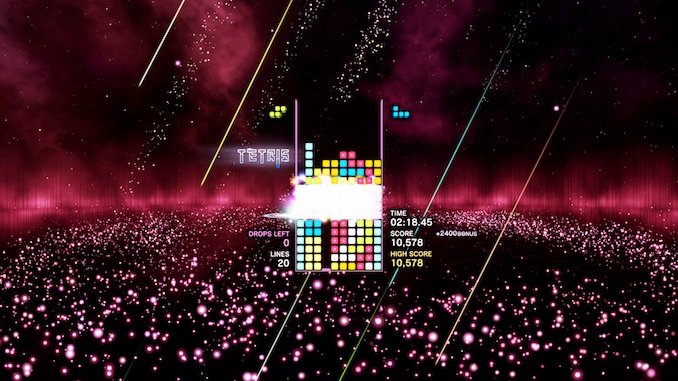 Tetris by way of rhythm game: same gameplay, with a kaleidoscopic audio-visual backdrop.

It is the best Tetris you will ever play, but it might be overwhelming for some.

WHY SHOULD PLAY IT?

Anyone who likes Tetris, music, and/or hallucinogens. 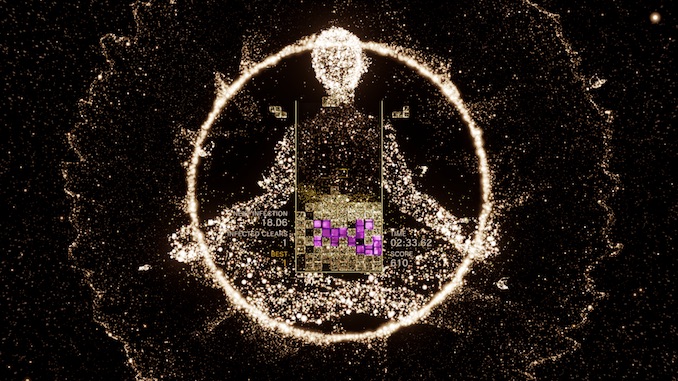 Tetris Effect, the hallucinogenic new techno VR falling block party disco extravaganza has just confirmed this for me. Even after countless hours in the world of Tetris Effect, I still have much to learn about the placement of falling tetronimoes (or as this game insists on calling them, tetriminoes). So yes, I am bad at Tetris.

But Tetris Effect is freaking awesome. 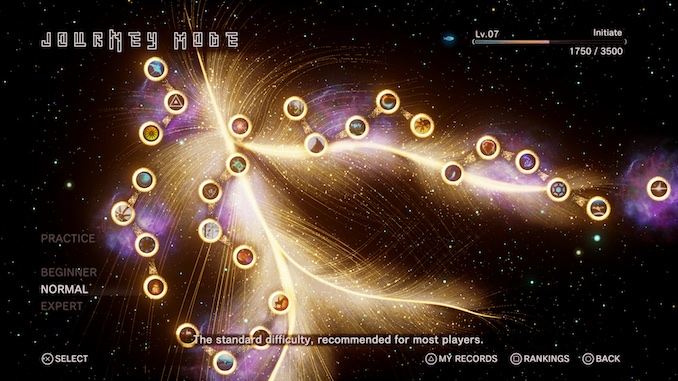 The first thing you’ll notice about the new Tetris is that it is trying very, very hard to distract you. The tetriminoes are made up of odd shapes and bright colours. There’s a huge screen-obscuring explosion every time you clear a line. And in the background of every level, there’s a beautiful and often extravagantly animated scene, featuring fully rendered landscapes, buildings, and creatures, not to mention abstract shapes, fractals, and, a recurring theme, kaleidoscopic imagery cascading into infinity.

This isn’t Tetris as game. This is Tetris as hallucinatory journey. 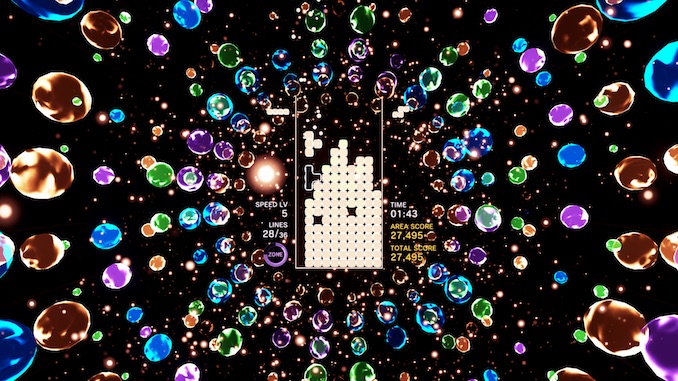 The next thing you’ll notice, once you’ve gotten accustomed to and even embraced the wild visuals, is the music.

That familiar Tetris tune? Gone. In its stead, each level features a unique tune, composed for the game, that bops right along to the rhythm of play. The music speeds up as the teriminoes fall faster, modulates and adds new instrumentation as you progress through a level, and, in a nice touch, dynamically responds to every button press of the controller. Impressively, the visuals also follow the music: for every beat in a song, for every button press, for every line-clear, the background will pulse, shift, react.

In some levels, it might be as simple as crystalline objects popping into and out of existence at the press of a button. In others, it’s the spin of a virtual windmill in time with a violin’s crescendo, or a space whale twirling through the sky, in a sly nod to this game’s predecessor Child of Eden, of which more below. Screenshots, as impressive as they are, hardly do this game justice: this is a game of motion and of music. With headphones in (or with optional VR gameplay), it’s a fully-immersive audio-visual experience. Touch, too, for that matter: not only does the controller vibrate in time to the beat, you can set a second one to do so as well, allowing a friend to “feel” the game alongside you. 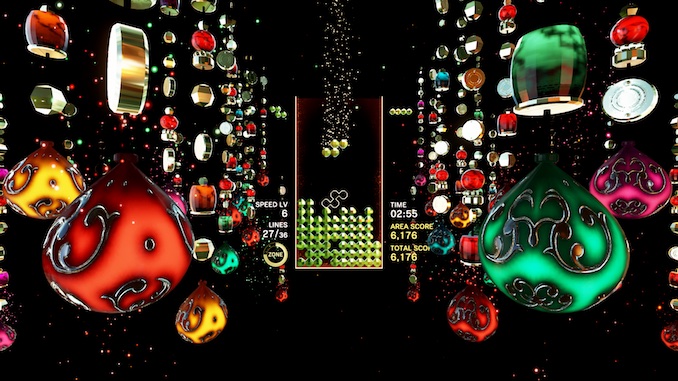 The term for this is synaesthesia; that is, the simultaneous experience of multiple senses in one moment. It’s a real medical condition, but as an art philosophy it refers to sculptures that hum, organs that project light, the Disney classic Fantasia, and, increasingly, video games.

Especially those of Japanese auteur Tetsuya Mizuguchi, the brains behind Tetris Effect, and a host of similarly hallucinogenic rhythm-based games. He created two of my favourites – Rez, a “rhythm-shooter” masterpiece only improved by its recent VR reissue, and Child of Eden, an early and still leading example of full-body motion control, via the Xbox Kinect.

Mizuguchi also created the puzzle game Lumines, which is Rhythm Tetris in all but name, and it’s surprising it took this long for him to get a crack at the real thing. Where Lumines was a fun but somewhat limited falling-block puzzler on the PlayStation Portable, Tetris Effect is a fully-fleshed experience backed by the kind of budget that comes with the Tetris name. Here, Mizuguchi gives us a full campaign mode of thirty or so levels, each with a brand new visual design and soundtrack, along with various bonus modes that range from the overwhelming – insanely fast Tetris that recalls the aforementioned Japanese wunderkinds – to the relaxed, as in a mode called “Chill Marathon”, letting you explore levels to your heart’s content, no Game Overs. 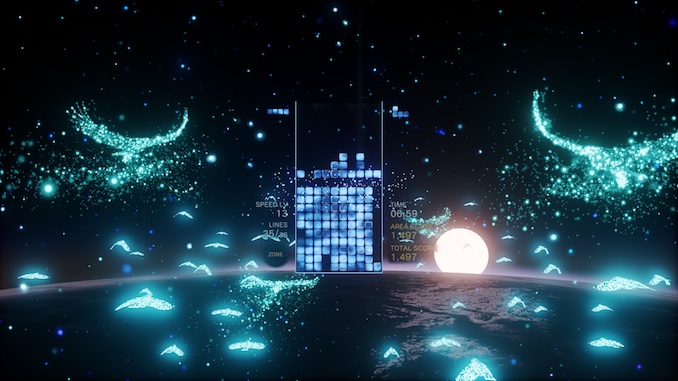 The first time you plug into Tetris Effect can be overwhelming, the music and visuals threatening to overwhelm the player, and the game itself. Yet, perhaps counterintuitively, by flooding the senses, Tetris Effect actually improves the very gameplay of Tetris itself. Partly that’s just by virtue of drowning out all external (read: real world) distractions. But partly it’s because of how carefully calibrated it all is. I don’t know how a real synaesthete “hears” colour, but I do know that, when the music is flowing, the lights are flashing, the blocks are falling, and the controller is thumping, I’m drawn deeper and further into this particular game than I’ve ever been before.

I’m still bad at it, but Tetris is a hell of a drug.