LeBarons are 100% independent alt-country from Toronto. Since 2014, the band has been crafting genre-blurring soundscapes that set the stage for Chris MacDonald’s vivid, lyrical, story-telling songs. Their hallmark is the delicate interplay between the voices of Chris and co-vocalist Megan Tilston whose ghostly tone seems to float effortlessly above the layers of fuzz and feedback. Their debut full-length album, Summer Of Death was released on November 2, 2018. 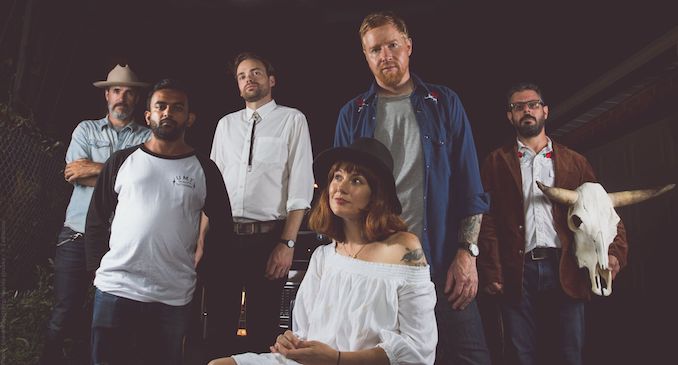 The band has steadily gained the respect of critics around the world, especially in the UK and Australia where their music has been called “epic, brooding, and emotional;” “superb and gorgeous;” and “gloriously atmospheric and romantic.”. They are now poised to enter the alt-country conversation back at home. The Summer Of Death record release show was a complete sell-out; the album saw its first campus radio Top 20 chart appearance, and Summer Of Death is on-track to break 10,000 streams on Spotify in its first 14 days of release.

Total Eclipse Of The Heart, and nothing guilty about it

Go for a long walk on the day of.

Mike Riley is a songwriter fond of big dogs and bigger guitars. He hasn’t let being born with a club […]