As a lover of art, design, pop culture and well…food, I’ve been keeping track of a few collaborations that are hitting the Canadian market this summer. Some are surprising and some not but all are probably worth hoarding in some way. Here’s what to look out for and maybe even hoard …

Perrier and Murakami: Takashi Murakami is one of the world’s most loved contemporary  artists. His work on the bottles were inspired by his colourful universe including his famous Smiling Flowers and his characters Kaikai and Kiki are presented in a cheerful array of colours. His inspiration draws from traditional Japanese painting, sci-fi, and anime. Perrier collaborated with Murakami in a limited edition line of bottles and cans. Collectors of  Murakami’s work worldwide are on the hunt for the two patterns released and screen printed right on the glass bottle (not available in Canada) but the slim cans with the flower print artwork are available as are other bottles with wrap arounds. 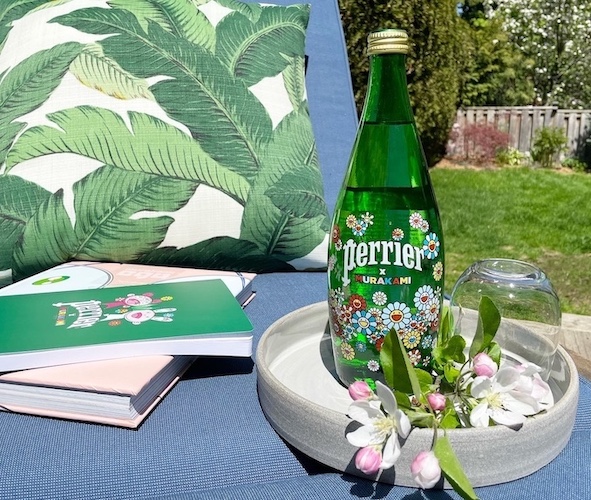 Tabasco Sriracha: What happens when two of the world’s most recognized hot sauces collide? Bliss! And it’s finally available in Canada this summer! We could call this the hottest pairing to grace the store shelves. On the Schoville Chart this particular one ranks 1000-3000 (somewhere between Tabasco’s Original Red and Chipotle Pepper) Made from sweet chilies and garlic, this blend also features barrel-aged peppers that is a signature of the McIlhenny Company who produces Tabasco.  The brand took inspiration from the popular asian hot sauce and created an unforgettable blend in a bottle. It’s also gluten-free, fat-free, and preservative-free. It’s also vegan and made with ingredients that are Halal, Kosher and non-GMO. Delicious in burgers and in dim sum and everything in between. This best of both worlds and an instant hit with our family that puts both sauces on every savoury dish at every meal. Absolutely hoard worthy. 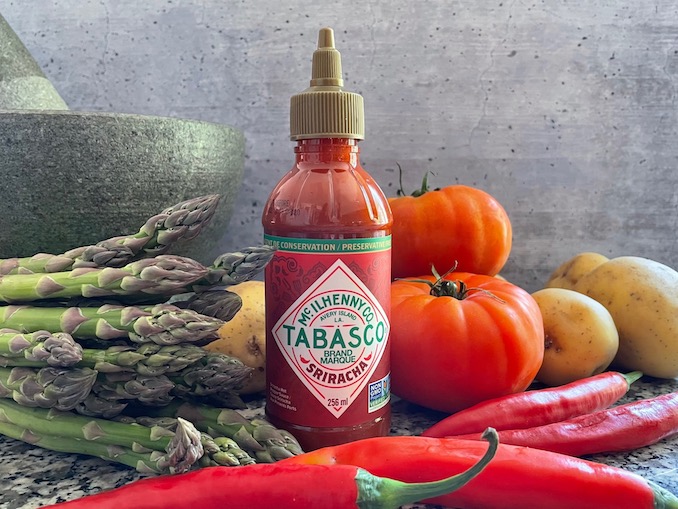 Campbell’s x Warhol: This well-known artist garnered much attention when he produced the legendary “32  Campbell’s Soup Cans” where he took something ordinary and turned it into a piece of pop culture. Now celebrating 60 years since Andy Warhol first drew the Campbell’s soup can, Campbell’s Canada has partnered with the Andy Warhol Foundation to release a limited edition Warhol inspired soup cans taking inspiration from the artist. The collection also follows the philosophy of making art accessible for all and brightening one’s day in a simple way.  If you’ve ever wished you could get your hands on a can or ten, now is the chance. For a limited time, you can find four limited edition works of the soup cans on shelves. 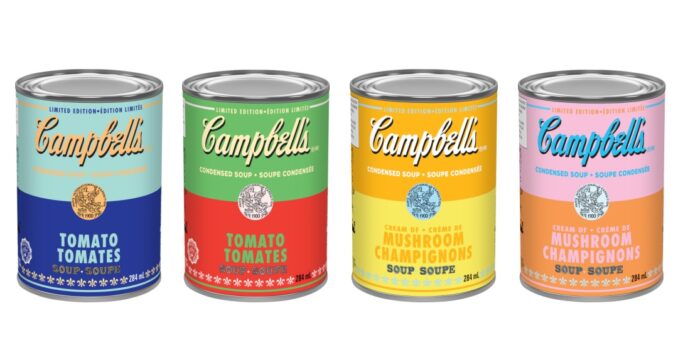 McDonalds x BTS: The much loved K-pop boy band has the Midas touch when it comes to anything they associate with and the #BTSarmy (that’s what us fans call ourselves – and yes, I’m still holding onto my ridiculously expensive tickets for their concert that was suppose to happen last May here in Toronto) is heading to McD’s in droves to order the special BTS meal now available in Canada and around the world. The specially packaged limited edition meal comes with 10 chicken nuggets, medium fries, large drink, and two special dipping sauces: Cajun and Sweet Chili. If you’ve been to South Korea and have visited McDonald’s there you may be familiar with the popular sauces! The official logo of the collab meal shows seven fries –which represents each member of BTS. There’s also merchandise available for purchase on the Weverse online portal including exclusively designed t-shirts, hoodies, bathrobes and accessories. No joke, we’ve seen a cleaned out set of the meal packaging up for sale on eBay for $150 (actual food not included!). The meal is available only until June 21. 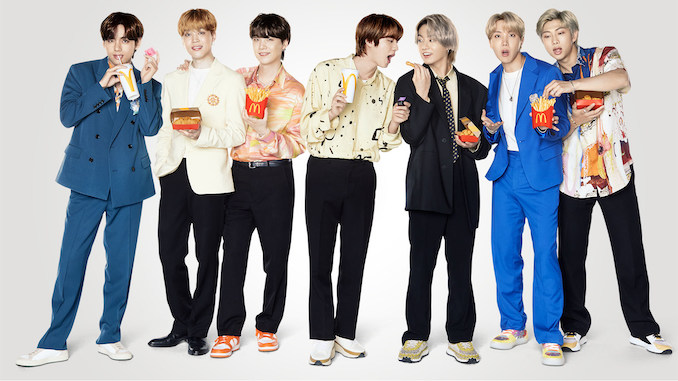 Currently at Waddington’s Auction House on King Street East, “A Selling Exhibition of Contemporary Asian Art” is on view. The […]

This Is Not A Toy: An Exhibition Of Contemporary Art and Collectible Design

Yesterday marked the first day of “This Is Not A Toy: An Exhibition Of Contemporary Art and Collectible Design” at […]

Pittsburgh isn’t usually a place frequently ventured to in the United States, with so many spots of natural beauty between […]