“We will be there to support you one 1000%. What I can tell you one thing… I promise you… you won’t have to be protesting on the front of Queen’s Park like you did with the Premier here” – Doug Ford 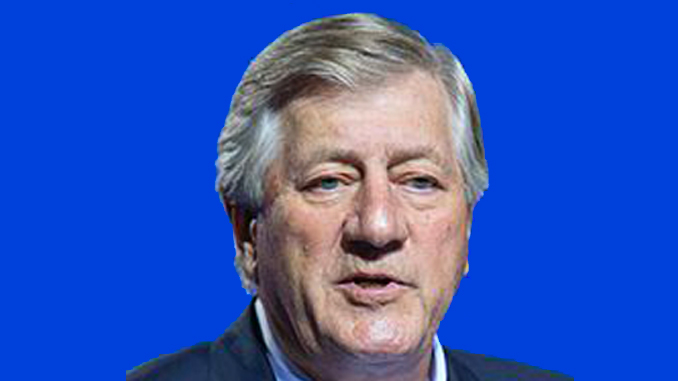 Are we really here again? Was Mike Harris really that good that we needed a sequel?

Here is what I remember about the Mike Harris years. Mike Harris now boasts about cutting $400 million annually from colleges and universities, but fails to acknowledge that under his reign tuition fees increased by 60 per cent and student debt ballooned while professor-to-student ratios fell to last place in Canada. I saw my Tuition go from $1700 my first year to over $4000 my final year. While tuition increased, OSAP loan maximums stayed stagnant.

The summer before Mike Harris, I worked for the Ministry of Natural Resources in a summer job program that was canceled the year Mike Harris took office.

My courses went from being taught by professors/associate professors to teaching assistants.

I saw the intramural sports programs I loved cut, with user fees making it financially restrictive to participate in other activities.

I saw food prices in the cafeteria nearly double, and a food bank being set up on Campus.

Some years I was lucky to get bursaries, but most years I was forced to work at least two part time jobs to be able to go to school.

All this did was take away from my school experience, and give me a level of worry that no student should ever have to face. It also distracted me from achieving higher grades. Oh yes, it also left me with a crippling debt load when I was finished.

During this time, I was subject to no less than 3 school strikes from educators to support staffs. Municipal downloading saw my transit fees skyrocket. One summer when my OSAP grace period was cancelled in error, I recall being thrown out of a PC MPP’s office for loitering when I asked him for assistance.

I watched as friends were forced to leave school, and forced into poverty. I saw Indigenous People being killed for protesting at Ipperwash. I saw fellow Ontarians die as direct result of Mike Harris’ policies in Walkerton. I saw Kimberly Rogers commit suicide as a direct result of the culture of distrust that permeated Ontario’s social services during the Mike Harris years.

Mike Harris left office in a fog of coroner and public inquests. People died because of Mike Harris. There is no hyperbole in that statement. There was an ingrained cruelty in the “Common Sense Revolution” and an ideological hatred of the poor and of students. In other words, people who would never support their government or party.

Now history is repeating itself with Doug Ford. The same ideological aversion to education and to educators, the same cruelty towards the disabled and the poor. Cuts to OSAP and tuition grant programs that benefit low income Ontarians. I see a government of bullies who are disenfranchising an entire section of Ontario’s population in the name of efficiencies.

This is a government that lacks vision and a plan for the future.

Mike Harris politically radicalized me, and Doug Ford is going to do the same to my children’s generation. I had never attended a protest or walked out of school or work until Mike Harris became Premier of Ontario. Mike Harris was my Richard Nixon, and now Doug Ford gets to be my daughter’s Mike Harris. The cycle continues, only this time I will be at the protests with my daughter, I will walk out with her. I will not stand idly by while another Conservative government tries to steal the future of another generation of young Ontarians and Andrew Scheer hopes to accomplish the same nationally.

You have messed with the wrong parents, Premier Ford. This time you will face a resistance that would have left Mike Harris in a fetal position crying.