The Toronto International Film Festival (TIFF) may have wrapped for another year, but the words of wisdom of some of its top talent will be remembered after their return home to Hollywood.

Nespresso returned to TIFF to host three captivating and caffeine-filled panels, aptly called “Coffee with Creators” at Byblos restaurant – just downstairs from RBC House, which welcomed some of Hollywood’s most famous faces at cast parties throughout the festival. I hit the paparazzi-surrounded spot for both the session for TIFF tearjerker The Friend and Human Capital. The former is based on the Esquire article of the same name, which tells the story of a regular guy who uproots his life to move in with a young family he’s friends with after the wife’s terminal cancer diagnosis. The latter is a film about two families whose lives become intertwined after a fatal hit-and-run. 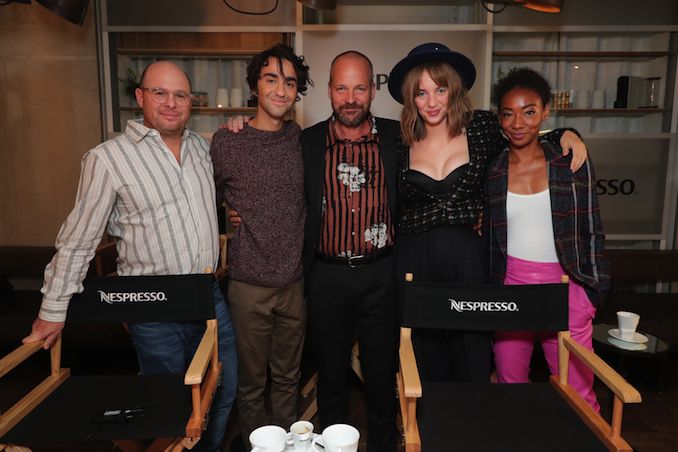 Here are some of my favourite quotes from my TIFF 2019 events.

On how we should treat others:
“It’s expressed in the movie; you don’t really know what’s going on in someone else’s life. That was just a wonderful reminder to me; I knew that, but just to dig deeper into everyone’s point of view leads to a little more compassion in the world and not just judge people like, ‘a wealthy woman must have no problems,’ or ‘a middle class guy is simply this.’ Everyone has their own hopes, desperations, flaws and things they’re good at…sometimes we just superficially judge people. I feel like – beyond all the issues of class – on a human level, that’s what I really think people will take away from this film,” said Human Capital director Marc Meyers when asked what he hoped people take away from the film. 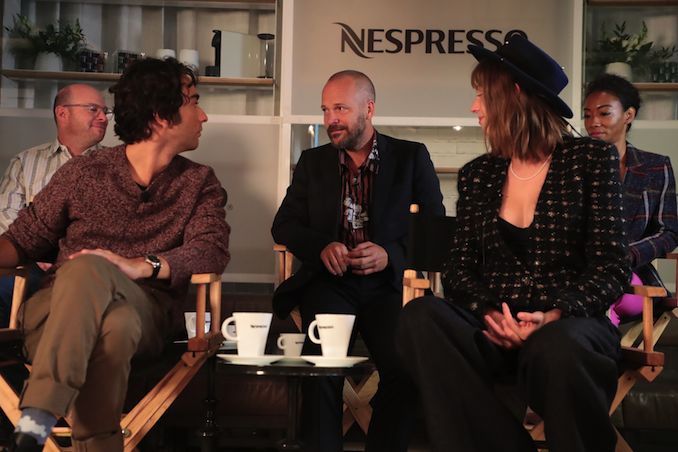 On buying real estate:
“My dad said, when I was buying a house, would you pitch a tent there? And I had gone camping with him a lot as a kid and it was always like, ‘is it south facing? Is there a water source? Is it going to flood? Is it going to be dry? And I thought, that was really helpful; I would recommend that to anyone,” said Peter Sarsgaard when asked about the best piece of advice offered by his parents.

On not taking work home with you:
“They’re really intense scenes and you need to wash them at the end of the day and come back the next day you come back and you could be shooting something that’s lighthearted. You can’t be living in that for five weeks,” said Jason Segel on filming intense scenes for The Friend. 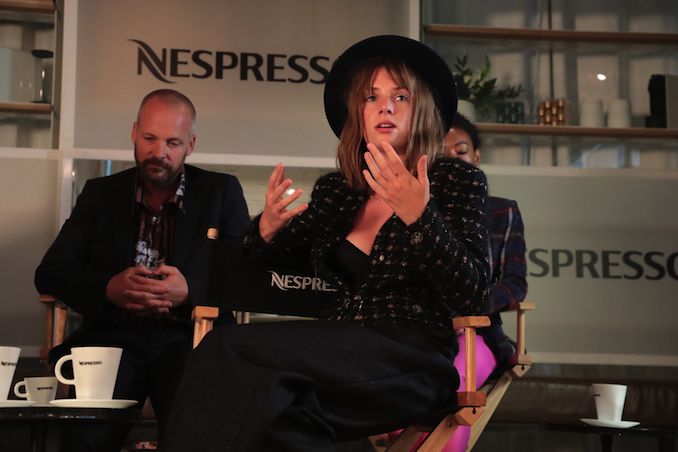 On the best advice from parents:
“Don’t make any choices that don’t bring you joy…Never do something because someone else tells you do or it’s a good move. Do things because there’s something about it that’s calling you to it and because it brings you joy. And, um, if you keep doing that, then it’s pretty difficult to get too far off track from the core of who you are as a person,” said Maya Hawke when asked by Jen Kirsch about the best advice her parents (once Hollywood power couple Ethan Hawke and Uma Thurman).

On the effect of money on the human psyche:
“Money doesn’t make you happier, but it’s certainly a good start, sort of thing. I do think that my character derives a lot pleasure from things he owns – and power and that beckons him. That’s real. I mean, we play a lot of lip service from the time we’re children to try to figure out the things that are going to matter in our lives and what is actually going to make us happier. We see everyone in the world virtually obsessed with the system of capitalism, driven to these crazy extremes of murder sometimes and destroying their own families and I want to know what drug that is. I see it around all the time. I’m someone who is privileged enough to have a decent amount of money. I see it as something that is destroying the world so I just wanted to get inside of that,” said Sarsgaard on what he learned after playing the role of affluent Quint in Human Capital.

On finding things to ground yourself:
“I was living above a barn in this little apartment above a barn on someone’s property in Alabama. And I would go on these walks and there were just so many horses. I really love horses; I grew up riding. So, that was really something I could grip onto. Even between the takes – some scenes we really maintained this mood – but for the most part we would go to a lot of playful places,” Dakota Johnson on filming the emotionally intense and draining film The Friend.

On learning (and evolving) from your peers:
“I loved working with him. I learned a lot about acting being next to Casey; he has a totally different approach than me and I learned a lot that I will take a lot moving forward,” says Jason Segel of working with Casey Affleck on the set of The Friend.

There’s nothing like a collective inhale heard in an audience at a live performance to move you to the core. […]

The wetlands at Rouge National Urban Park just became the home for 49 baby Blanding’s turtles. The babies are getting […]

#TakeUpSpace with The Woman King Cast

The Toronto International Film Festival (TIFF) lit up Toronto at the start of September with festivities and celebrity sightings. This […]