Rendezvous With Madness is one of the most important film festivals in our city. Now its 27th year, the festival continues to promote a greater understanding  of mental health and addiction. This provocative festival uses art to investigate and illuminate the realities and mythologies. All of the artists who present work through Workman Arts are also artists that identify as having lived experience with mental health and are exploring it in their work.

Running from October 10 to 20, the festival this year will showcase 14 feature films and short programs from around the globe, 4 live performance pieces, and a visual arts exhibition. New this year is the addition of ‘Laughter vs. The Universe’ – a one night only comedy showcase designed to remind us that sometimes laughter truly is the best medicine.

Rendezvous With Madness is launching an awareness campaign this year to create discussion during the festival called #GetMad – it is a prompt to get people talking about mental health and to turn the idea of ‘madness’ from a negative to a positive and to suggest that anger and frustration, when used positively to break down stereotypes and biases around mental health, is something to celebrate.

We had the opportunity to speak with Kelly Straughan, Executive Artist Director of Workmans Art, to learn more.

It’s been more than 25 years since this Film Festival launched. What has changed?

KS: I would say the biggest thing that has changed in the last 25 years is the nature of the conversation around mental health. When the festival first launched, discussion about mental health issues and addiction was behind closed doors, and the stigmas associated were more aggressively out in front. Now more and more people are willing to talk publicly about their challenges, and that changes the discussion. Having said that, stigma does still exist, and it remains very important to have a platform to discuss the complexity of human emotional experience and also to provide support to artists who live with and address these issues in their work. Artistic expression will always be one of the best ways to keep the conversation going and to destigmatize. Also, the structure of the festival visibly changed last year when we added theatre and the performing arts into the mix.

What made the organizing committee decide to add performance arts and visual arts to the mix?

How are the artists, and their works, selected?

KS: Each year we put out a call for submissions across all curation categories, and we have a film jury and a theatre and performance jury who select from the submissions, taking into consideration how different films and performances will complement each other and create a diverse dialogue. We also actively solicit submissions from artists who are doing work that we think would be good for the festival. The visual arts installation is similarly selected but by a single curator.

There’s a night of laughter, what can we expect from that?

KS: We are excited to be adding a comedy night to the festival this year, and audiences should expect to laugh and have a great time! We recognize there is power in comedy and the ability to find humour in dark or difficult situations, and the comedy night offers yet another perspective to the conversation. When we approached Comedy Bar about the possibility of partnering with us on an event, they were immediately game – I think it’s going to be a great way to wrap up the festival this year.

Tell us about the #GetMad program aimed to continue the conversation?

KS: Social media has had an interesting role in the mental health discussion. On the one hand, social media can create profound feelings of isolation – it can create a false impression that some people are living better, more beautiful and fantastic lives than they really are, thereby making others feel alone or like they’re failing. Yet at the same time, social media has also become an important platform where people are sharing stories of their lived mental health experiences.

This year we decided to launch #GetMad to coincide with our launch and World Mental Health Day, to try to prompt and harness conversations about mental health on October 10th and to engage with the positive side of social media. We hope as many people as possible will join us on the 10th in sharing stories about what #GetMad means to them.

What can you tell us about the opening night film?

KS: Our opening night film this year is a great documentary from the east coast called CONVICTION that looks at the rising female prison population in Canada as well as considering whether incarceration is the best solution for a population largely struggling with mental health and addiction issues. What I like about this documentary is the filmmakers passed the camera to the women in the facility and gave them the power to tell their own story. One of the things that makes Rendezvous With Madness unique are the in-depth, curated conversations we have after screenings and performances, and we have a fantastic discussion planned for opening night with one of the film’s directors, a woman who was a corrections officer at the facility when the film was made, but who has since left corrections to advocate for prison reform, and representatives from the Elizabeth Fry Society. 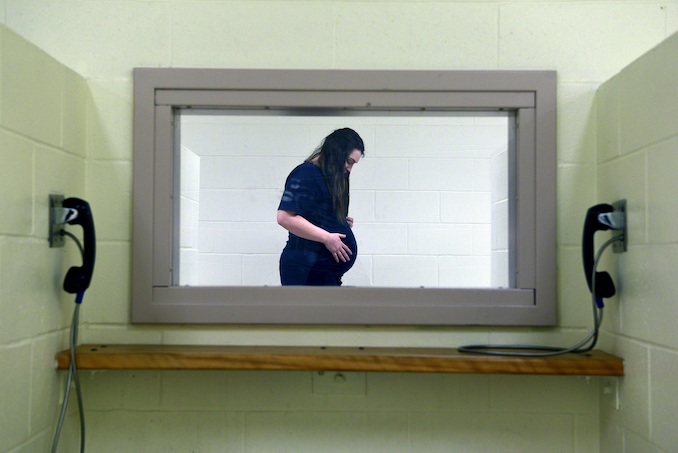 What gets you through those tough days?

KS: When I am under stress or going through a challenging time, I prioritize talking with friends and family and making sure that I stay connected with people and have that support network around myself. This also extends to co-workers – at Workman Arts we try to make sure we are checking in with each during these incredibly busy times leading up to the festival and that we don’t fall into the culture of ‘business as virtue.’ It all comes back to having community and dialogue which we know is the foundation of good mental health.

The 2019 festival kicks off on October 10th – World Mental Health Day – with a special screening of the East Coast made documentary Conviction by filmmakers Nance Ackerman, Ariella Pahlke, and Teresa MacInnes at the Hot Docs Ted Rogers Theatre. Women have become the highest growing prison population in the world. In Conviction, a team of three documentary filmmakers gain access to a correctional facility in Nova Scotia to tackle the crisis from within.

Other film highlights in 2019 include the Canadian Premiere of the Sundance Film Festival selected documentary Bedlam which looks at the crisis of mental health deinstitutionalization in the US and will be followed by a rigourous panel discussion about the issue on both sides of the border; César-nominated French filmmaker (who began her career as a psycho-sociologist) Fabienne Godet’s Nos Vies Formidables/Our Wonderful Lives, a naturalistic drama about a 30-something woman who lives with addiction and enrolls in a rehab facility in the French countryside; Chaos (Golden Leopard Award-winner at Locarno 2018) is a documentary from acclaimed Syrian director Sara Hattahi that looks at three women (including herself) in three cities to examine the impact of war on the human spirit; in My Soul Drifts Light upon a Sea of Trees Dutch documentary director Heinrich Dahms follows the story of Zen Buddhist Itettsu Nemoto who makes it his life’s work to support individuals struggling with depression and suicidal ideation after losing an uncle and two friends to suicide; documentary director Iain Cunningham goes on a 6-year journey to learn about a mother whom he never really knew and the truth of how she died in the acclaimed Irene’s Ghost which first premiered at the BFI London Film Festival; and celebrated Iranian director Bahman Farmanara directs and stars in a family drama meets homage to Iranian artists in Tale of The Sea, the story of a writer who suffers a breakdown after witnessing a violent murder.

Visit www.workmanarts.com for a complete listing of films, performances, and art exhibitions.

“A Day In The Life” With Independent Filmmaker Rebeccah Love

Rebeccah Love is a Toronto-based filmmaker, writer, visual artist and community organizer. She studied at the University of King’s College, […]