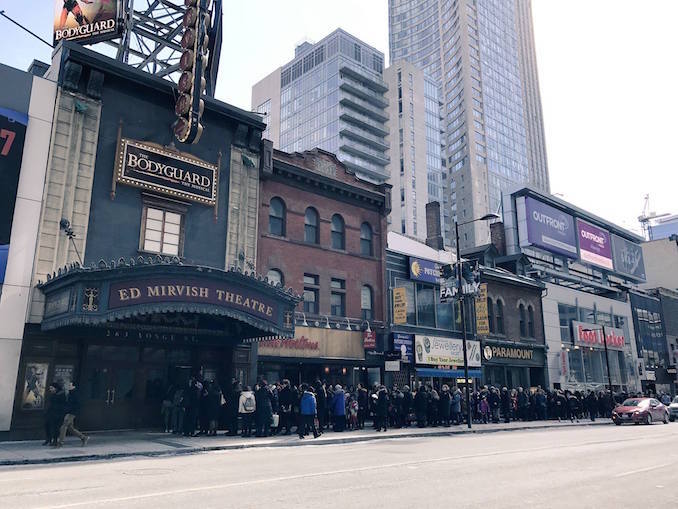 Most of us know at least one of Whitney Houston’s greatest hits. Just last night I was in my bubble bath and surprisingly “I have nothing” came through the radio station and no, it wasn’t a station that’s often tuned into while at the dental office, either! Haven’t heard that song played on the airwaves in ages! But I have been getting my fill of Whitney lately thanks to The Bodyguard musical that’s currently on tour and in Toronto at the Ed Mirvish Theatre.

Not only did my friend and I get a chance to see the musical (by the way, great for a fun girls’ night out) but just this past week, Mirvish Productions, who brought the show to the city hosted a free public sing-a-long with the cast of The Bodyguard. 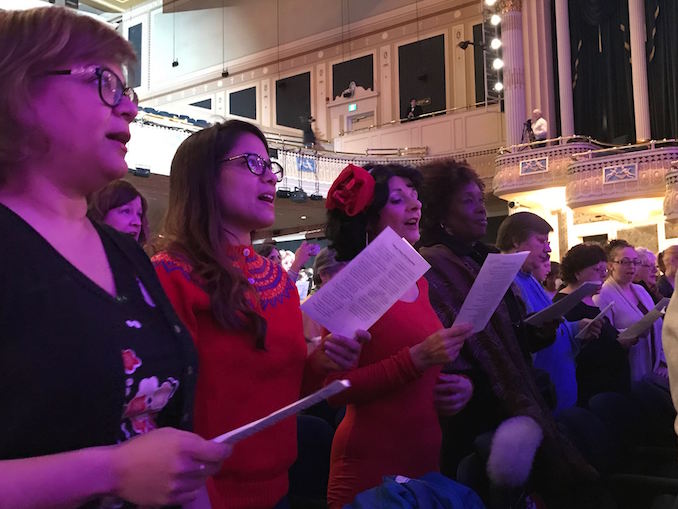 This made total sense as during the production itself you really have the urge to sing the many hit songs along with the cast. But like many, I tried hard to refrain, and apologized in advance to my seat mates if I couldn’t control my impulses to at least hum along.

This special event gave wannabe singers the chance to just have fun and belt it all out! There were no rules other than to have fun and exchange for participation, each “singer” was given a ticket to the show. When I had walked along the snake line outside of the theatre before heading in, I had a chance to chat with a few fans and people couldn’t believe that they would get that ticket all for doing what they love anyway. Some even snuck away from nearby offices during the lunch hour event to sing!

Four songs from the hit musical were sung with the crowd including “How Will I Know?”, “Saving All My Love”, “I Will Always Love You”, and “I Wanna Dance With Somebody”. Of course, at the end I overheard a few fans saying they wanted more!

Many were women in line and a few men joined in the fun as well as kids and babies! Hey, it’s March Break and why not? It’s a feel good event that brings the love of singing back to community. 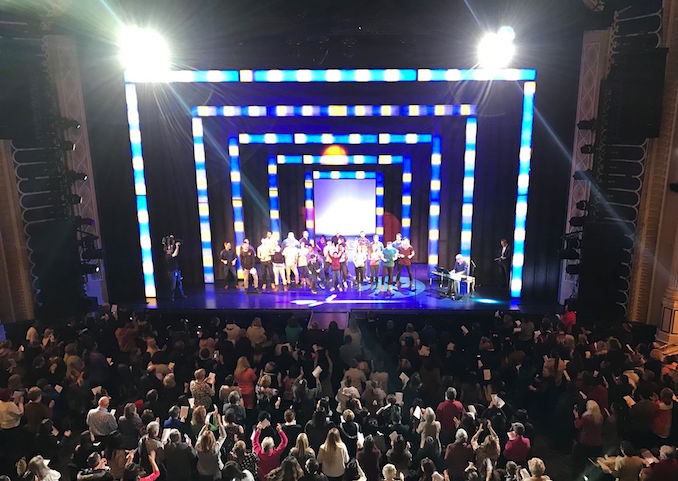 Previously Mirvish did a similar public sing-a-long that had a packed theatre full of guitarists and fans of Once playing the song “Falling Slowly” and trust us when we tell you it was a moving experience that won’t leave our memories anytime soon!

The Bodyguard musical follows the hit film of the same name that starred Whitney Houston and Kevin Costner — a romantic thriller is about former Secret Service agent turned bodyguard, Frank Farmer, hired to protect superstar Rachel Marron from an unknown stalker. Each expects to be in charge. But they didn’t expect was to fall in love. The cast of the musical features the acclaimed London West End company starring Beverley Knight as superstar Rachel Marron with Stuart Reid as Frank Farmer, Marron’s bodyguard. Now on stage at the Ed Mirvish Theatre through May 14, 2017  in Toronto.

Power Ball Will Transform the Power Plant into an Adult Playground